The Schwere Panzerspahwagen (5cm) - The famous Puma - was supposedly the pinnacle of German Reconnaisance cars. It was fast and well armed with the 5cm KwK 39/1 L/60 gun and could engage light opposition easily. The Puma's main gun and co-axial machine gun were fully enclosed in a turret bringing the weight of the whole vehicle up to 11.74 tons. Production began in September 1943 and was halted in September 1944 with 101 vehicles produced in total. 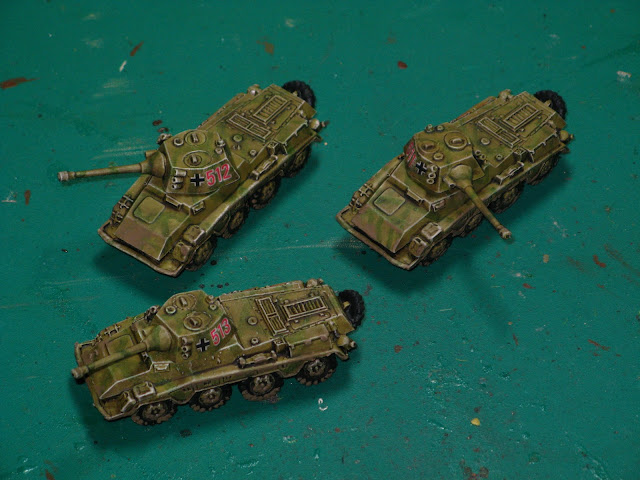 This three vehicle platoon was relatively easy to paint and prepare although I have found the Resin cast hull has some serious weakness in design. In particular the front bumper broke off on two models during construction and had to be repaired with the judicial use of Superglue! It remains to be seen if these battlefield repairs survive the sort of handling they will get in play.
Posted by BigLee at 13:01