Four weeks into the Painting Challenge and I'm keeping up a steady pace and starting to get comfortable with my weekly routine. I'm never going to be in the top ten (not by the end at least) but maintaining a position in the top third is quite good so I'm more than happy with that. It has to be said that I have picked up a lot of bonus points by participating in the Chambers of Challenge bonus rounds and I intend to continue in this vein until the end.

It's taken a while, but I finally have something Historical to post in this year's Challenge! My big 'lockdown project' last year was learning how to play Chain of Command and adapting my existing 15mm figures for that game. Thanks to a bit of judicious re-basing I was able to get some troops on the table really quickly (ie a few months rather than a few years!). Learning the rules and playing games solo was a great experience and I decided very quickly that I wanted to expand my collection. British Airborne was at the top of my list of candidates.

Chain of Command is a Platoon plus sized game so I have painted up an Airborne Platoon and a range of support units to back them up. The core platoon consists of an HQ Section with a Lieutenant and Platoon Sergeant, A Piat Team, a 2" Mortar Team and a Sniper. Then there are three sections, two of which have a Seargeant, five men with rifles and one with a Sten, and a Bren team of three. The final section has two Bren teams each with an additional Sten. A total of 37 men. 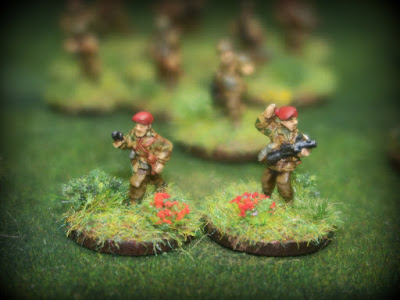 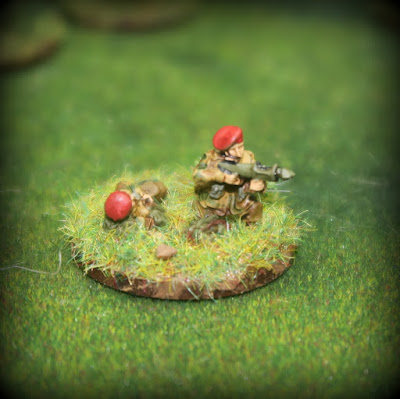 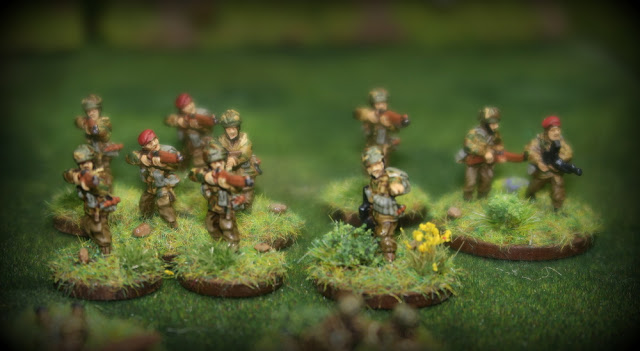 The support units include a couple of additional PIAT teams, a 2" Mortar team, A Bren Team, a Flamethrower Team and a full additional Airborne Section. 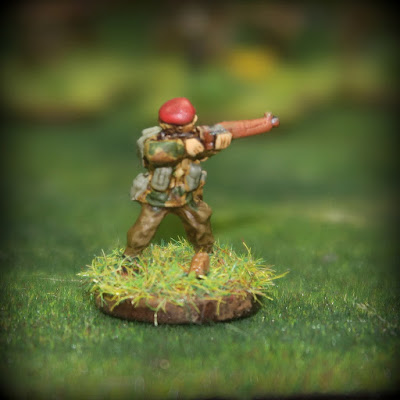 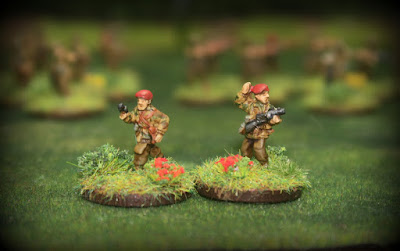 The figures are a mixture of Peter Pig and Skytrex and they work so well together, now that they are painted, I can't tell which figures came from which company. All I can say is they are excellent figures and the two ranges complement each other perfectly.

Gallery of Ancestors - The Brothers Grim

History tells of three Brothers who lived and fought for the City of Felstead before the Cataclysm. Stalwart defenders of the magical metropolis, their reputation was widely known and rightly so. The secret of their success, however, was not what the legend implied because the three warriors rarely spoke with each other and it was their bitter rivalry, not a sibling bond that drove them to outdo each other's deeds. Time marched on, the brothers aged, their bones ached from years of tough living and one fateful day all three found themselves fighting the same fell construct - summoned by a foolish wizard in the city. They were victorious, but at a great price because all three succumbed to their injuries. Despite their rivalry in life, in death, they would be laid to rest together in the ancestral vault, and for a few years, they had peace. Then the magical cataclysm that buried Felstead in ice for a thousand years came and the city faded into memory and then into legend. A thousand years of cold evil magic has permeated their crypt and given their bones new purpose. Now that the city is being revealed from the ice, and new invaders have come to steal its treasures, the brothers have risen again to defend the city of their birth. 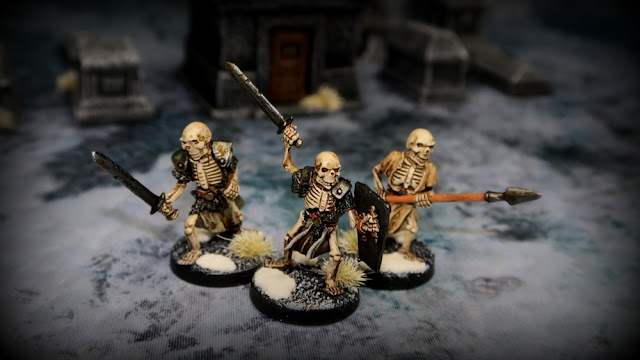 I have a varied assortment of Skeletons in my collection but not all of them are suitable for conversion and use in Frostgrave, so I decided I needed to paint some more. You can never have enough skellies in my opinion. 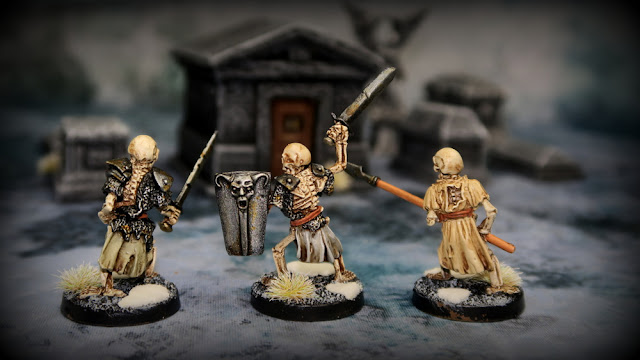 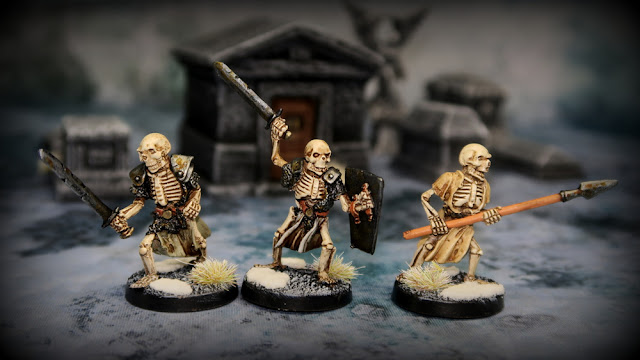 The figures are from Red Dragon Miniatures and came as a set. I really liked the simplicity of the skulpts because they reminded me of some old Games Workshop plastic skeletons I had 'back in the day'.
So another week and progress is strong. I'm already making inroads into my weekly target for week five so expect another eclectic mix of figures in next weeks roundup post.
I'm also working my way steadily through the Chambers of Challenge and enjoying it more with each project. As I mentioned before I'm trying to make as many of these bonus round figures suitable for use in Frostgrave games so they get some usage. It would be a shame if these models just sat around gathering dust. 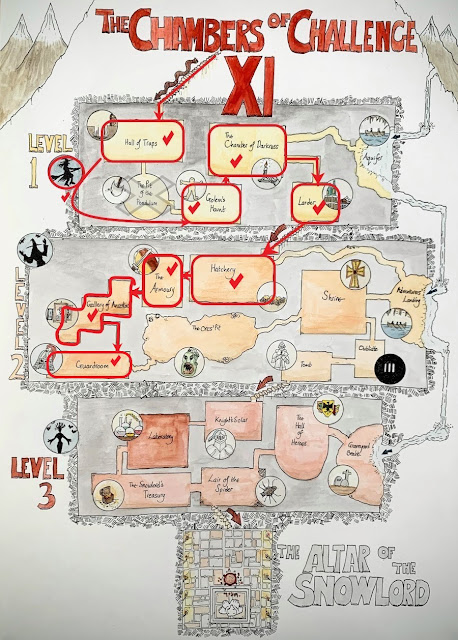 Next week I'll be paying my respects to one of the unsung heroes of every D&D game I have ever played, and hopefully, more British Airborne will arrive...this time in Jeeps!
Posted by BigLee at 12:00