Renaissance Italy was a patchwork of warring city-states, each constantly looking for an advantage over the other. Rich in coin but poor in manpower the states employed large mercenary contingents into their armies. Not, you would have thought, ideal territory for a jobbing artist and inventor such as Leonardo. However, when he was looking for a new patron instead of offering his sword arm in return for payment he offered the fruits of his prodigious mind. 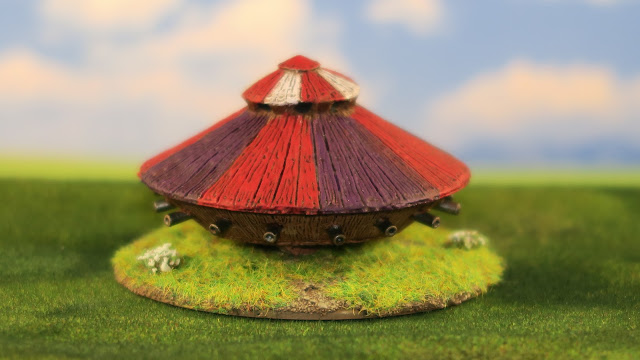 One potential employer was the Duke of Milan and Leonardo tempted him with a new and innovative weapon of war. Writing to the Duke in 1487, Da Vinci stated:

"I can make armoured cars, safe and unassailable, which will enter the close ranks of the enemy with their artillery, and no company of soldiers is so great that it will not break through them. And behind these, the infantry will be able to follow quite unharmed and without any opposition.”

Suitably impressed, the Duke of Milan employed the renaissance polymath. 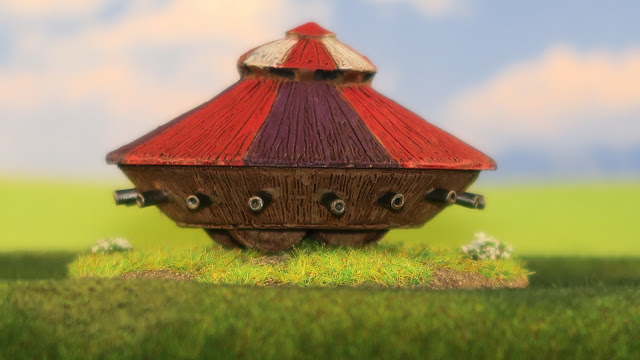 Leonardo da Vinci's fighting vehicle employed a sloped wooden cover to deflect incoming shots and would have been armed with up to a dozen small cannons. The 'crew' of the vehicle would have been very busy indeed, propelling the tank using a massive hand crank and manning the guns once in position. 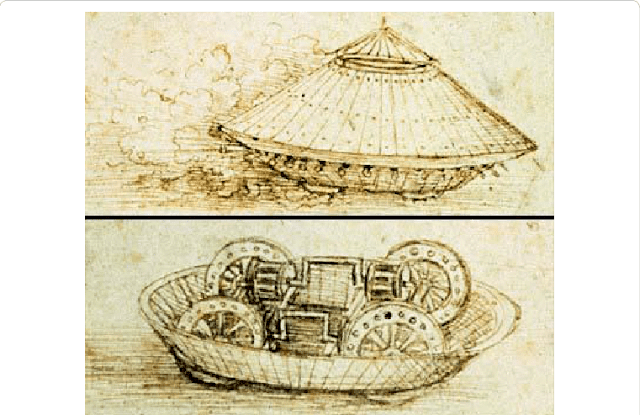 The actual design has some 'obvious' flaws in it, such as the crank system which would have turned the wheels in opposite directions. Scholars believe this was deliberate so that his design could not be stolen and used by someone else. The size of the narrow wheels would also have made the ground pressure very high meaning it would have been useless on anything other than flat firm ground. While the practical application his design may have been lacking, the concept was certainly way ahead of its time.
Posted by BigLee at 16:16