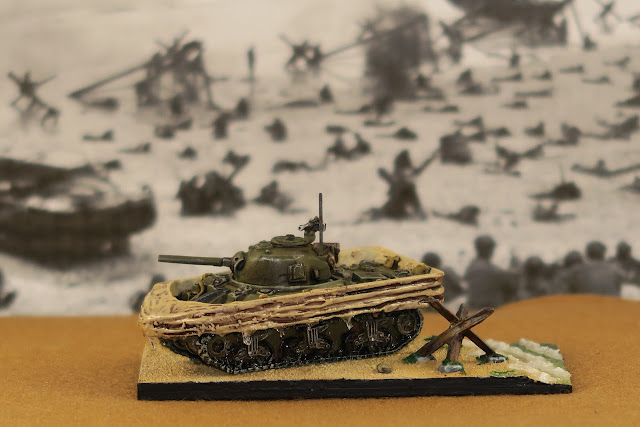 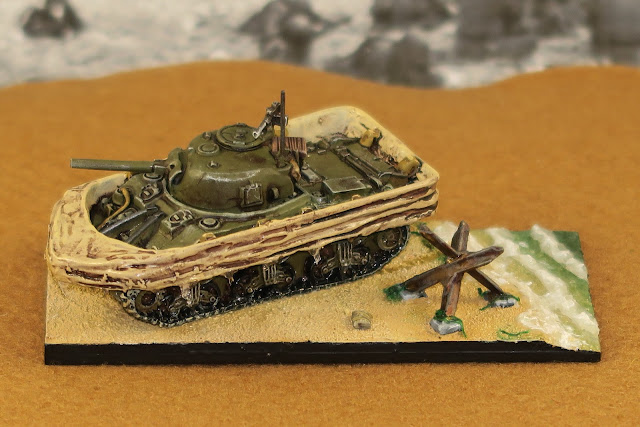 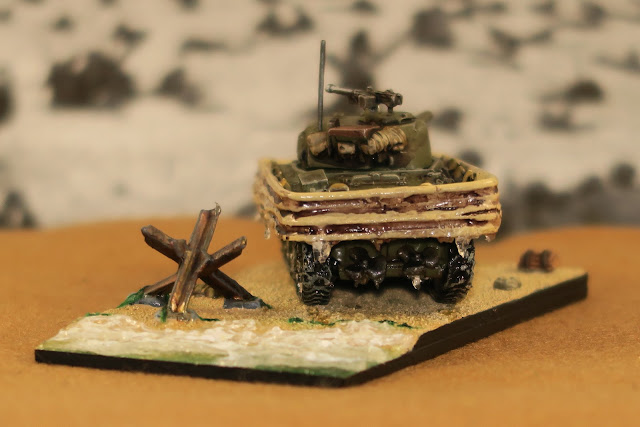 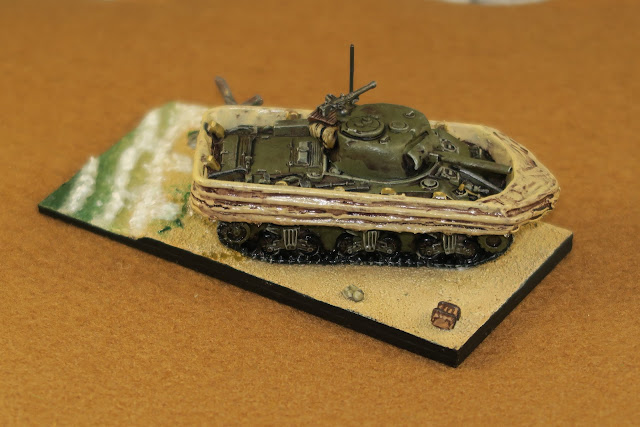 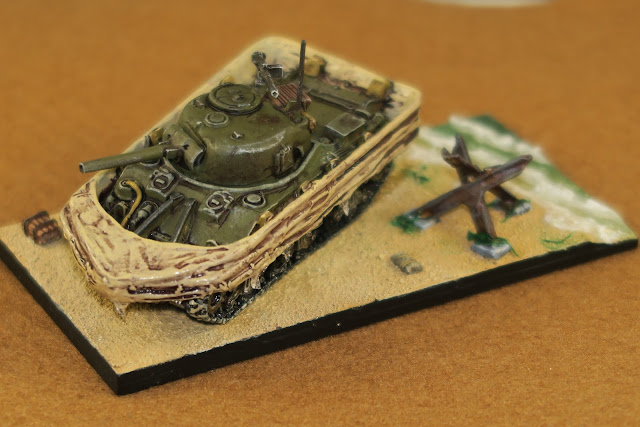 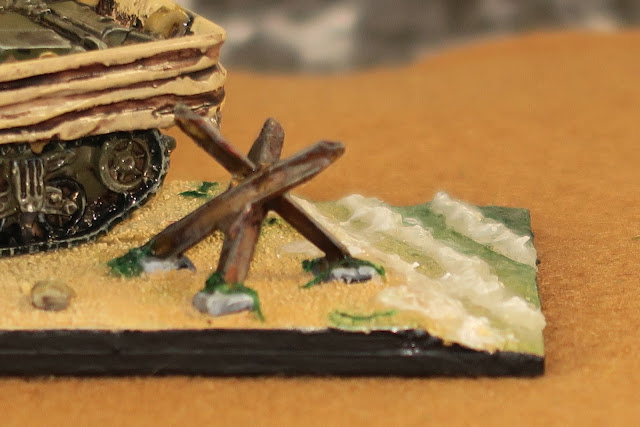 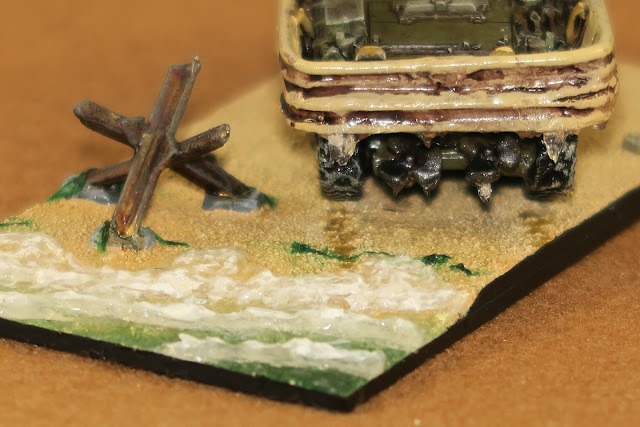 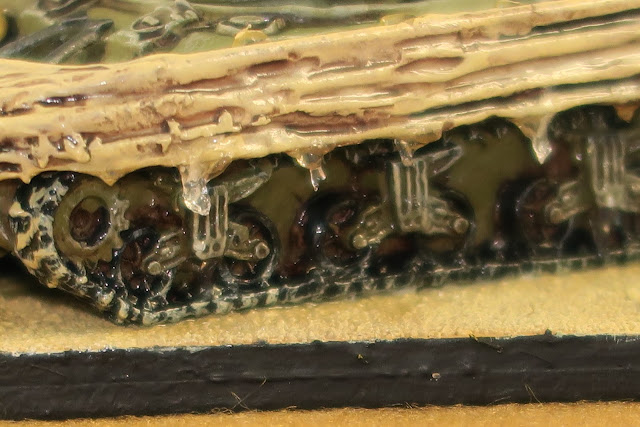 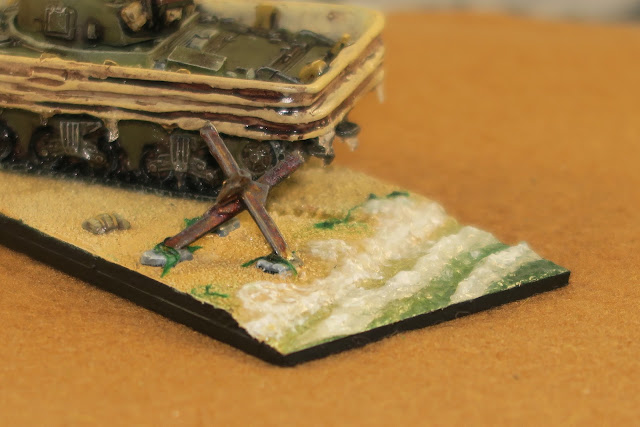 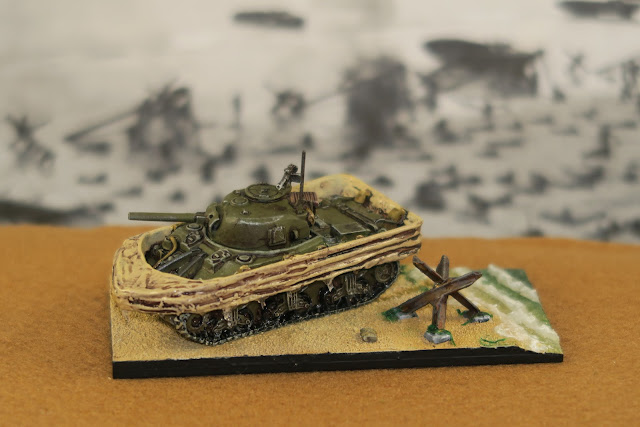 Incidentally, the seaweed along the shore and tangled on the beach obstacle is made from a cotton thread that I died the correct colour (the wife had every colour in her sewing box, except green!). Cut into little sections and frayed up a little I think it looks pretty good as seaweed. I had wanted to add some casualties and weapons to the beach but in the end, I decided that was a little too dark. Besides I couldn't find anything suitable so a few items of discarded stowage finished off the scene.
Posted by BigLee at 07:30