Earlier in the Challenge, I painted some Natal Native Contingent and described how they were given relatively little equipment and their uniform consisted of a red bandana to wrap around their foreheads. Fortunately, there were some native troops that were better equipped. The Natal Native Mounted Contingent were relatively small in number and were formed into six Troops of approximately 50 men each, lead by a European Lieutenant and a native NCO. They were largely recruited from the amaNgwane (a tribe from Natal) traditionally hostile to the Zulus. 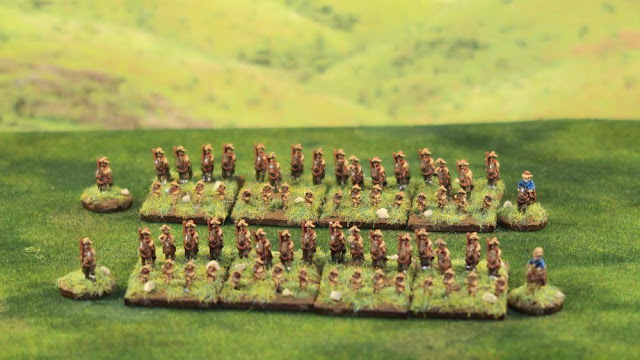 These troopers were much better equipped than the Native infantry; troopers wore a tan-coloured European style uniform, their mount had full equipment and each trooper was issued with a breech-loading carbine. The European officers usually wore a blue jacket, brown trousers and white helmet although there was some variation. I decided to give one of my officers a soft hat similar to the troops under his command. This involved cutting the pith helmet off, then filing down to the brim and using a tiny dab of greenstuff to form the new core of the hat. A bit fiddly on a 6mm model, ill grant you, but it means my two officers look a little different to each other. 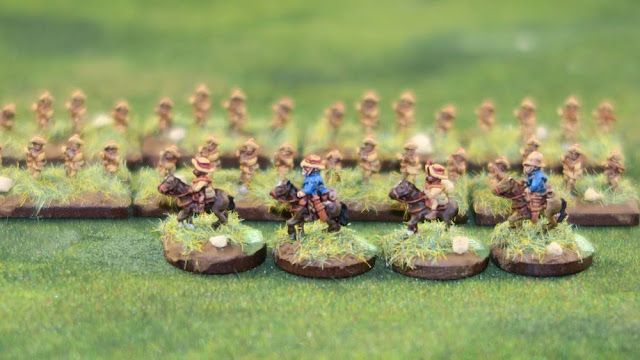 Five troops were present at Isandlwana under Colonel Durnford. They fought well against the Zulu's, but late in the battle Colonel Durnford dismissed them in order to save as many of his men as he could as the battle descended into chaos. Being mounted they had a much better chance of escape and many are credited with having stopped to give rides to desperate British Soldiers fleeting the massacre. Around 200 NNH survived the battle and were reformed later in the war. 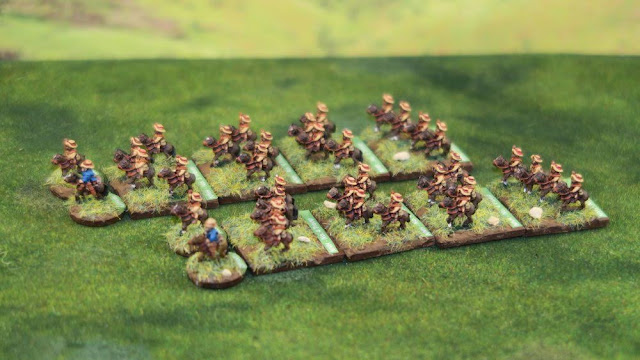 The newly formed Troops of the NNH went on to see action at Hlobane; the Battle of Kambula; and at the Battle of Ulundi. After the war, the NNH was retained as a police force in conquered Zululand, and saw action during the Zulu civil wars which began in the early 1880s. They were finally disbanded during the Second Anglo-Boer War, due to a growing fear that they could side with the Boers. 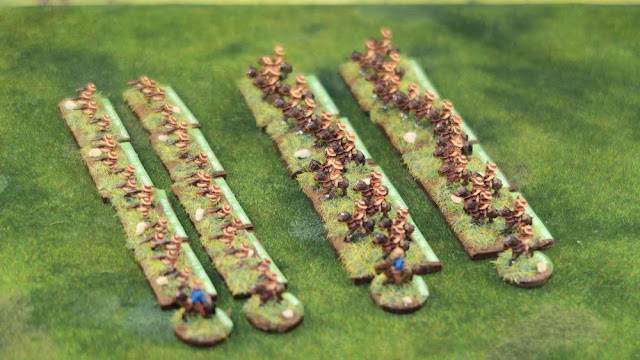