One of the Few

Just a small entry to the Challenge this week. I have several projects on the go at the same time, including the last two bonus round entries. This means I'm very busy but have nothing to show for it! I'm not too worried though as I have made significant inroads in my Challenge target. In fact, the stuff on my desk right now should bring me right up to my aim point, leaving me a few weeks spare...I'd better get my thinking cap on because at the moment I don't have anything else in the pipeline. 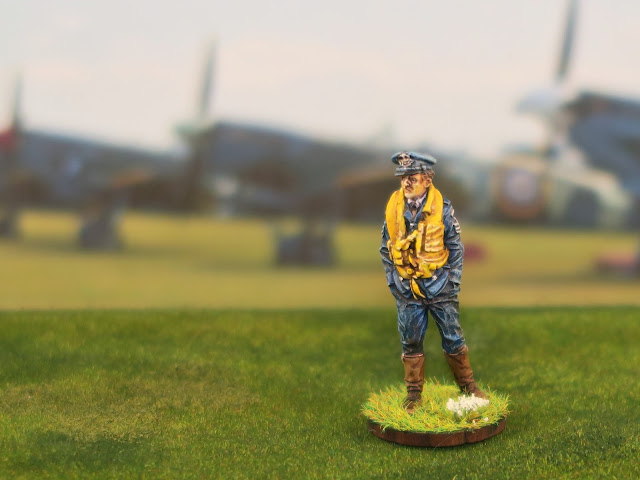 Anyway, this weeks entry is a bit of a departure for me because it is 1/48th scale (a little over 40mm). I bought it to accompany a 1/48th Spitfire from Revelle that I received at Christmas. I may yet paint that for the Challenge, but it has been years since I attempted a kit model as complicated as this and so far I have chickened out of starting it! So you get the Pilot first, with the possibility of the aircraft at a later date. 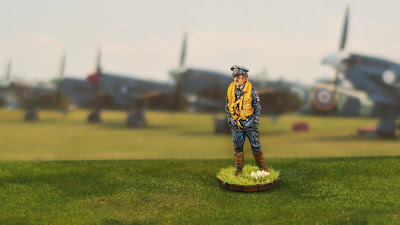 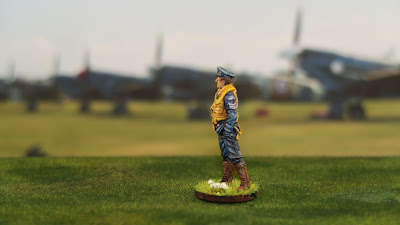 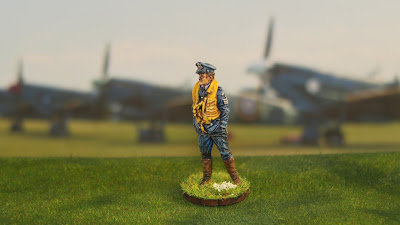 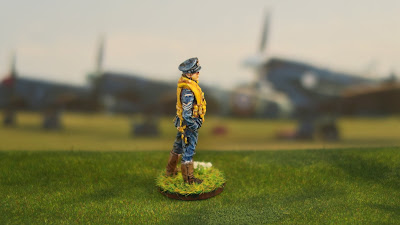 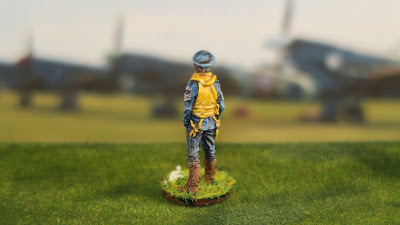 This resin model of a British Airman is made by a Czech manufacturer and I bought it through a German supplier! The quality was excellent with just a little bit of resin flash that was easily removed with the edge of a blade. Other than that and a wash to clean the surface before priming no other prep was needed. 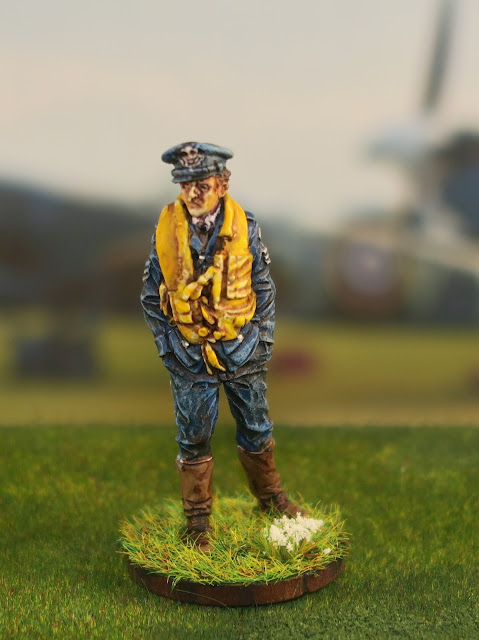 Hopefully, I'll have more to present next week. I'm halfway through some Natal Native Horse and a heavy parcel filled with tanks has just arrived from Peter Pig!
Posted by BigLee at 07:30