The 'Sport' bonus round has given me more headaches than any of the others. I have a moderately sized lead mountain at home (or so I keep telling the wife) but despite rummaging through it several times I couldn't find anything that I could shoehorn into this category. Then I remembered a model I had seen in Wargames Illustrated a while back and I started hunting... Lo and behold it was one of their Moments in History specials, and they still had some in stock. 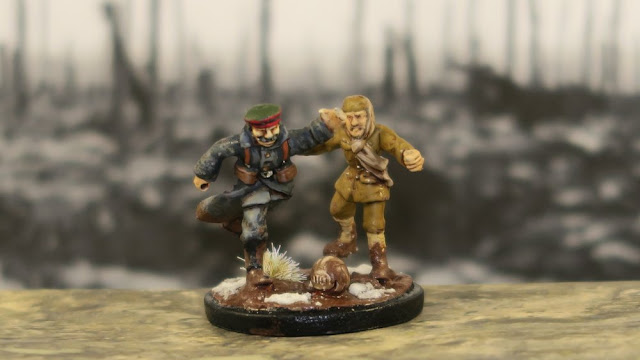 The Christmas Truce of 1914 has been popularised and mythologised so much that the story has taken on a life of its own. It has come to symbolise the humanity of the ordinary soldier in the midst of an inhumane war. But the truth, like most history, is a little different. Unofficial truces - where local units allowed each other to bury dead or rescue wounded - were part of the live-and-let-live attitude most prevalent in the early part of the war. But December 1914 was different. Troops on both sides were coming to terms with the realisation that the war wouldn't be over by Christmas after all. 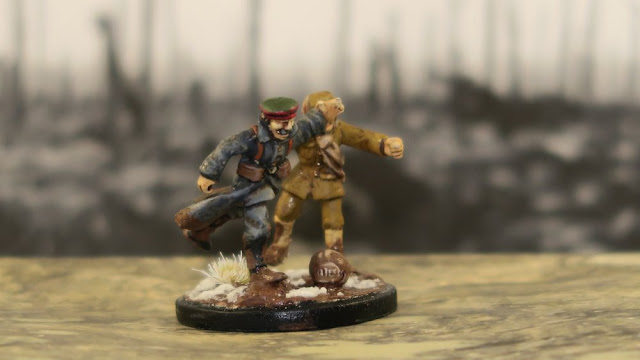 In some areas of the front troops came out of their trenches, exchanged gifts and even had impromptu kick-about's with footballs. There isn't any evidence of an actual 'match' being played but the idea has become so mythologised over the years that the story has become stronger than the history. 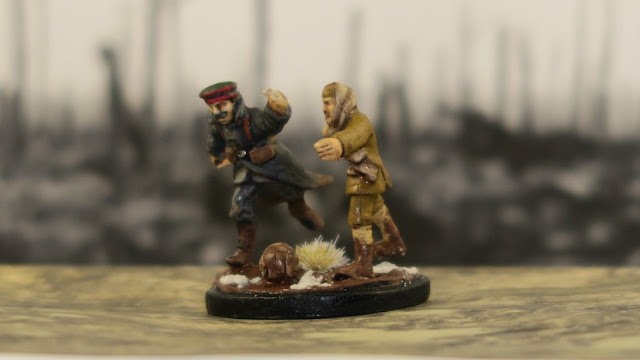 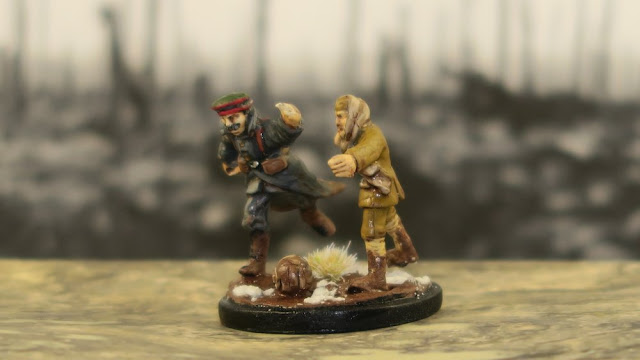 This model, or rather the varnishing of it, gave me some headaches. I use spray varnishes for most of my projects with multiple coats of W&N gloss varnish followed by a couple of coats of W&N Matt. This time I think I was rushing a bit and put a thicker than usual matt coat over a gloss varnish that hadn't finished drying... queue a cloudy finish and crackled surface which I only noticed several hours later after it had dried... EEEK!! Thankfully a thin layer of brush-on gloss recovered most of the damage and the unrecoverable bits were given a touch up of paint. Panic over, and entirely my own fault. That's what I get for rushing!