The 'Dongo' was a small two man scout car first conceived in 1938 as the British army started to embrace the idea of mobile armored divisions. Several concept designs were produced, all roughly similar, but it was the BSA prototype that was eventually selected, although they kept the 'Dingo' designation that Alvis had given their rejected prototype. Initially armour was only designed to resists infantry rifle fire but on the army's insistence the frontal armour was increased to 30mm. However it was the vehicles low profile and speed, even cross country, that was its main defense. 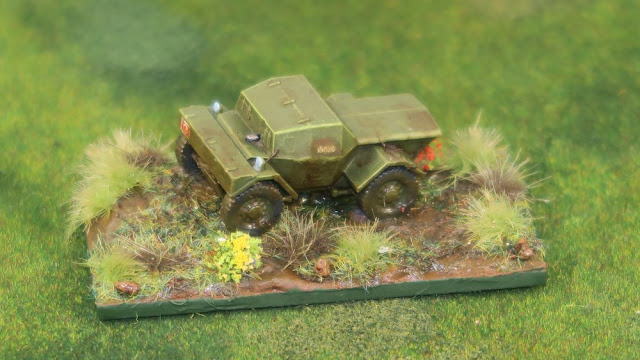 The Dingo had an extremely long range and relatively tight turning circle making it ideal in its role as a scout or recon vehicle. The transmission consisted of a pre-selector gearbox, with five forward gears and five reverse gears, allowing steering with all four wheels. The system was very flexible but difficult to master and later models just has front wheel steering. 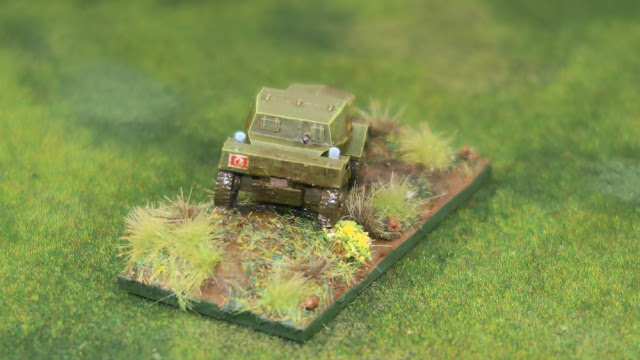 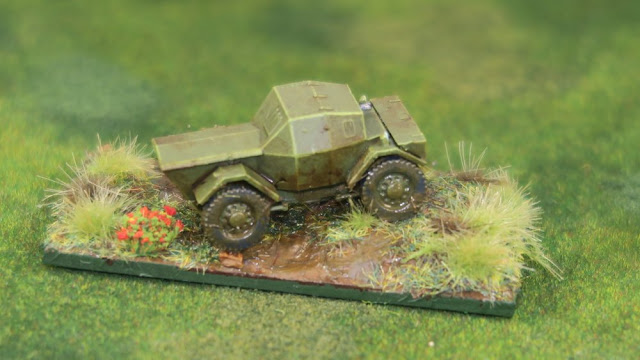 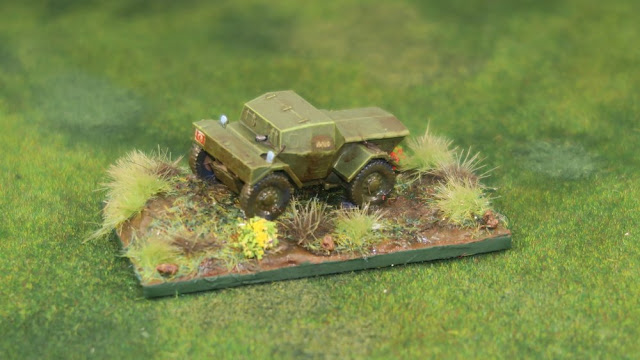 The Dingo saw service throughout the war and continued in the British Army well into the 50's and 60's and in overseas forces even into the 1970's. 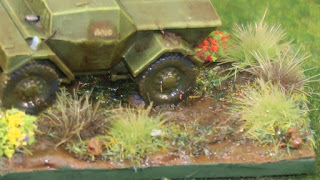 The model is from Zvezda and is a relatively simple to construct and paint. The model clips together although I used glue to strengthen the joins and fill any gaps. In the end I spent more time working on the base than on the vehicle. I particularity focused on making the ground look wet and muddy, to emphasis ths vehicles exceptional off road ability. I did this using a Vallejo texture paint, plenty of varied vegetation and by using a mix of varnishes. I used a brush on Dullcoat (Testors) for 'dry' areas which gives a perfectly flat finish. For the wet areas I used Windsor and Newton Gloss because it gives a really nice shiny finish.
Posted by BigLee at 07:30