Way back in the sixth Analogue Hobbies Winter Challenge I painted a Polybian Roman Army. I'd always wanted to expand it with more Hastati, Principes and Triarii but as with all good intentions it never happened. So three years after I first started this army I am finally getting round to expanding the ranks of my Romans. I had planned to paint these one group at a time but after working through masses of Zulu's last year that felt a bit lazy so I have done the whole lot as one entry. As you'll probably notice the last rank (the veteran Triarii) are just two bases worth. That wasn't intentional, I had ordered a pack of 96 figures but was only sent 48 and didn't realise until I was ready to start. My wife gave them to my for Christmas so when they arrived over a month ago I just handed the pack to her and didn't check my order. Rather than delay working in these I decided to paint what I have got for now and worry about the two missing units later. 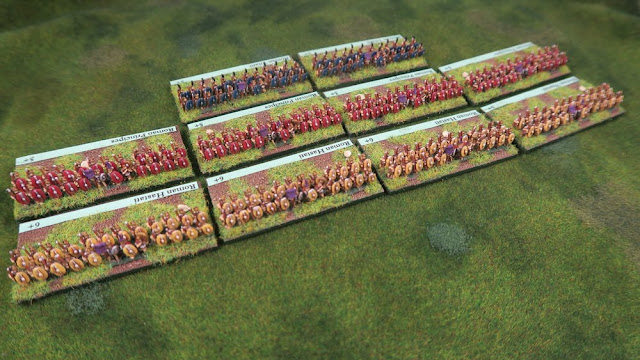 I made a concerted effort to paint and base them exactly as I did the first legion. The only exception for this second legion was giving them a different colour banner. 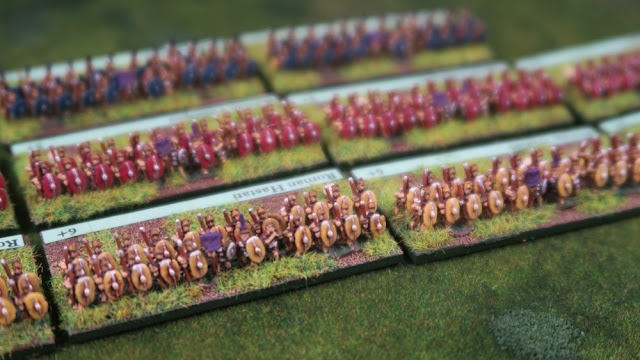 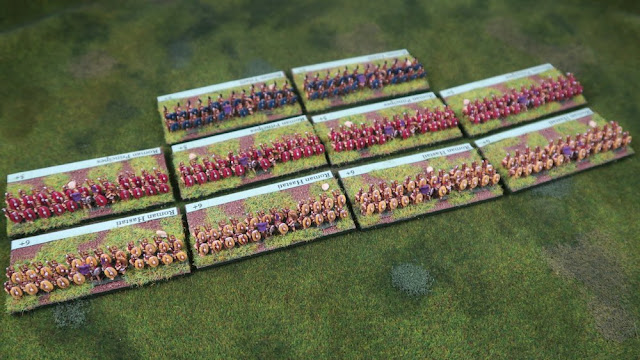 Just to prove I have indeed painted these (not just recycled the minis I did three years ago) here is a side by side picture of the whole lot.

And here is a picture of them deployed for battle in a pattern approaching the Quincunx formation with the seasoned Principes covering the Hastatii in front and the veteran Triarii at the back covering the Principes. It was a bad day if the Triarii were ever called into action because that meant the front two ranks had been beaten and fallen back.

I've also completed some more Elephants for my Carthaginian army. I painted four of these back in Challenge VI basing them in pairs. Almost from the moment I finished them I wasn't happy with the way they looked, and felt I ought to have more per base. So this time around I have bought another four Elephants and combined them with the four I painted back in 2016. 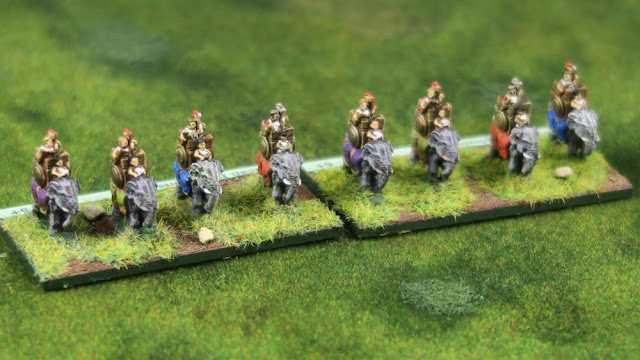 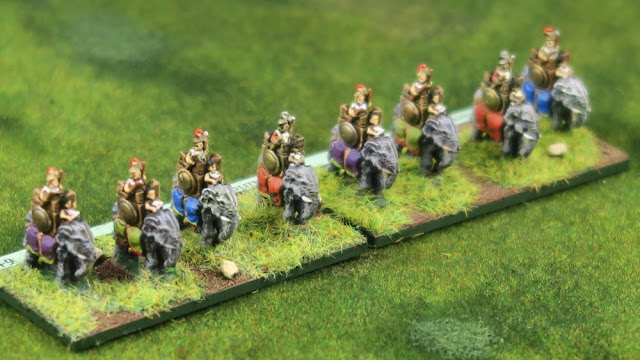 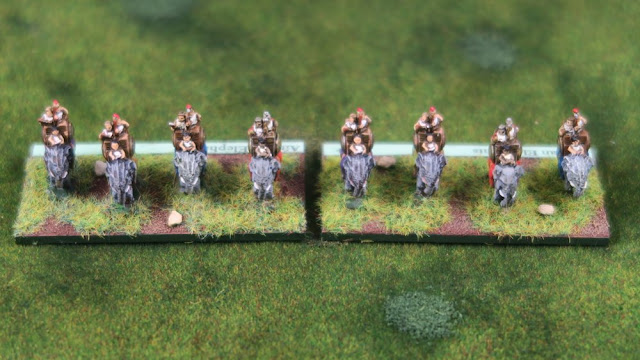 The colour is a shade different in the four new Nellies but its cliose enough and the finished bases look a lot more intimidating.

Now I need to think about expanding Hannibal's army even more with some more Celtic allies. I'm going to busy!
Posted by BigLee at 08:00