So this week I'm departing from 6mm ancients to fast forward in time to WWII and a trio of 15mm tanks. These are M4A2 Sherman tanks by Peter Pig but they could also be used as M4A3's with the larger 76mm Gun. I have painted these in British service where they were known as the Sherman III. I'll be using these to play What a Tanker and will be teaming up with the Sherman VC (the Firefly) that I painted in Challenge Eight in a series of games I have planned for the summer. They will be facing off against a series of increasingly dangerous scenarios, culminating in battle with a King Tiger. 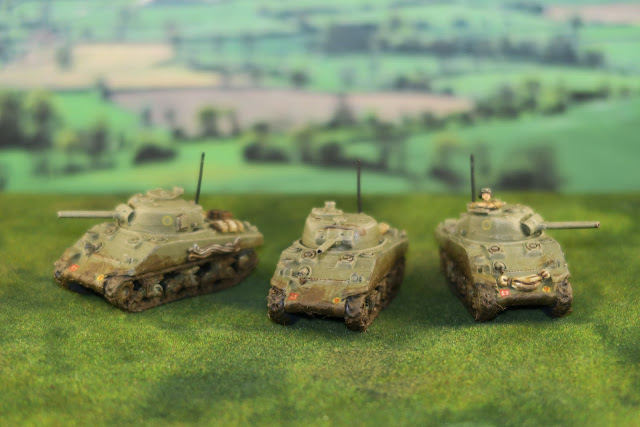 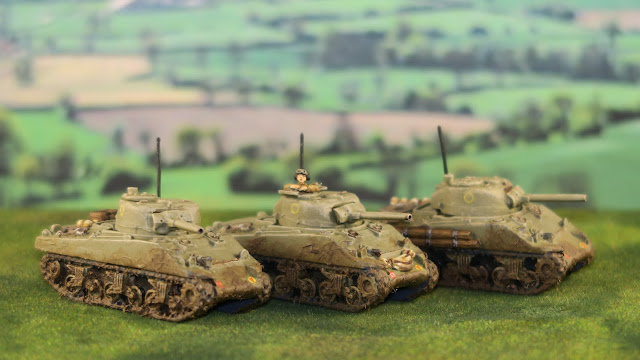 I've painted these lend-lease tanks as belonging to the 8th Armoured Brigade as this unit was issued with Sherman III's and Sherman VC for the Battle of Normandy. 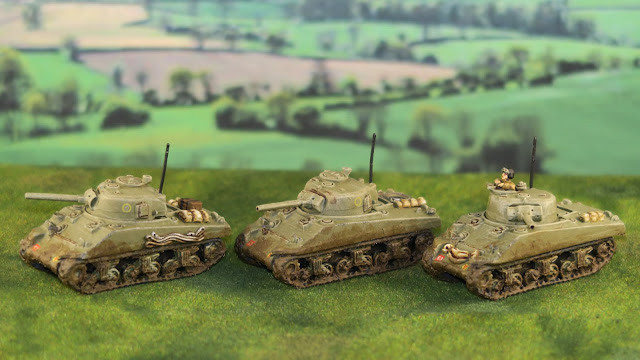 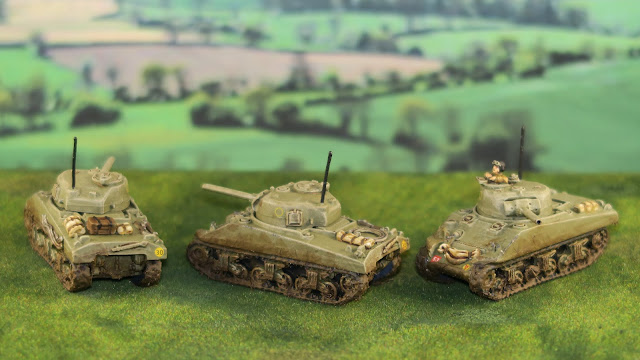 As with my earlier Dingo Scout car I used a Vallejo textured paint to muddy up the tracks and lower hulls of these tanks. This stuff hardens quickly and can then be varnished along with the rest of the model. 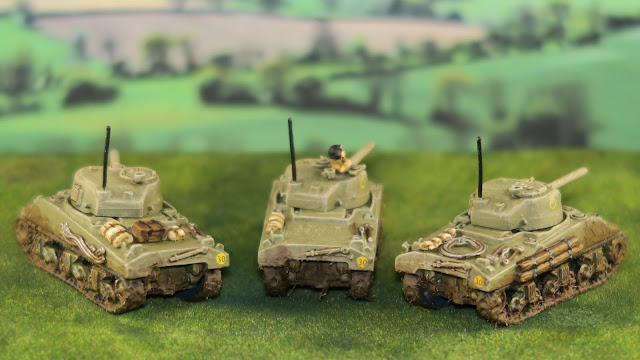 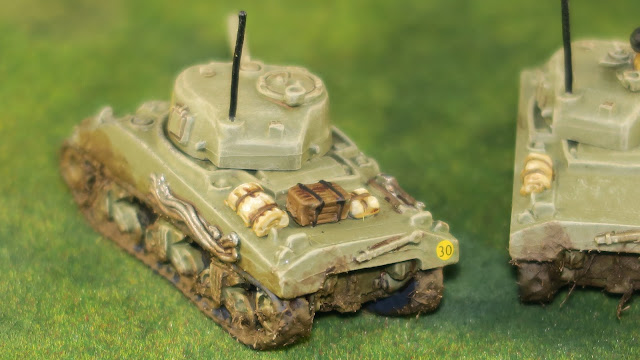 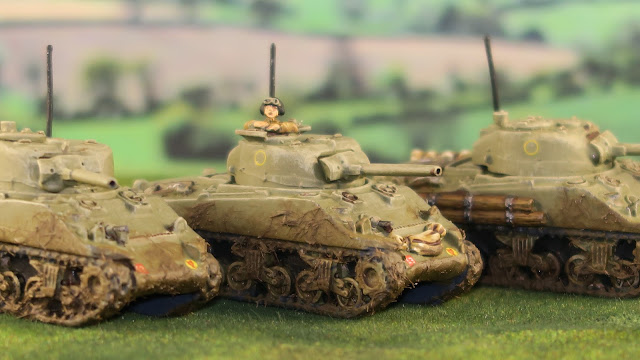 I've also completed a small bit of terrain this week. I wasn't planning on doing this as all, but once the itch started I just had to scratch! I bought the hedges to make Boccage but when they arrived they were much too small. So I decided to base them us as was so they can be used as low hedges (each is about 1cm tall so idea for 15mm). I do have some larger bushes that may be turned into boccage later in the challenge if I find the time...of the need to make terrain overcomes me again! 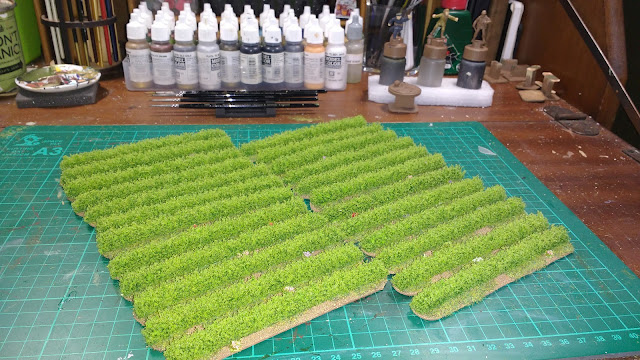