Bonded Servitude to the Snow Lord

Or "How I learned to stop worrying and love the Challenge".


For the uninitiated, here is a little story... Once upon a time a Crazy Canadian and his snow bound mates decided to challenge each other to paint their respective lead mountains during the winter months. The Snow Lord expanded his ranks, opening up entries to a growing band of thralls. One year over a hundred took part, but that way lies madness, and now the Analogue Hobbies Painting Challenge regularly hosts about 80 participants. I've taken part in four Challenges with this winters festival of painting being my fifth entry. 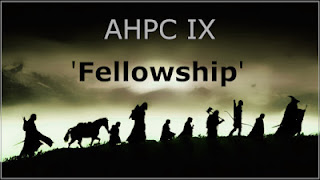 The fun kicked off on the 21st December and we are now a couple of weeks into the 13 week event which ends in March. This year I have set myself a modest target but this still adds up to a lot of painted lead and several existing projects rounded off after years building. My approach to 'the challenge' is to plan carefully, with room for the unexpected, but to push myself in terms of output; I always end up painting more than I expected I would.

This year there is an added dimension to the challenge for me, because I have been asked to help out as one of the Judges or 'Minions'. A couple of months ago I received an email from Curt Campbell asking if I would like to help judge this years Analogue Hobbies Painting Challenge. I didn't need to think about my answer and immediately replied yes, count me in. Being asked to be a 'Minion' is a great honor and a duty that I hope I can discharge without too many foul ups! My first judging day was Tuesday and everything seemed to go smoothly. To be fair it was a quiet day for entries and I expect the pace to pick up as the Challenge progresses.

My own painting plan is progressing well and I'm already ahead of schedule. Mind you I'll need that edge later in the competition as I know I have a weeks holiday planned that will bring painting to a temporary halt. Overall though the Challenge is a great motivator and for several years now I have got the vast majority of my painting done in the three months it runs. On my 'plan' for the year are several extra units for my 2nd Punic War armies; additions to my Anglo Zulu War project; and lots of 15mm tanks for North Africa and Europe games of What a Tanker.  Its going to be a busy few weeks!