Last night we found that our long lived and much loved hamster had died in his sleep. Caesar was nearly three, making him a very old gent in Hamster years. The last few months he has been less and less active and has slept more than usual, so we knew he was on the decline. None the less it was a sad moment and the house won't be the same without him.

Caesar was a Golden Hamster, was very intelligent and had a very sociable disposition. When he was younger he would climb the walls of his cage and swing from the roof by his teeth (I kid you not). He never bit anyone, even when we tried to cut his claws, an activity he clearly didn't enjoy. He had the cutest little squeak and enjoyed being held and stroked making him an excellent pet. He was also quite partial to wargaming... I took this photo of Caesar reviewing the troops only last week. 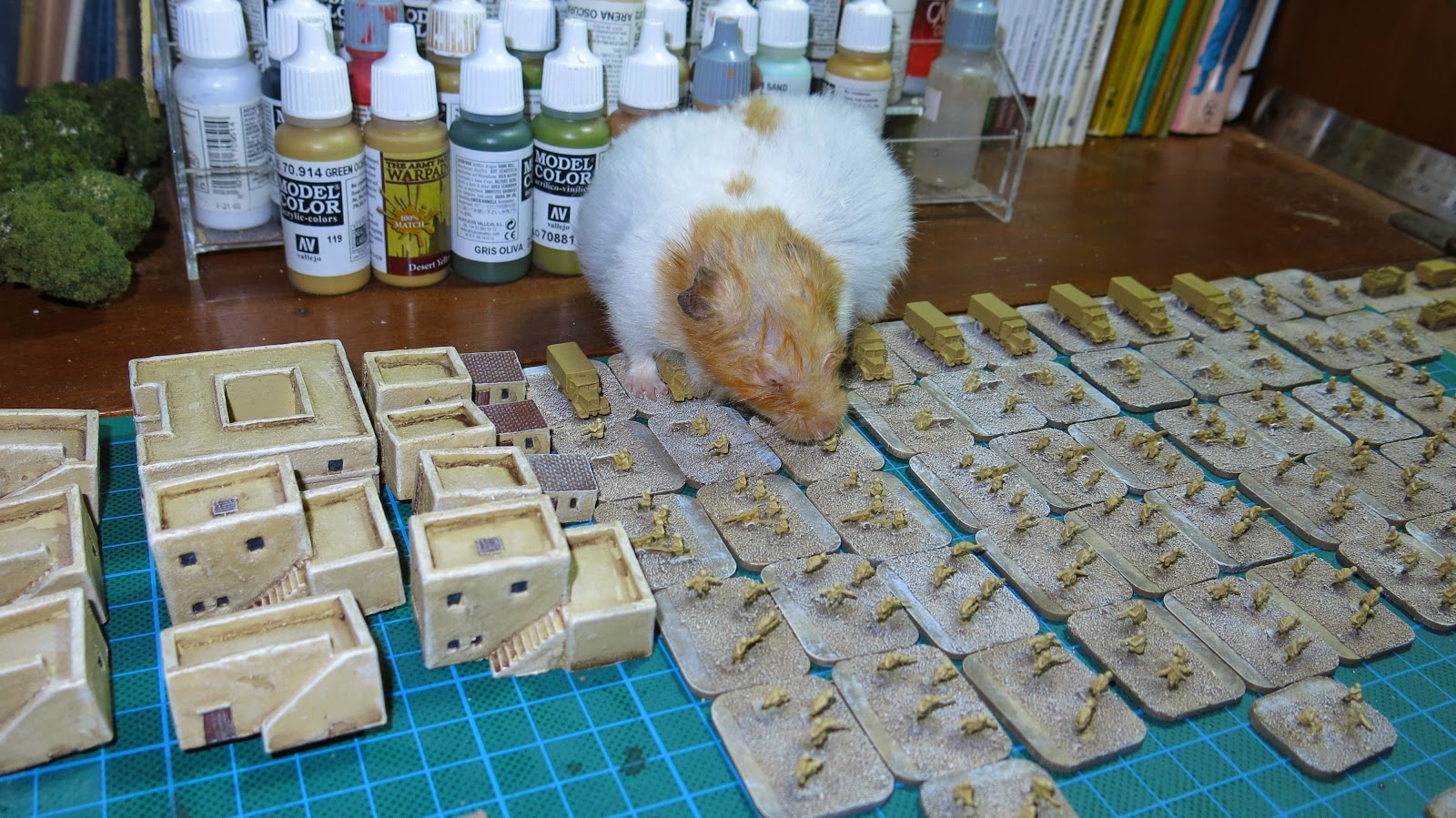 I'd often take Caesar over to my paint desk to show him what I was working on and he would look up at me with his big pink eyes as if to say "I'm not sure about the highlighting on these" or "wouldn't you prefer to paint Romans?".
Posted by BigLee at 08:33

Email ThisBlogThis!Share to TwitterShare to FacebookShare to Pinterest
Labels: RIP