One last Italian Platoon before I move on to a few terrain items I need to complete. I've painted a few 20/65's before but those were mounted in the back of LRDG Chevy's. This is the first batch I have done for my Italian forces and these are mounted on the back of a 3-ton truck. 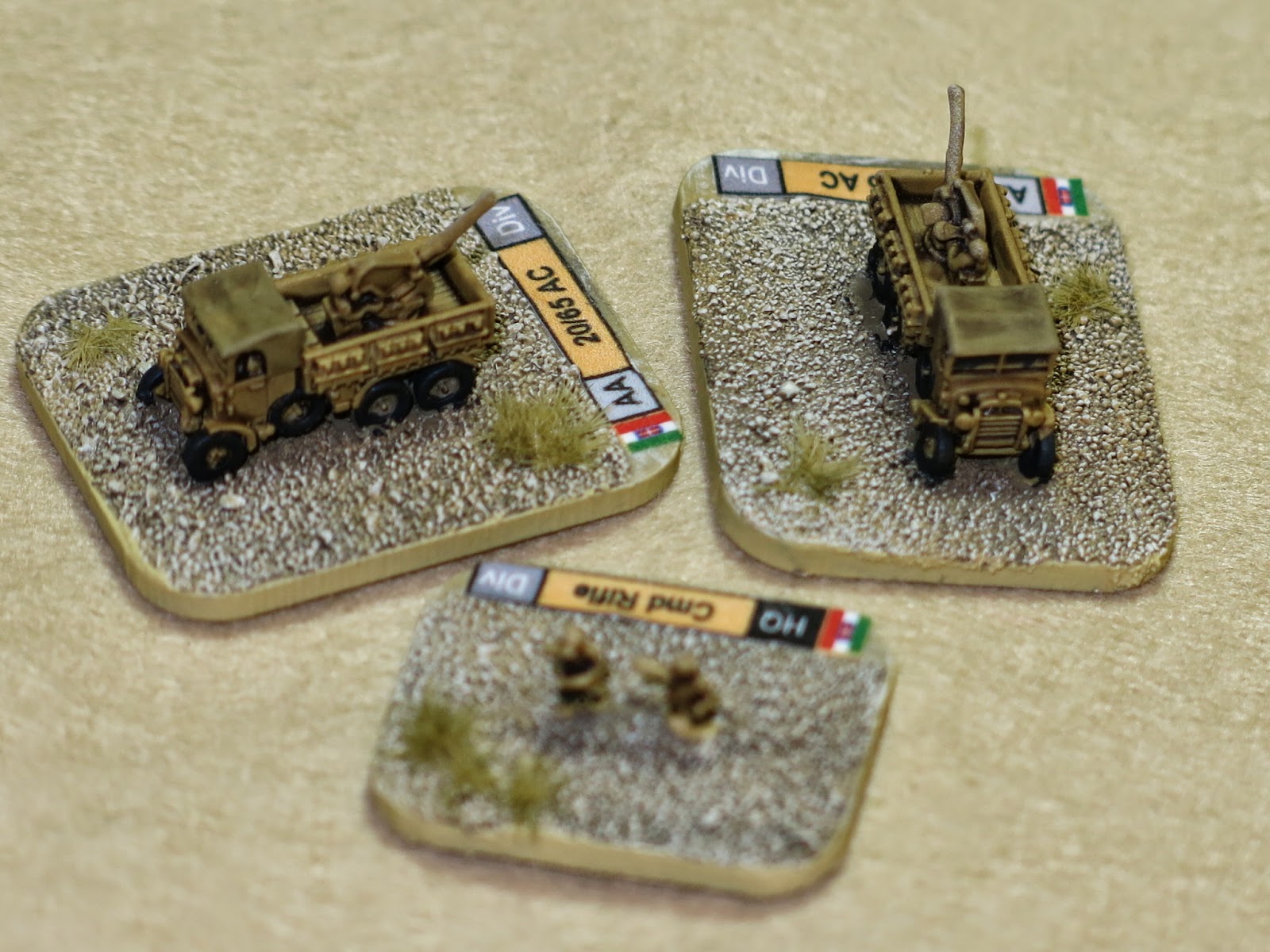 The 20/65 was a good AA Gun but was fast becoming obsolete and in its Anti-Aircraft role. It continued to be used against armoured ground targets but even in this role by 1942 it was becoming ineffective. The gun continued in service now downgraded to use against soft skin vehicles and lightly armoured reconnaissance vehicles. 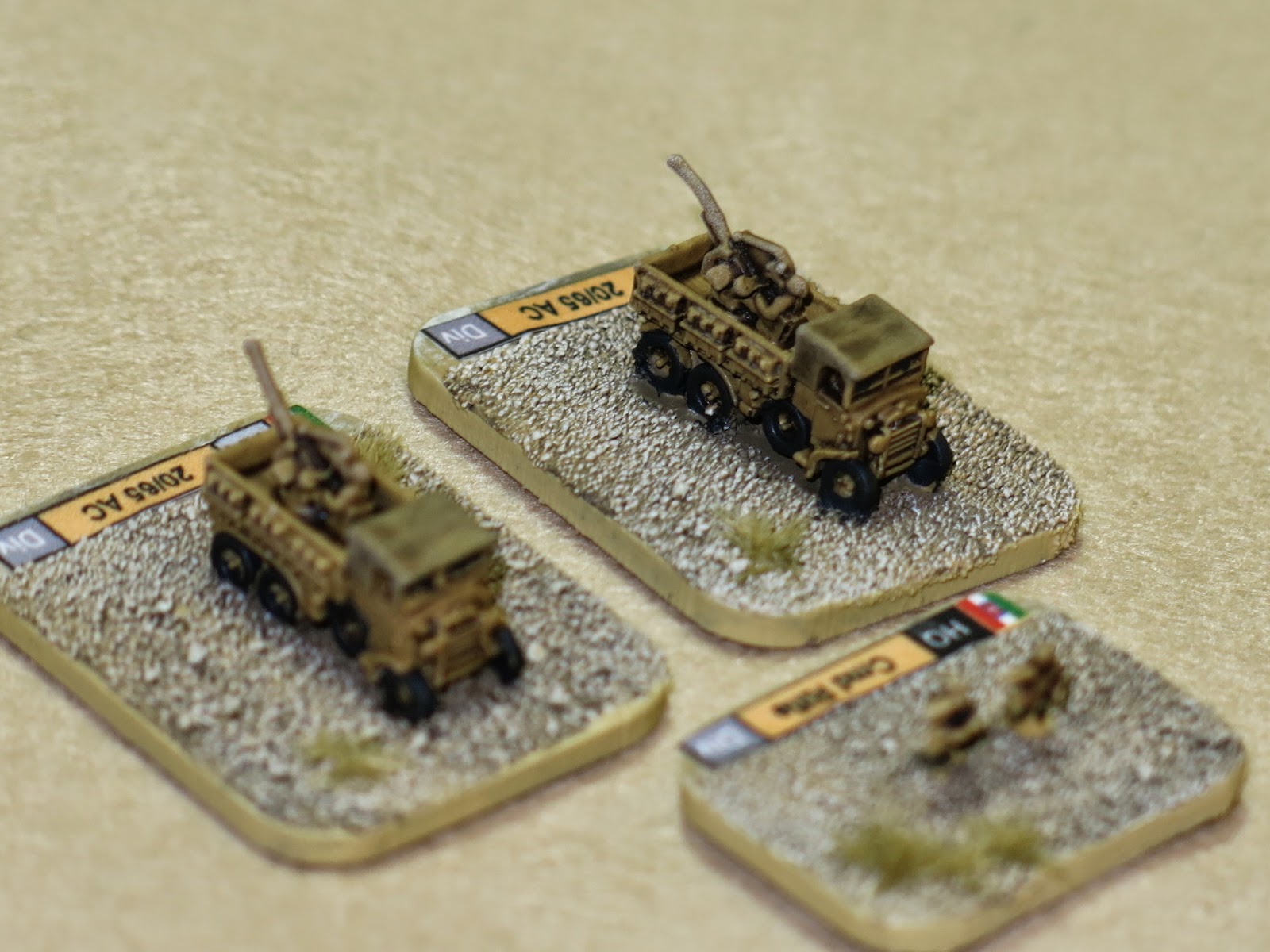 Many captured Breda 20/65's were used in allied units and were mounted on a variety of vehicles including LRDG Chevy trucks. This truck mounted version of the gun has a Range 24” and a Rate of Fire of 4. Mounted on a turntable this gun has a 360° arc of fire making it a dangerous weapon if used properly.
Posted by BigLee at 07:34