Another Friday game night and another no-show.... sigh. The Delvers were due to gather tonight to continue our long (so long) standing 4e campaign. Its just occurred to me that if we keep going at this speed it is quite possible that we will have played a single campaign for the entire lifespan of this edition of the rules! Of course that's becoming increasingly easier as the period between new editions gets shorter and shorter...but that's another issue! 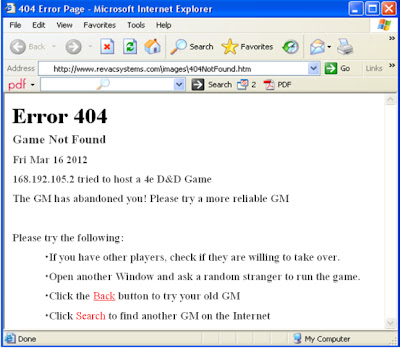 The cancelled game is unavoidable (the EvilGM is away on business) but it's damn frustrating. It's a bit late notice to throw something else together so the evening has sort of fizzed out. Of course the up side is that it is now 'open season' on the GM. He can hardly cancel at such late notice and not expect some pee-taking!

Or I guess I could just get on with the half dozen painting projects that litter my desk.
Posted by BigLee at 17:02