One of the things I love about writing a gaming Blog and following similar sites is the feeling of community it creates and the friendships that this brings. Thanks to BLMA I am now a member of Posties Rejects, get to play a wide range of rules and periods. But I also love the fact that as a 'community' we not only share ideas we also sometimes share freebies! Last week I found out that I had won a book from The Blog with No Name and I was so chuffed with this little slice of victory that I decided to run a similar prize give-away competition for BLMA's followers.

The Prize: I actually have two prize's and I'll give the winner of the draw the option of which he/she would like.

Wellington's Victories by Matthew Morgan is a book of fascinating trivia about the lives of British troops between 1797 and 1815. It looks at every aspect of the soldier's life, from rates of pay and his life in camp to the small arms and artillery he used in battle.

British Tanks at War is a DVD produced by the Imperial War Museum and contains five films from their collection. These cover tank design, recognition and fighting tactics. Tank Battle shows how an armoured formation goes into battle. Ten Tips for Tackling Tanks on methods of attacking tanks. Spot That Tank is a 1942 AVF recognition film. Tank Patrol is a M.O.I. dramatisation and Birth of a Tank is a 1942 M.O.I film following the construction of a Valentine tank. 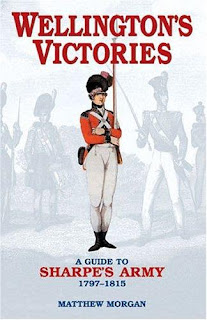 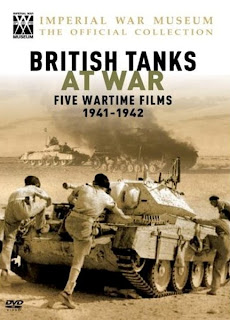 The Rules: If you want to be included in the draw its simple enough as there are only two rules:

I'll select a winner from the list next Saturday (the 10th) so if you're not yet a follower now is the time to join up and share in a chance of winning.
Posted by BigLee at 06:00