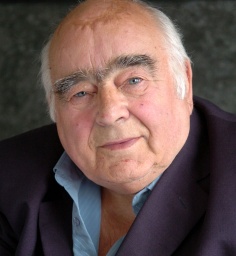 On Monday the Mail and other newspapers reported the sad death of Joe Ekins. On the 8th November* August 1944 Joe was the gunner in a Sherman Firefly advancing towards St Aignan de Cramesnil. His troop of tanks were parked in an orchard when a platoon of Tiger Tanks passed about 800yards in front of them, the spearhead of a German counter-attack. In a little over 12 minutes Joe had knocked out three of the four Tigers, including one commanded by the German tank ace, SS-Hauptsturmfuehrer (Captain) Michael Wittmann.

You can hear Joe in a Veteran Podcast describing his encounter with Wittmann on the Tank Museum website.

I never had the pleasure to meet Joe but in all the TV interviews he gave he always seems to be an especially self effacing and humble man. Another hero has gone and we are left just a little bit poorer for his passing.

*[Apologies folks, a typo got through the net! Wittmann was killed on 8 August 1944 while taking part in a counterattack ordered by Kurt Meyer of the 12th SS Panzer Division, to retake the tactically important high ground near the town of Saint-Aignan-de-Cramesnil.]
Posted by BigLee at 09:19