Last week I posted pictures from my recent trip to the War Horse Exhibition at the National Army Museum in Chelsea. I've now had a chance to work through the pictures I took of the rest of the museum and these are shown as a slideshow at the bottom of this post. I've never been to this museum before but I have to say I was very impressed. Its very family friendly without loosing interest for the older visitor or history buff. There are lots of models and hands on displays throughout the building that will keep children of all ages (and I count myself amongst them) happy and engaged.

One of my favorite exhibits was William Siborne's famous model of the Battle of Waterloo. In 1830 Siborne was commissioned to construct a model of the Battle of Waterloo and thus began an extensive period of research during which Siborne contacted many of the surviving allied officers for their recollections of the day. The model was not completed until 1838 and nearly bankrupted him in the process. He also earned the enmity of the Duke of Wellington as his research appeared to contradict the Dukes own account of the battle. 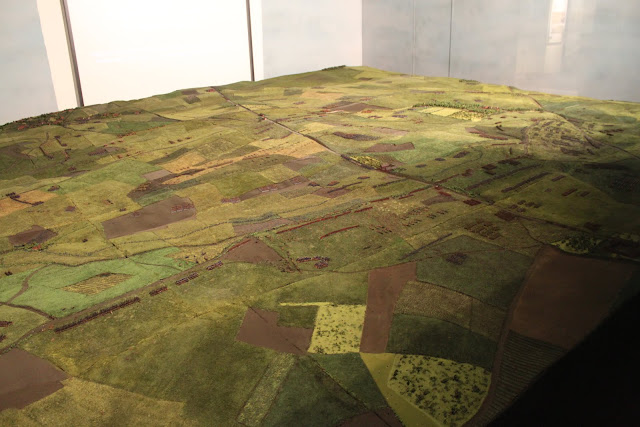 On the top floor there is also an art gallery with several famous works in it that I didn't realize were held here. One is the well known 1879 painting by Charles Fripp of the Battle of Isandlwana. This image has been reproduced so many times it has become iconic and instantly recognisable. Although Fripp was not a witness to the battle he was able to visit the scene a few weeks later where the bodies of the fallen still remained.


Here's the rest of my pictures from the museum. I hope you like them. As always if you see any errors with the labeling please let me know and I'll make any necessary corrections.

I was also very impressed with the museum shop. Most of the stuff you find in these sort of shops is usually just overpriced 'tat'. By here there was an excellent selection of books and gifts, with a range of prices to suit all pockets. If you can get a chance to visit this Museum I think you'll be impressed both with its accessibility and the comprehensive collection they have on display.
Posted by BigLee at 13:00