I have been exploring some old PC games that I discovered yesterday. These included the Talonsoft Battleground series. They are pretty basic by today's standards but the thing I always liked about these games was the use of music and sound effects to enhance the playing experience. One of my favorites was Antietam 1862 so I decided to see if I could play it today. Despite being twelve years old this game loaded well on my laptop and played smoothly and flawlessly. 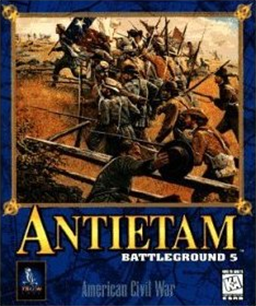 Antietam (known as the Battle of Sharpsburg to the South) took place on September 17th 1862. In just one day more than one hundred thousand men join in a battle, little knowing that it would result in over twenty three thousand casualties - the single bloodiest day in American history. Union Army Maj. Gen. George B. McClellan launched attacks against the vastly out-numbered force of Confederate General Robert E. Lee on the banks of Antietam Creek. Lee committed his whole force to the defence while McClellan was more cautious and sent in less than three quarters of his available troops. Despite horrendous casualties Lee retained possession of the battlefield for another day and was able to withdraw most of his army back into Virginia. 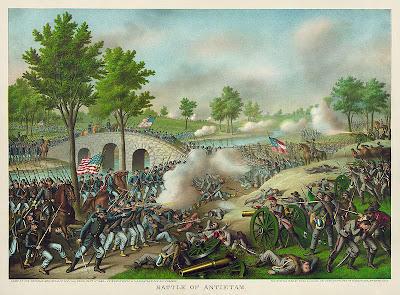