The Analogue Hobbies Painting Challenge is continuing apace and true to its purpose it is keeping me on task. Week Ten is traditionally the time when I start closing in on my target and start thinking about what comes next. So it's no surprise that I have hit my target and can now look at what comes next. In the past, I have submitted an upwardly revised target to Curt, but this year I'm just going to enjoy being ahead. I have completed most of the projects I set out for myself at the start of the Challenge and I'm quite content to meander towards the end of the event in three weeks time. I'm still working on entires for the side event, The Chambers of Challenge, and hope to complete the entire quest within the next few weeks.

As is my way I bought way too many miniatures when I started this project. In my defence the models are just so nice I couldn't resist and the spare figures have enabled me to paint up a few more support units and spare leaders for my Chain of Command British airborne platoon. I did these as a batch and I'm really happy with how the camo on the Denison Smock's came out this time. I think I've got just the right amount of camo over the Green Ochre.

First off there is a 17pdr Anti Tank Gun with a crew of five men and a separate junior leader. This time if decided to base the whole lot on a single large round base and included a small dice holder to mark off casualties. 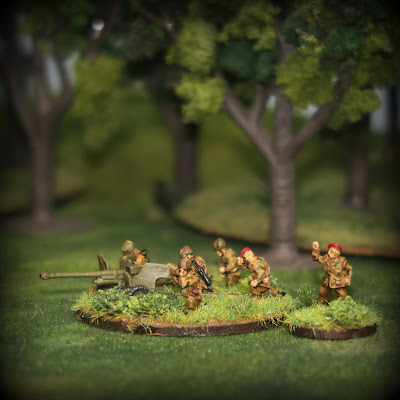 Next, there is a Vickers HMG on a Tripod mount, with a crew of 5 men. One gunner, a loader, two spotters and a spare man. Again I have added a dice frame to the base for marking off casualties. 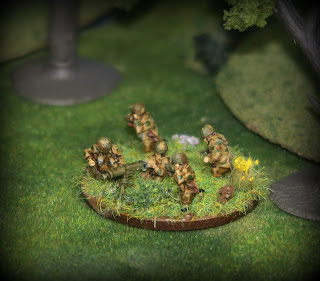 Lastly, I have three Senior Leaders. All my Senior leader models have a clump of red flowers on the base to make them stand out a bit, although I have in the past also painted the rim of the base red. One of the models represents the famous Major Digby Tatham-Warter who went into battle with his umbrella. At one point in the battle at Arnhem Bridge, he disabled a German armoured car by sticking the umbrella through the vehicles vision slit and poking the driver in the eye! 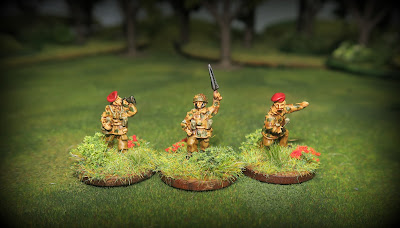 The remaining models are Junior Leaders and will have a yellow band around the base. Also amongst this lot is a figure with a wireless set hiding behind a log. He will be used as an Observer for off table barrages or air support.

As I say, I'm really happy with how these turned out and these complete my British Airborne. Hahaha, who am I kidding, no project is ever complete, I'm sure I'll find some other support units to add and I still have quite a few spare Peter Pig and Skytrex figures in my lead pile.

These Gnolls were one of those excellent little 'bring and buy' bargains from back in the pre-covid days when we still had shows! They were sold assembled but unpainted so I based them up and primed them ready for painting over a year ago. Their time has finally come and at last, they are ready to hit the mean streets of the frozen city and challenge the roving bands of looters that routinely scavenge the ruins. 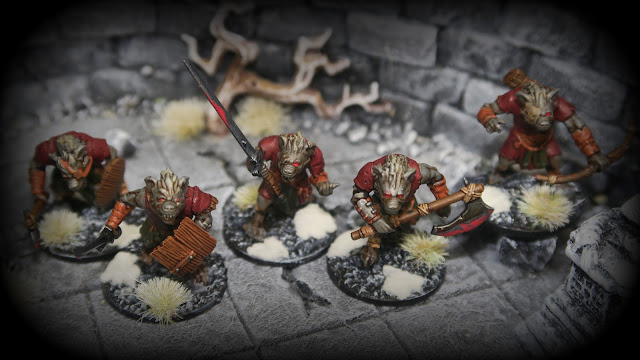 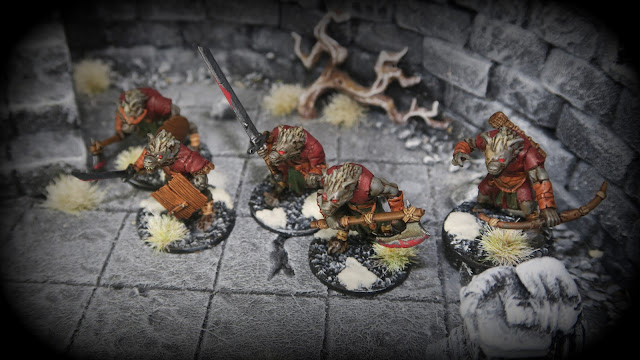 These are Northstar Plastic figures and are the first Gnolls I have painted in probably 30 years! Good fun to paint and they will make an ideal addition to my collection of figures for Frostgrave.
These entries mean I have hit my target of 650 points! However, that does not mean I have reached the end of my Challenge entries and I have several little projects to complete in the last three weeks. 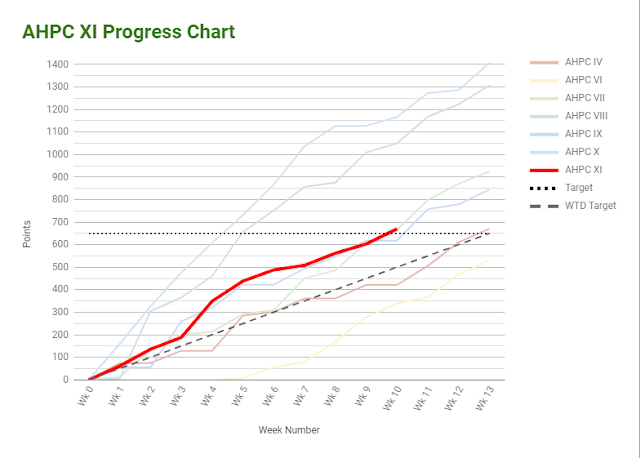 My progress on the Chambers of Challenge has come to a brief halt because I am waiting for some figures to arrive in the post. If they don't turn up in the next few days I'll have to find a way around the blockage, so expect a few surprises in the last weeks of the Challenge.
Posted by BigLee at 12:00