This week I have been working on several side projects, only one of which actually got finished on time. The others will be out during this week and I'll show those here next Wednesday. So the pace will appear to pick up as the Painting Challenge comes to an end but in fact, it's just that I have been working on multiple models at the same time. There are now just two weeks left in the Challenge and although I have hit my Target points I still have several things I want to get done by the end. Once the Challenge is over I'll probably reduce my painting output a bit so I can focus on playing more solo games and working on some new film for my youtube channel.

I recently purchased several sets of French Civilians from Peter Pig for use in various 15mm WWII games. I wanted a collection of refugees, farmers, and other non-combat figures to use as 'set dressing' in my games. I may yet devise some simple in-game rules for their use, such as roads being clogged with refugees (restricting traffic) or to represent resistance fighters.

As with all the Peter Pig stuff the figures are wonderful little sculps that rarely need much cleaning before the primer goes on. These were no exception with minimal flash and mould lines and any that were found were removed in a matter of seconds. 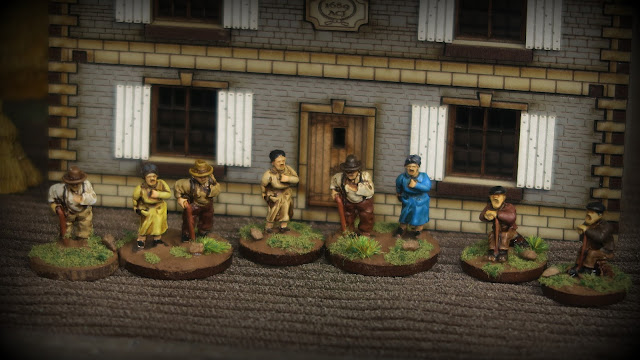 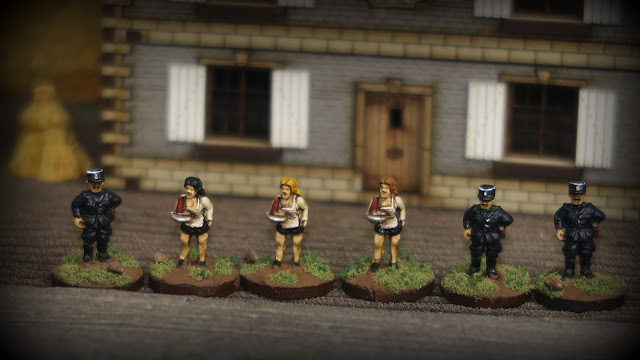 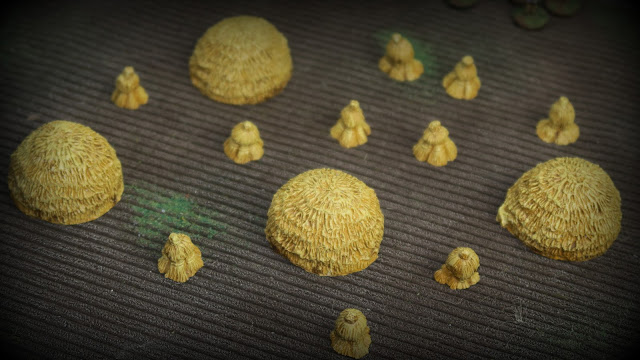 I have bought a few more packs of other civilians that I missed the first time around on the website, so hopefully, I'll have a few more ready by next week.

The Chambers of Challenge

I haven't made much progress with the side quest bonus rounds, otherwise known as The Chambers of Challenge, due to an unexpected holdup in production. In short, the Postman hasn't delivered my parcel. The next chamber is something to do with a Laboratory. I ordered myself a nice set of mad scientist and assistants from Sally4th but nearly three weeks later and they still haven't arrived. Hats off to Allen at Sally4th because he's resending a replacement parcel, but time is ticking and I'm a bit stuck until they arrive. Postal deliveries where I live have been 'erratic' to say the least since before Christmas so I have no idea when they will turn up. My solution is to jump the blockage and paint the two chambers that follow, and just hold off submitting them until I have my Mad Scientist in hand and painted. So as stated earlier, expect a rush of entries in the last few days of the competition.