Shootout at Akarah Oasis - Socially Distanced What a Tanker

Over the weekend I did a YouTube video that mentioned a planned game of What a Tanker to take place over the interweb for members of the Rejects. Well, that game took place yesterday and I have to report it was a huge success. Four members of the group took part and I umpire the game and did all the dice rolling and necessary admin to make the game work even though all the participants were dialling in from various locations. I've just posted a new video that shows a little of what we did, but here are some more pictures of the game and a summary of the rules changes I implemented to make the game work while socially distanced.


In order to run this game, and make it work, I needed to make a few changes to the rules. The aim was to reduce the amount of dice rolling required...primarily because I would be doing it all, and there was already a lot to do. Most of the changes worked well although having completed the game there are a couple of things that need refinement and I'll discuss these below. First off though here's a picture of the setup in my Operations Room. 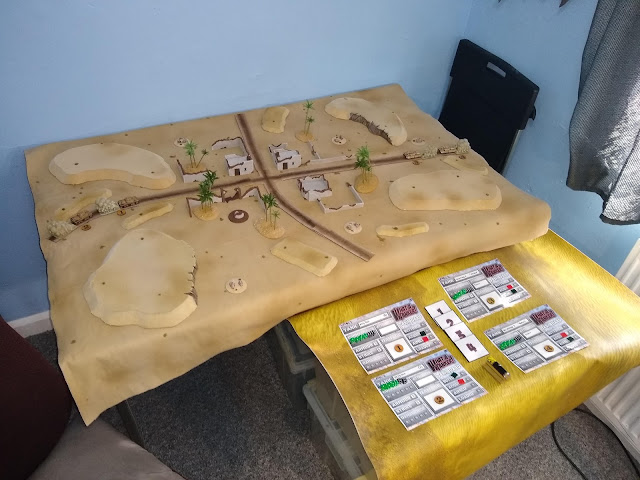 The rules changes I made:

For the umpire (me in this instance) there were several changes that needed to be incorporated aside from the rules discussed above. 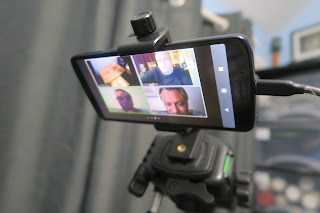 We used Zoom (a web app primarily used to facilitate meetings) to gather together. Meetings are usually limited to 45 minutes (unless you subscribe) but we were able to reenter the meeting multiple times and keep things ticking along for a couple of hours, during which we got two games done.

Participants were able to focus on either a split-screen like this, to see everyone or just a single screen like the tabletop. Feedback from the guys suggested the quality of the video feed was a bit variable but as already indicated I was able to bring the camera in when they needed more clarity or a close-up view of the table. Overall I think Zoom worked well for a small group like this, but I think it would have been more challenging if we had had more players. Having said that, additional participants need not have been playing, they could just join in with the banter and follow the game.

All in all, I think this worked very well and I can see us trying out other games like this in the coming weeks, especially if we find ourselves socially distanced for many months.
Posted by BigLee at 20:24