Frost Witch and Ice Worm at the Snow Lords Peak

The air crackles with magical energy and distant flashes of lightning foreshadow the wrath of an imminent storm as it approaches the Snow Lords Peak. Arcane words can barely be heard above the building winds. The Thunder booms and rumbles across the landscape and for a moment it sounds as if there is an unseen avalanche about to sweep the mountainside. The moment passes and more flashes can be seen, closer now. A figure approaches, skimming above the fresh snow and radiating an ethereal glow. The woman appears to be whispering but her words build and echo across the landscape until they drown out the next rumble of Thunder. Then the earth bursts open sending rocks and snow cascading down the slope. A monstrous Ice Worm rears up from the ground and gives out an ear-shattering shriek. The beast has answered its summons and is ready to serve its bitter mistress. 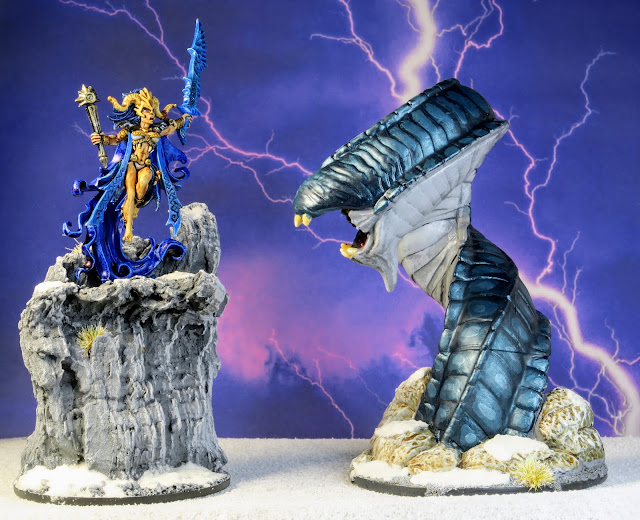 The Snow Lord issued me a challenge to find and paint a figure that was bigger than my normal fare. I put on my climbing gear and started up the Lead Mountain. By the time I reached the snowline I was worried I wouldn't find anything, having climbed across a scree slope of unpainted 6mm figures on the way up. And then I saw her! I found a figure in my lead mountain that I have absolutely no recognition of buying! It must have been another "ooo-shiney!" moment at some past show but I genuinely don't remember. 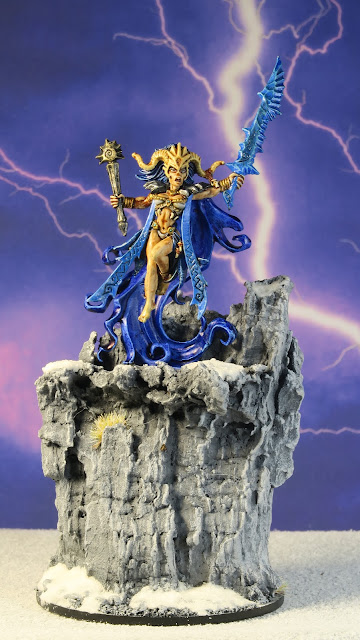 The Frost Witch figure is from Crocodile Games and is laughably described as Heroic 28mm which means next to nothing really. The witch is 40mm foot to eye and 44mm overall, without taking into account the cape which brings the height of the whole model to well over 50mm tall. Just for good measure, I mounted it on a 'rock' outcrop that stands a further 50mm tall, so overall this figure is pretty big compared to my normal work. But I had this nagging feeling I could do better... I tightened my crampons and proceeded higher up the Lead Mountain... 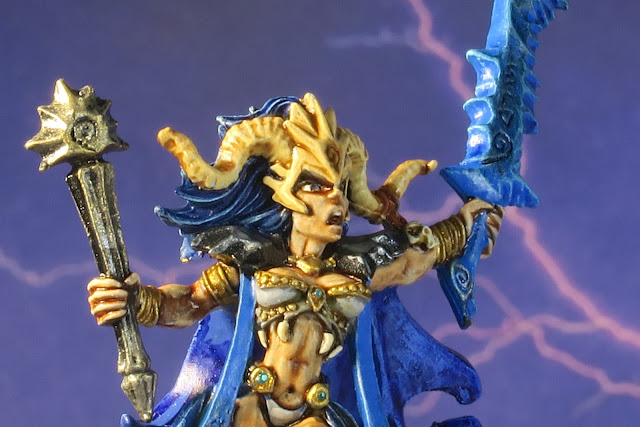 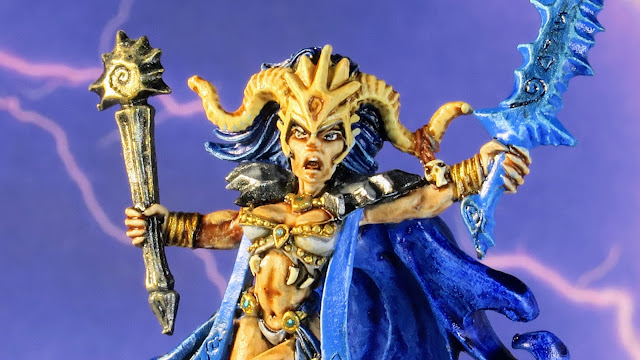 Towards the top of the mountain, I found a weird mixture not only of lead but plastic figures from over 30 years of gaming. And then I saw the perfect accompaniment to my witch, a giant Purple Worm. This is an old plastic figure that was originally bought pre-painted but had seen better days. It's an old Wizards of the Coast DnD figure that I used in RPG's probably 10 or fifteen years ago.  It was looking a bit worse for wear having been bashed around in various boxes over the years so I decided it was worth giving it a brand new coat of paint. The Snow Lord wanted bigger than 6mm, well this beastie comes in at a cool 120mm tall. A bit bigger than my normal fare! 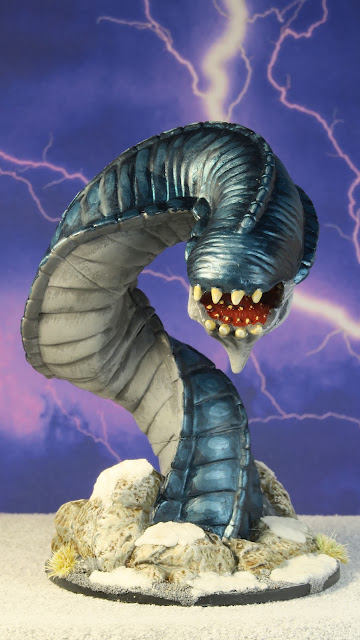 To paint this I made a few repairs filled in some mould lines with liquid plastic and then gave the whole thing a thorough new base coat of grey before starting the new paint job. Instead of repainting it as a Purple Worm I have changed the colour scheme so it is now a huge Ice Worm. 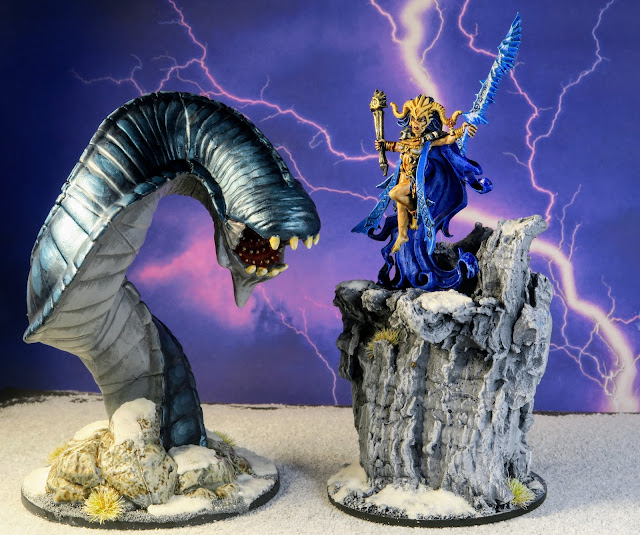 Right, points...huh? No clue. The witch is 40mm so I guess 7 points for her but I have no idea what arcane mathemagical calculations need to be made to score the Worm. At 120mm it's not exactly standard-sized! I'll leave that decision in the hands of the Snow Lord. Whatever it is, combined with the usual points for the challenge location, will give my tally one final boost before everything comes to an end. I'm happy with whatever points I get as this has already been my most productive Challenge to date and I'm just happy to have taken part.
Posted by BigLee at 07:30