On Monday I managed to enter three sets of completed figure into the painting challenge and these Thessalian Heavy Cavalry are the third set. This is the first of many cavalry units for my Pyrrhic Army so expect to see a variety of horsey entries from me in the next few weeks. 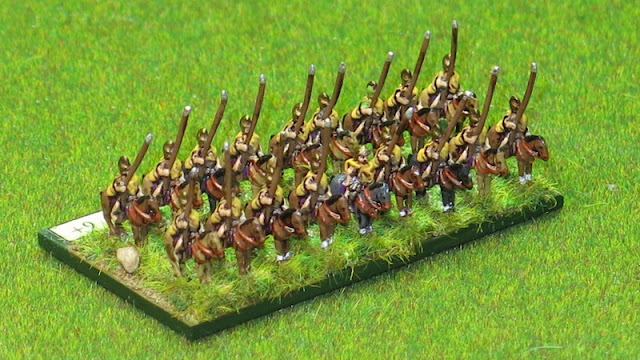 Thessalian Cavalry were absorbed into the Macedonian Army under Phillip II when he took control of the Thessalian League. The Heavy Cavalry were considered the best in all Greece and proved their value under Alexander in his Persian campaign. They were usually used in a defensive role guarding the left flank of the army from enemy cavalry. They proved their worth in this position at Issus and Gaugamela, where the Thessalians repulsed the attack of numerically superior Persian cavalry. 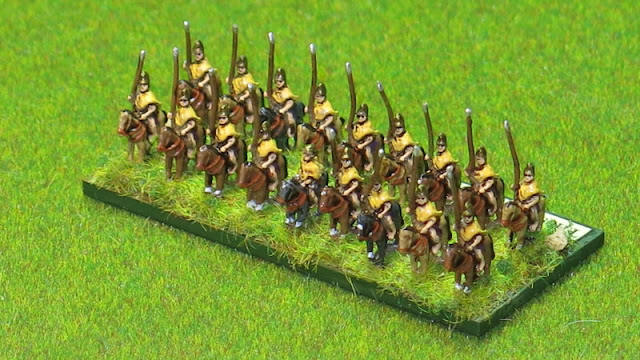 The Thessalians continued to be a force to be reckoned with after Alexanders death and during the rise of the Successors. Pyrrhus employed a contingent of these troops in his army when he invaded Italy and deployed them with devastating effect against the Romans during the Battle of Heraclea in 280 BCE. Having used his elephants to scare and push back the Roman Cavalry Pyrrhus then deployed his Thessalians and clinched the battle. 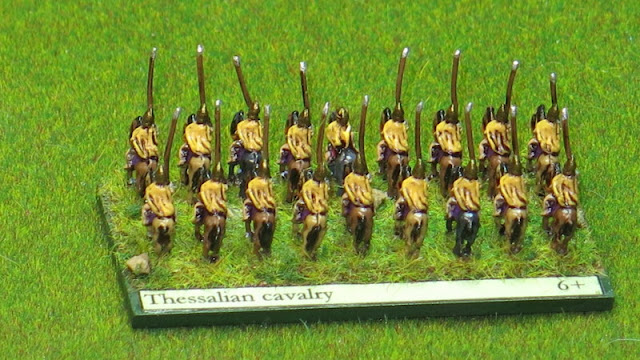 Highly disciplined the Thessalians employed double headed lances and spears in battle. However it was their unique Rhombus formation that gave the unit its mobility and tactical flexibility. This enabled a unit to turn and retain cohesion, form up and charge on any of its four points and arguably could only have been effective with such disciplined troops.

These earned me a tidy 18 points in the Challenge.
Posted by BigLee at 08:30