During last years Analogue Painting Challenge I was able to complete most of a Carthaginian army for my 6mm To The Strongest collection. I wanted to replicate that painting output again over the course of this years event and settled on painting a Pyrrhic Army. The allure of painting a Macedonian pike phalanx first attracted me and of course I can use them against my existing Republican Roman army. 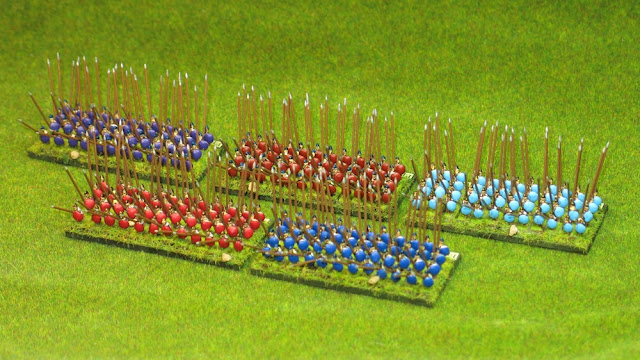 The pike or Sarissa was in affect a long spear about 4–6.2 meters (13–20 ft) in length with an iron head and a heavy weight at the other end which counterbalanced the length of the weapon. This meant that several rows of troops could overlap their weapons easily and present an impenetrable wall of spear tips to the enemy. 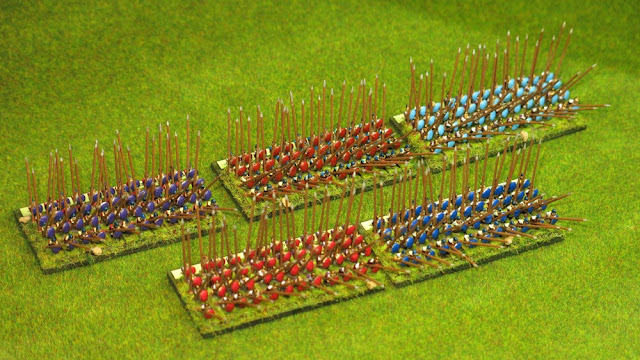 I have painted five units of these Pike units as the core of a Pyrrhic army that I will build around them. Two units are Macedonians and three are Epirot. I originally planned to paint Macadonian star designs on the shields but I made such a mess of them that in the end I opted for plain shields. If I had more time I would have ordered some decals instead but I wanted to get these done and move on to the next batch of figures. 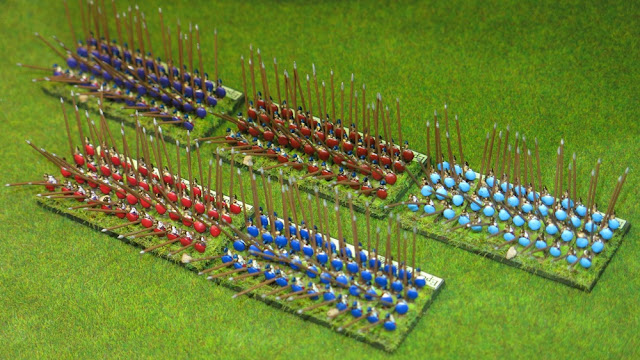 I elected to buy the 'open handed' version of these troops from Baccus meaning I could add my own pikes. I used 20mm dressmakers pins as the pikes and superglue them into position. However I wouldn't recommend this method to anyone considering modelling pikes. For a start fixing the pins in position was extremely fiddly, especially when you have fat fingers like I do. Worse still, I have more self inflicted stab wounds from these pins than anything I have done in the past and I can't see that changing when the finished units come out on the games table. These soldiers draw blood!

Five units each containing 48 Phalangites adds up to a grand total of 240 infantry figures, by far the largest single contingent I will be painting for the challenge. I wanted to get this big batch done and dusted early so that I could focus on cavalry and some of the smaller peripheral units over subsequent weeks. I had hoped to have them done earlier but illness stole at least four days from my planned schedule over the holiday period. Such are the plans of mice and wargamers.

These earned me a very respectable 120 Points and have put me firmly on my way towards my Challenge target.
Posted by BigLee at 08:13