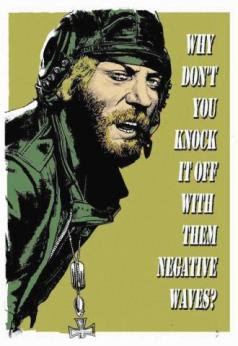 I've not posted much this week because I haven't had much to post about. That's not to say I'm not working hard on stuff but nothing has reached the finished stages yet. So rather then attract them negative waves (you know who you are!) I thought I'd outline some of the stuff that's been keeping me off the interweb.

6mm Roads
I'm working on some more 6mm terrain items including some roads and a few buildings. These are all at various stages of work but hopefully in the next few days the first will be completed and I'll show it to you here on BLMA. The Roads are very simple yet already look very effective and are more than suitable for basic games. I won't give away the details just yet but I think you'll be surprised by my choice of materials and just how easy these are to make.

Desert Buildings
When I was at Salute I bought a model of the El Alamein Train Station from the Timecast 6mm desert building range. I've started to prepare this but am holding off painting it for a few days while I research the real building, to work out how it looked in 1942. Recent photo's of this iconic building show it to be in a very sorry condition and give few clues as to its original look. I guess its only a significant building to us Brits (and our Allies) but to the local population its just another part of an old and crumbling infrastructure. 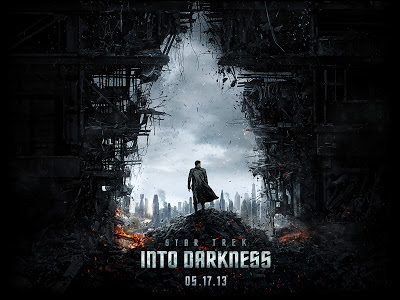 At the beginning of last year Mrs BigLee and I decided we would try to go out a little more. Our eldest daughter (the Young Jedi) is now old enough to babysit our youngest daughter (the Young Padawan) so we decided that we would try to have one evening out without the kids each month. That was January 2012 and 17 months later we have managed to go out twice! So it was with some surprise that we found ourselves at the cinema to see the new Star Trek movie last night.

I have to say I loved the film (much better then the last one) and so did the wife - she's as much a Trekkie as I, she just won't admit it! The film has some great humour, a pretty good well written story, lots of action and plenty of references to the old films and TV series scattered throughout to keep the fans happy. Its also good to see a big budget Hollywood film with so many great British actors in it. Benedict Cumberbatch may have a silly name but he is a brilliant actor and has a really great role in this film. I won't give anything away about the story but will recommend you just go to see it. I don't think you'll be disappointed.

Infantry Stands and Matilda Scorpions
I'm still working on the infantry and vehicles I started a couple of weeks ago. I have made some significant progress but there is still a lot to do. Last weekend was quite busy and I didn't get as much done as I would have liked but progress is progress even if it is slow. I'm going to do a little more work on these tonight and I am setting myself an objective to do a little bit each day, even if its only 15 minutes in between other jobs.

Converting Rules
This is a project that I have been thinking about for months, but have put off starting. Basically I'm systematically working my way through the Flames of War rules and asking myself the question, do these need to be adapted for 6mm Wargaming? I've run a couple of play-tests and haven't come across any significant problems but I really need to put my ideas and thoughts down in black and white. So I have started to write a post about converting the rules for use with 6mm miniatures so I can share my findings. This is very much a work-in-progress and the finished article is likely to be long and detailed and may take weeks to complete (don't expect anything too soon!) so keep your eye's peeled.

Wargaming Girl's Prize Draw
Time for a quick plug of the Prize Draw over on the Wargaming Girl's Blog. Tamsin only started her Blog in January 2012 and she has already hit the 100,000 hit mark. I'm sure this will just be the first of many milestones for her Blog, especially when she does a grand celebratory give-away like she is this week.

Over the next 5 days she'll be drawing for 5 prizes and today's prize is a box of 28mm plastic WWII Late War British and Commonwealth Infantry from Warlord Games. I've already put my name in the hat for this prize and all you need to do to take part is become a follower of her Blog an leave a comment.
Posted by BigLee at 10:30