Death of a Leviathan 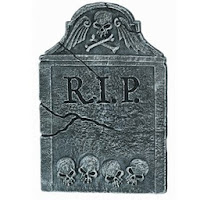 The Delvers met on Friday night, minus the Evil GM, which means that yet again we didn't play our by now moribund D&D4E campaign. I think the life has gone out of this particular beast and when we talked about it we realised that the last game was so long ago none of us can actually remember what we did or where the story was heading. But while one great leviathan breaths its last (at least for a while) others are bursting with new life. As several members of the group were in attendance we took the time to discuss the future direction of the Delvers, including a couple of alternative RPG's.

The first of course is the Hollow Earth Expedition RPG that I have mentioned here before. I'm almost ready to run the first game (been a bit distracted with my new 6mm tanks!☺) but I wasn't quite comfortable to 'wing it' last night. I want a chance to play-test a few solo combats first, so I can be sure I understand the mechanics of the Ubiquity system properly before I try and run a game. Its one thing to improvise storytelling during a game but quite another to pretend you know the rules when you don't. Most of the group were quite positive about giving this game a try and hopefully we can have our first game session sometime in the next few weeks.

The other RPG we looked at was the Fantasy version of the Marvel Heroic RPG we played a few months ago. The core mechanics look to be the same and it seems like a very easy system to improvise with. It should be fun and will be a refreshing alternative to the increasingly rules-heavy system we play now. Both these 'alternative' RPG's are much simpler in design than D&D and require far less investment of time (and money) in order to just sit down and play. 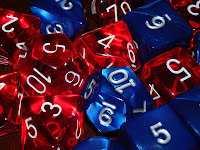 I've long been an advocate of going back to a much simpler and basic version of D&D in our group (the Basic system itself in fact) where the emphasis is on actual roleplaying rather than power gaming and rules management. I'm sure I've just committed some sort of heresy saying that (I expect the D&D community to dispatch an  angry mob forthwith) but as someone who has played this game in all its forms, for over 30 years, I think I have a valid opinion. Part of me hopes the 5th Edition currently in development will be simpler and more 'old school' but the realist in me knows that will never happen.
Posted by BigLee at 06:30