I've completed a second project in the same month! My M4A1 Platoon for my Flames of War US Tank Company was a Post-Christmas present to myself. I bought it from Ebay and knew it wouldn't be long before they got painted.

Although I have again opted for utility over historical accuracy (I'm trying to keep these generic) I did try and add in some extra details to make these vehicle look a little more personalised. The crew of the fourth tank in this line-up for instance has painted over their white star on the turret, although they haven't obscured the star completely. One of the vehicles has retained its yellow Bridge Plate on the front (showing the vehicles weight in tons) although I found it impossible to paint in the numbers. I've no idea how other painters manage it but after several botched attempts I gave up and just left the yellow disc in place. All the other vehicles have extra stowage on their decks including barrels, extra lengths of track and bags. 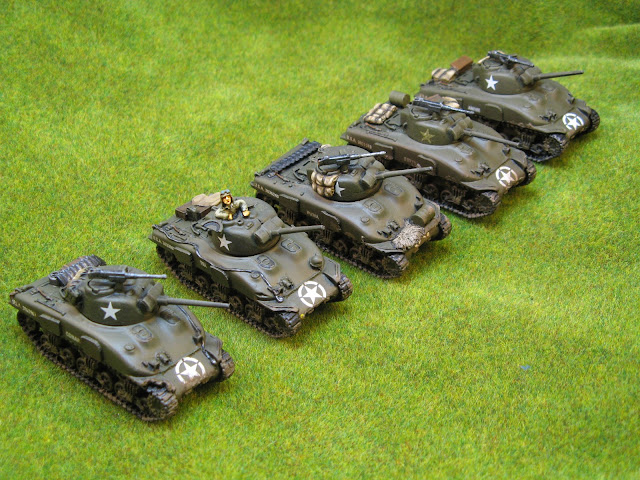 This is the HQ Tank, christened 'Tex' by its crew. I used the name decals that are part of the US decal set on these models so every vehicle is unique in its own way. 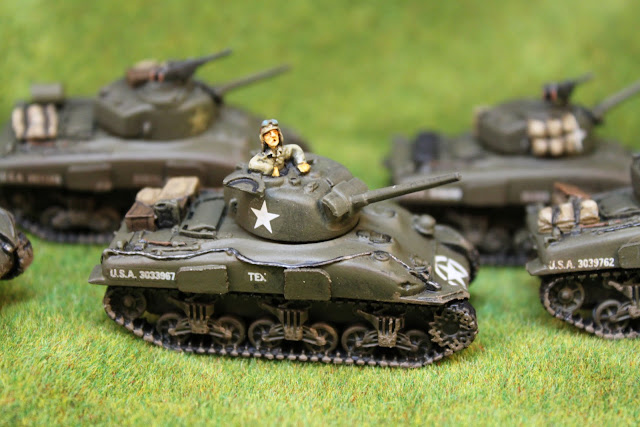 This platoon went from box to table in under two weeks which is something of a record for me. I must be getting better at this painting lark! 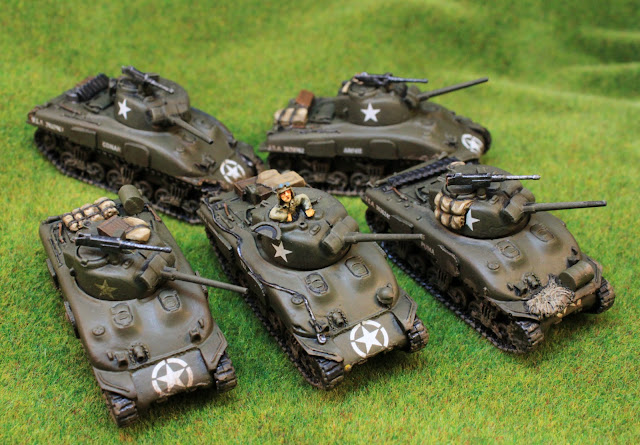 The only problem with completing this platoon is that I now have no more FOW models left to paint! I've finished all the units I wanted for my starter forces and need to give some serious thought as to what to buy next. In the meantime I have a few terrain building projects in the pipeline (one of which will be revealed on Wednesday).
Posted by BigLee at 09:01