Well the Christmas holiday is over for another year and although I worked most of it I had been hoping to get a little painting done during this 'quite period'. Such are the plans of mice and men! 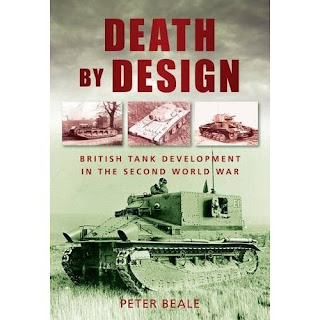 Its been really quite in work all December then on Christmas Eve all hell broke loose. All our inspectors worked at some point over Christmas and when I got back in the office on Wednesday I had a pile of paperwork and invoices to process. As the end of the year approached the normal month-end deadline become even more critical. So whatever happened it was going to be a challenging few days. Then I got hit by a Stomach bug which left me feeling like a gutted fish, followed in short order by a chest cold. On a regular week I would have played the "Man Flu" card and taken a few days off, but not last week. Instead I dragged my sorry a** into work and struggled through the days towards the weekend.
As a balm for my weakened and battered soul I went online and spent some cash on some post Christmas presents. I ordered a book I've been looking at for a while now, Death by Design by Peter Beale from Amazon. Beale served in British Tanks during WWII so is ideal placed to understand the weaknesses of the tanks Britain started the war with, and more crucially, what it developed as the war progressed. I'm looking forward to reading his assessment of the inadequacies of British equipment (what Montgomery called the "Flawed Tool"). 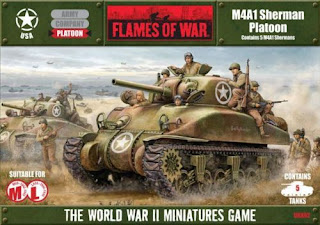 I also picked up another EBay bargain in the form of yet another box of tanks for Flames of War. In this case a Platoon of M4A1 Sherman's for my American Tank Company. Combined with those I already have this will complete the core units of the company. I still have the Motorized Rifle Company to finish painting (I'd hoped to work on those over Christmas) before I start on these though.

OK folks, time to go. Its a Bank Holiday Monday, I have no prior plans or responsibilities and everyone is spending the day relaxing and "doing their own thing"... so I think it's time I stopped prevaricating and did some painting, don't you?
Posted by BigLee at 09:01