On the Origin of Gamers

I was chatting to a college yesterday about my hobbies and it got me thinking about how I got into gaming and painting. What are my gaming origins? [screen fades to sepia images of 'the old days'].....

It was waaaaaay back in the very early 80’s as a teenager that I had my first encounter with the Sword & Sorcery genre. I read a compilation book of stories by Robert E. Howard, featuring characters like Conan & King Kull. I was enthralled and excited by these books, but even then I knew that I wanted more. Then one of my friends gave me a copy of a new type of game, a Fighting Fantasy book (Warlock of Firetop Mountain) by Ian Livingstone.

It was a short step from the Fighting Fantasy books to proper role-playing in the form of the D&D Basic Set. I can still vividly remember my first D&D game and the Carrion Crawler my character - a barbarian of course - killed in a pitched battle. This game undoubtedly changed my life and set me on the path I am still on nearly 30 years later. I painted my first model back then – a Knight in black armour with gold trim – It was an awful paint job but I was still very proud of it. I recall I used enamel paint and I was one of only a handful of player's to use fully painted miniature in those early games. 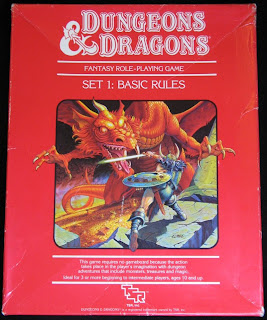 Later we moved to Advanced D&D, Call of Cthulhu & Ravenloft but I did very little painting back then being focused on role-playing. The revolution came with our introduction to Warhammer 40,000 with my first Space Marine model. I went on to paint various models in the 28mm range. From there I went on to play Warhammer Fantasy Battles & 40K ‘Epic’ and always prided myself on fielding fully painted armies whenever possible. Sadly it never occurred to me or my friends to photograph our games and my Undead army has long since been passed on to another player. 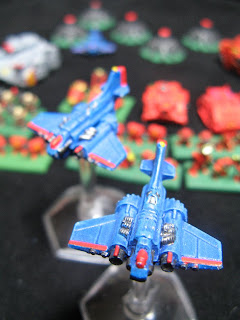 It was with my return to D&D (this time 3rd edition) that my painting became more serious and I tried to improve my skills. As a player I have always liked to paint a good character model but when I became a GM I transferred that enthusiasm to painting scenery, monsters and NPC’s. 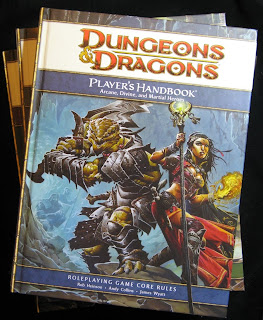 Over the last three decades I have played lots of other games, from historical wargames to CCG's. For much of that time I have played with a core of close friends that now form a gaming group collectively known as the Dagenham Dungeon Delvers. Between us we have spent hundreds (probably thousands) of hours gaming and painted lots of miniatures. Time well spent? Absolutely!
Posted by BigLee at 14:41