I was off work last week and despite a bit of a slow start, I got a lot done while I was off. I managed to get in a couple of Solo games, film them both for my YouTube Channel (the first will be posted for viewing on Friday) to get some painting completed and I've had a big reorganization of my room to make more space for some new terrain.

The latter items were prompted along by the fact that I wanted some of the pieces for my most recent Chain of Command game. In particular, I needed a German checkpoint with a gate and guard hut. 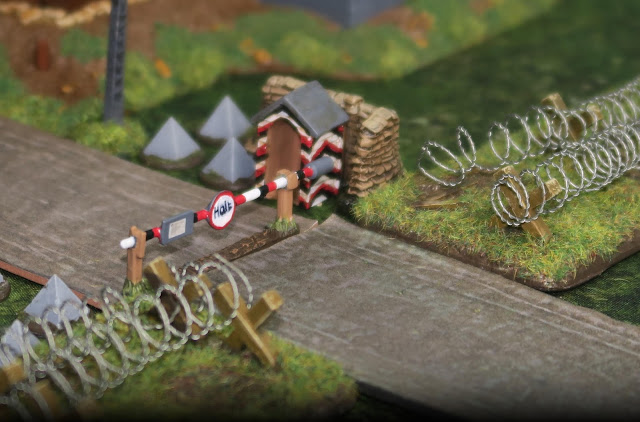 I bought these from Peter Pig a few weeks ago but I didn't get time to finish them for the Painting Challenge. The models are metal and very nicely cast so there was little work needed cleaning them up. The set comes with the Guard Hut, the swing bar gate, and the sandbag wall. There is also a small drum stove but I haven't painted that yet.

I have also been busily rebasing some of my 6mm ancients figures. Actually rebasing isn't exactly true, I have changed the size of the bases the figures are mounted on. Madness I hear you cry, and you'd be right. This picture shows the Hastati, Principes, and Triarii of my Polybian Roman army as there originally based (on the left) and the new compact basing I have moved towards on the right. 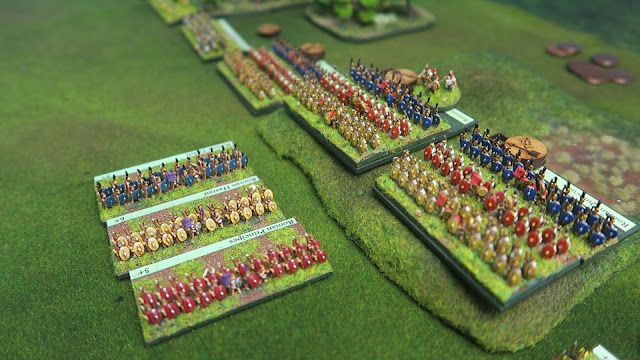 The Romans had a line exchange maneuver that allowed them to swap fresh troops into the front line and the To the Strongest! rules have a new way of representing this in the game. I still needed to be able to move the lines of troops forward and back but they are now a single deep unit and the original basing gave them a massive footprint on the table. By cutting the empty half of the base off, and placing the strips on a movement tray, I can swap the lines around as needed in a much more compact and visually pleasing way.

As indicated in my introduction I have managed to get a couple of solo games completed and filmed for Battle Reports, the first of which will be on my YouTube Channel on Friday. Both games were exciting to play out and have reinvigorated my enthusiasm for solo games. I'm still looking forward to getting back in the Shed-o-War for face-to-face gaming, but that is still a few weeks away. 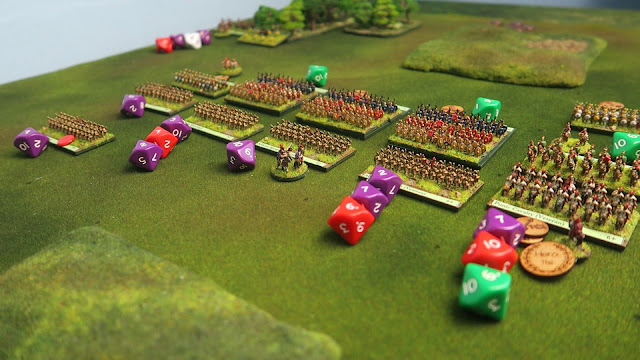 The Fictional Punic War game The Battle of Aquilla will be available to view on Friday. 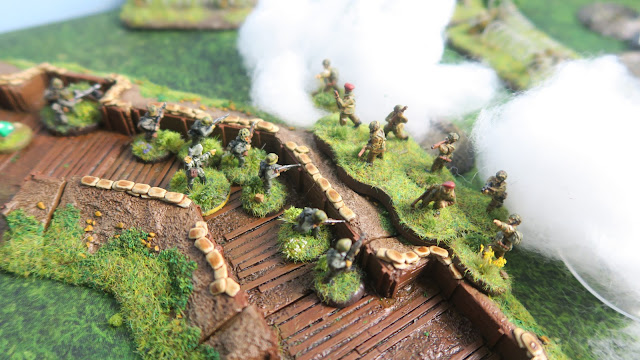 ..and the equally fictional Assault on Morris Battery (a Chain of Comand game) will be available to view next week.

In addition to solo wargaming, I'm currently hip-deep in two remote games that are more about overcoming the fog of war and command and control than pushing mental figures around the table.
The first game is a Seven Years War clash being organised by one of the Rejects. It's being managed via email and our job is to issue the orders with the mechanics and movement being handled remotely by the umpire. 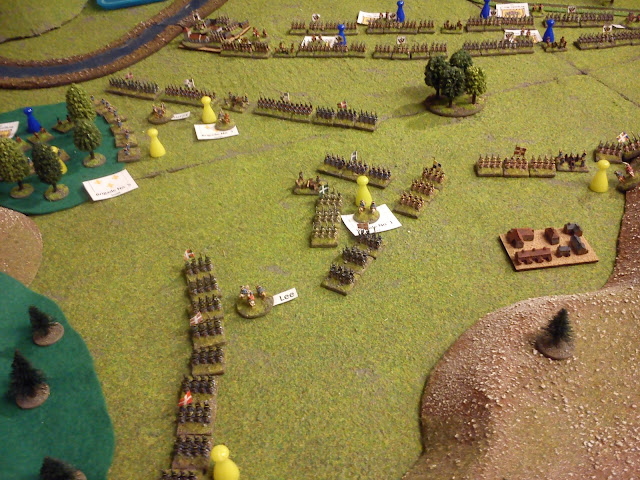 The Battle of Stoliboz has been as much about fighting the fog of war as it has the enemy but everyone taking part is enjoying the game immensely. Check out the game updates on the Don't Throw a One blog if you want to know more.


The other game is with another group entirely (flirting with other gamers!). I was approached by a long-time reader of this blog and author of Vultures Wargaming Blog to join in a game of What a Tanker using WhatsApp to issue orders. We are still early in the game but it's been another excellent lesson in trying to see through the fog of war (literally!). 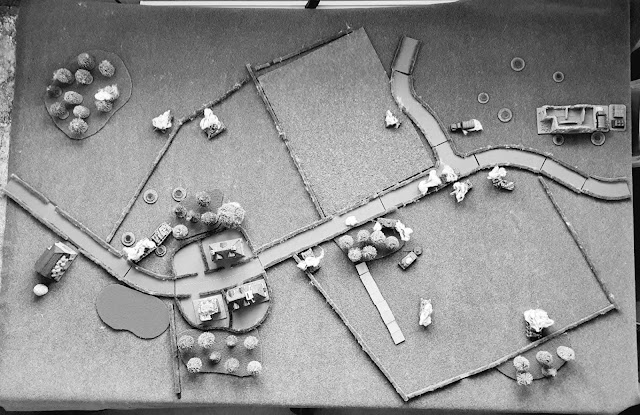 This is the grainy B&W Aerial Recon picture of the battlefield we all started the game with. It's littered with the wrecks of vehicles from earlier games and has been largely blanketed in early morning mist up till now. I'm one of the two Allied players and somewhere on this map the enemy is lurking.


The game is still at an early stage but it's been great fun so far. We get updates in the form of photo's from the tank commander's perspective so figuring out even where my co-player is has been a challenge.
I'm back at work this week so I expect things to slow down a little but the remote games will keep me busy for several weeks and I'm working on some more 6mm figures for ancient gaming, so keep your eye's peeled for updates on this next week.
Posted by BigLee at 12:00

Email ThisBlogThis!Share to TwitterShare to FacebookShare to Pinterest
Labels: 15mm, 6mm, Chain of Command, CoC, What a Tanker!, YouTube