One thing that quickly becomes clear when looking at American tanks in WWII is that the nomenclature is often very very confusing. The M5 Light Tank was a modified version of the Earlier M3 (sometimes known as a 'Honey' to the British). The M5 was originally designated the M4 Light Tank but that was changed to M5 to avoid confusion with the M4 Medium Tank (the Sherman). Meanwhile the British just gave up trying to understand American designations and called it the Stuart VI. 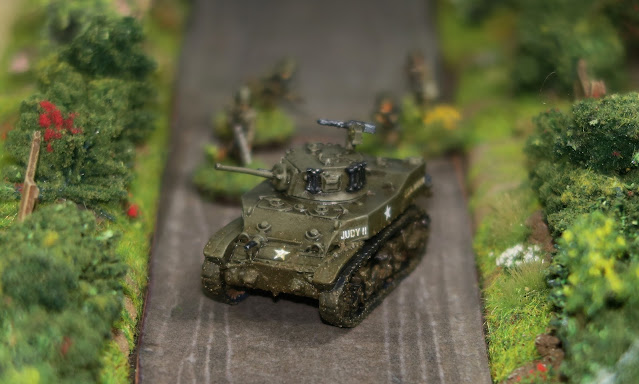 The M5 grew out of the fact that by 1941 the Americans were looking ahead and expected a shortage in radial engines (which were needed for aircraft) and started looking around for alternatives to power their tanks. They naturally looked at the automobile industry and so the M5 was powered by twin Cadillac V8 engines. The result was a tank that was lighter, roomier and cooler, and the automatic transmission also made crew training simpler. 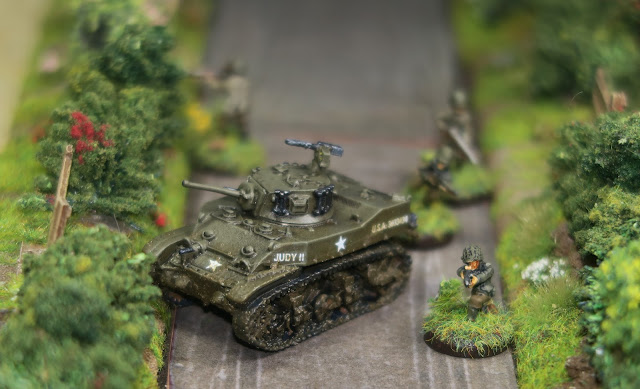 The hull was all-welded and the designers moved the glacis armour out slightly making more room for the drivers. They had their own hatches (enlarged on later models) and in the later M5A1 even had access to a hull escape hatch behind the assistant driver's seat. This feature was only possible because American tanks put their track wheel suspension on the outside of the tank in easily replaceable vertical volute spring arrangements. The Germans, on the other hand, used a much more sophisticated torsion bar arrangement that traversed the underside of their vehicles. Arguable the German solution made for a smoother ride but repairs were much more difficult and of course, there was no room for a floor escape hatch. The American approach fitted their philosophy perfectly; vehicles could be replaced easily, highly trained crews could not. 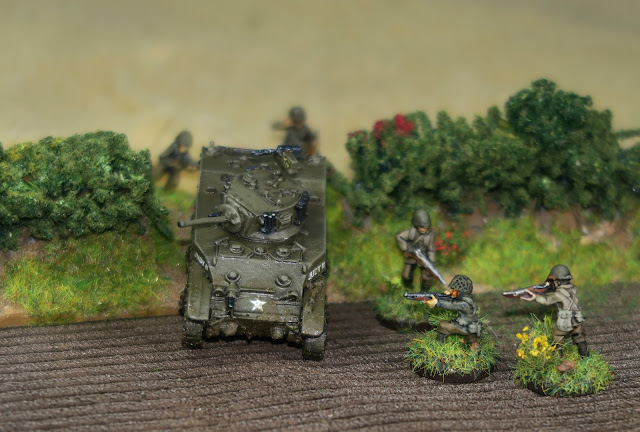 The M5's turret was essentially the same as in the earlier M3A1, but its lower height (due to new transmissions and driveshafts) meant the turret traverse mechanism could be attached to the underside of the turret basket. This gave the turret crew more room and as any modern tanker will tell you, good ergonomics in a tank is worth its weight in extra ammunition! As already indicated there was a later version, the M5A1 (also called the Stuart VI by the British!) which incorporated a new turret design with a distinctive radio bustle on the rear. The .30cal AAMG mounted on the new turret was moved from the rear of the turret to its right side. 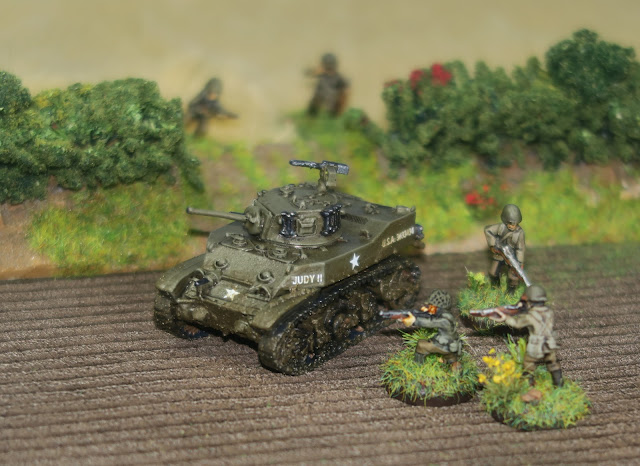 My model came from Skytrex and the moulding was really good with very little clean up needed. I needed to do a little work drilling and epoxy glueing the MG to the Turret in the hope that the resulting bond can survive handling in a game!  Next week I'll be showing off a Panzer that I've not painted before.
Posted by BigLee at 12:00