Over the years I have made a lot of custom terrain and repeatedly return to the need for fields and crops for use in different periods and scales. Last year I made some small fields using thin MDF and brown plumbers caulk. They looked quite good but I have since found that their small size, and rigid nature, makes using them difficult, especially on my small table. I started toying with the idea of making some larger, more flexible fields a long time ago, but I have finally got round to making some ploughed fields using brown corduroy fabric as my base material. 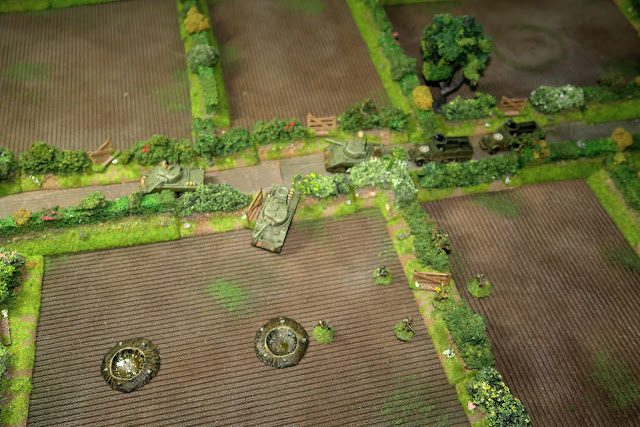 The fabric I bought came on a 1.5m wide roll so a 1m offcut gave me enough material to make 20 reasonably large fields for my games, more than enough to cover my modest games table, but also suitable for bigger games at Reject HQ. 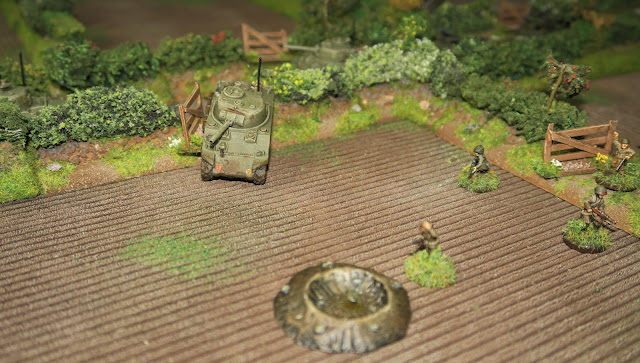 Once cut to size the fields were given a simple three-step makeover to finish them:

Additional details could be added, like patches of flowers or actual plants, but I wanted these to be simple. The only 'special effect I went for was one field where I added a hint of a crop ring in the field. 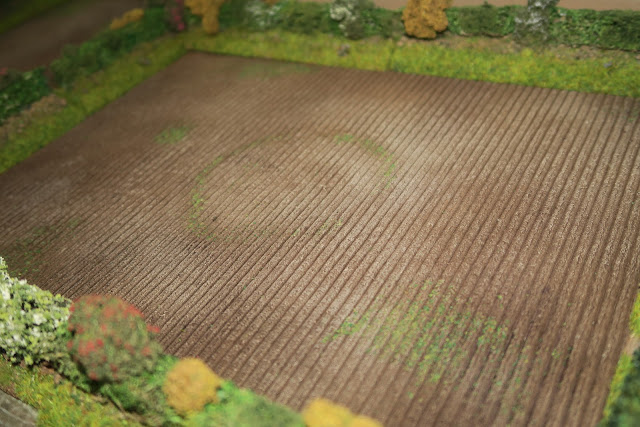 I need to thank fellow Reject, Ray (Don't Throw a One) who helped with the colour and suggested the weeds which make these look so much better. Cheers, ol' fella!
Posted by BigLee at 12:00