For regular readers planning on attending today's Broadside Games Show in Sittingbourne you will probably already know that I am running my first demo game for Posties Rejects. This is my opportunity to show off a small portion of my 6mm North Africa collection and to showcase the versatility of this scale for running what is essentially a skirmish type game on a very large canvas. I'll post some pictures of the actual game hopefully later today but in the meantime here's a bit of detail about the historical scenario I chose to replicate and how I went about it.


Operation Caravan : The Raid on Barce

The Long Range Desert Group's primary role was as a reconnaissance unit and their day to day work didn’t naturally lend itself to direct confrontation with the enemy. However they were occasionally employed in a more offensive role, particularly when they began their collaboration with the SAS in the latter half of 1942. One of the most celebrated raids from this period occurred in September 1942 and was part of a coordinated series of attacks designed to weaken Axis lines of communication in the region ahead of the El Alamein offensive.

Operation Agreement consisted of four simultaneous raids against targets in Tobruk, Benghazi, Jalo Oasis and Barce by units of the LRDG, SAS, SBS and the Sudan Defence Force. Security however was poor and news of the raids almost certainly leaked to the enemy resulting in the failure of all but one of the raids. The attack on the airfield at Barce [Bar’Chay] codenamed Operation Caravan was an exclusively LRDG affair and was the most successful of the four raids.

Italian forces in the area were significant and in a straight fight the LRDG would have been hopelessly outmatched. They were spotted several times on their 1850 km journey towards their target and Italian intelligence reports grew as the raiders approached Barce. However the intelligence was patchy, sometimes contradictory and Italian commanders in the area did not give sufficient credence to reports from local tribesmen. In the final analysis Italian commanders should have been better prepared, the result was that when the raid started widely dispersed Italian forces were slow to react allowing most of the LRDG vehicles to escape the immediate area.

Based on LRDG reports it was thought that the raid destroyed or damaged 32 aircraft, mainly bombers, although official Italian figures say just 16 aircraft were destroyed and seven damaged. Airfield infrastructure was also badly hit with hangers, service buildings, barracks and telegraph lines destroyed or damaged beyond repair. Probably the most significant impact however was on Italian morale. They had been badly mauled by a force that struck out of the dark and then seemed to vanish back into the night; The Italians came to described the LRDG as ‘Pattuglia Fantasma’ or Ghost Patrols. In future significant resources would have to be used to protect important military sites many hundreds of miles behind the supposed ‘front lines’.


After the success of the raid, followed the cost. The LRDG were not able to make a completely clean getaway and after their initial sluggish response Italian forces were finally able to mount an effective pursuit. The LRDG were to suffer significant losses as the Italians harassed their escape routes and attacked them from the air. Despite losing most of their vehicles there were amazingly no deaths amongst the raiders. 11 Men suffered injuries and 10 were captured although 4 escaped a year later and rejoined their units. For their part in the operation, there were a number of gallantry awards: Major Easonsmith and Captain Wilder were awarded the DSO, Captain Lawson the Military Cross, Corporal Craw, Trooper Tippett, and Dobson received the Military Medal; The highest medal tally for any single LRDG action.

I quickly established a list of units and forces that were involved in the raid on Barce and the more I read the better I understood what parts the various Italian units played and at what stage they were encountered by the LRDG. It soon became apparent that I would have to make a few compromises and substitutions either due to limitations in availability of figures or gaps in the units available in the rulebooks. Either way the Italian forces I needed didn't fit into any existing army list.

Obviously the Italians massively outnumber the LRDG but it has to be remembered that these units are dispersed throughout the Barce command area, not concentrated near the airfield. In addition the LRDG were never going to play fairly and always used surprise and audacity to keep their enemy wrong footed. For this scenario this means that most of the Italian command will start the game in reserve and will arrive on table randomly throughout the game. The challenge for the Italian players will be whether and how to concentrate their forces before the LRDG destroy their targets and escape.

For the LRDG I decided that if the players were to stand a chance they needed a little more help in the form of an additional half patrol of Chevrolet Trucks. The game can of course be played with just two patrols but the odds are then stacked against the British players. 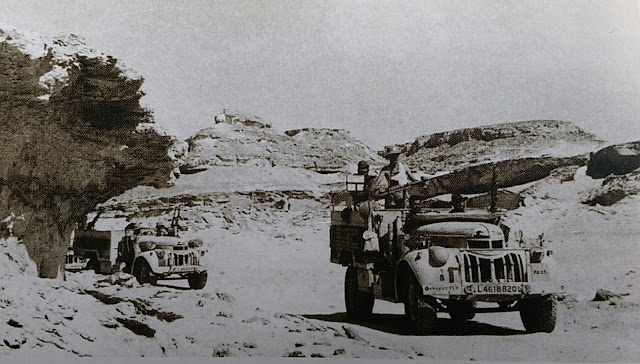 I used the 3rd Edition Flames of War rules for this game with some heavy editing of the rules to simplify and streamline play. When the 4th Edition rules came out earlier this year I did briefly consider converting everything to run with them but in the end I decided not to. I have tried as far as possible to keep the rules as streamlined as possible, with novice players (and my own sanity) in mind. I also decided early on to handle most of the 'admin' myself (acting as umpire) so that newbie players could focus on moving the units instead of mastering sometimes quite nuanced and detailed rules.

The battle takes place at night so this helped simplify things as there is no artillery or aircraft to worry about. I didn't use the night fighting rules from the rulebook, instead adapting them to make game play simpler. So instead of rolling to see how far a unit can see at night, I have set visibility and movement to a fixed 8". Movement on roads is better and units that fire from stationery positions are visible at normal ranges because they can be spotted by the flash of their guns. I decided not to penalise units that moved and fired to encourage movement on the battlefield. 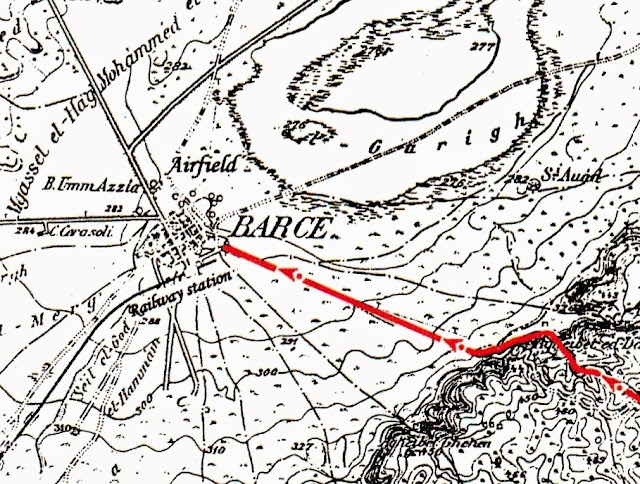 The game starts when the shooting starts and that means most of the LRDG's approach to their target is planned before the game begins. I gave the LRDG player a set of operational orders and then asked them the exact route of their approach. I then decided at what point they had been spotted and started the game from that point. This saved a lot of time as it would have taken them about 8 turns of movement to reach the target and that would have been a bit boring for the Italian players!

Some special rules I used pretty much unaltered, such as the Scattered Reserves rule for the Italian forces. The only change I made was to have those reserves approach from different directions based on a dice roll. This means the same game can be played several times and no two games will work out the game with Italian forces arriving randomly both in time and direction. Its a headache for the Italian players but it also makes it a challenging tactical scenario.
Posted by BigLee at 10:00