I have been clearing up a few old projects that have sat neglected on my desk for a while, one of which is this Churchill Tank. Its a hangover from my 15mm collection of figures that I found in storage and decided was too nice not to paint up as a display model. This will sit rather nicely next to my 15mm Tiger Tank that I painted for the Analogue Challenge a couple of years ago. 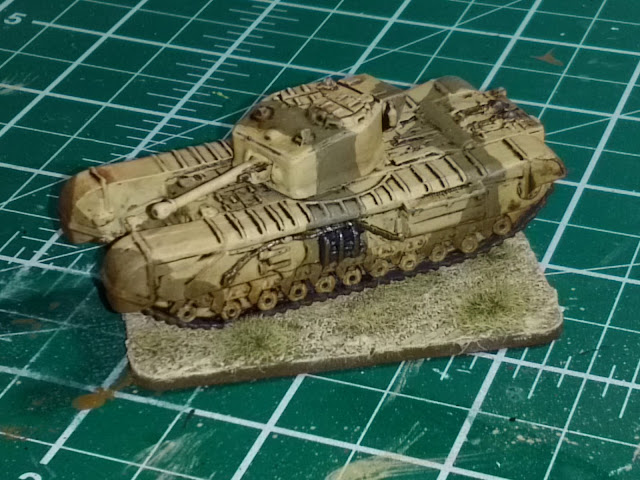 The Churchill first saw action in North Africa in 1942 when a small number were sent for evaluation purposes. These formed what became known as 'Kingforce' and saw action at 2nd Alamein. It was during this action that the Churchill's reputation for toughness was first seen, with all the tanks in the troop being hit with AT rounds multiple times for the loss of only 2 of the six tanks (one destroyed, the other immobilised). 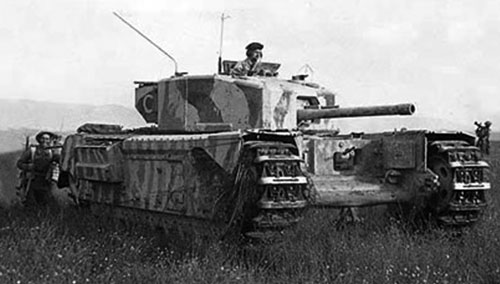 The Churchill really came into its own when the Allied fought the DAK in the rugged terrain of Tunisia where its hill climbing ability surprised both sides. Armed with the powerful OQF 6 pdr gun the British finally had a tank that could take on the German vehicles. Indeed it was a round from a Churchill that disabled Tiger 131 - the worlds only running example of its type - now housed at the Tank Museum in Bovington.
Posted by BigLee at 07:13