Earlier in the year I put in an order with GHQ and bought all the vehicles I need to build a mid war LRDG patrol. Before I get started on them though I have been doing some research and hunting online for inspiration. In the process I came across this 1958 film, "Sea of Sand" (released in the US as "Desert Patrol").

Sea Of Sand by crazedigitalmovies


Set in the days before the launch of Operation Lightfoot (the opening of 2nd Alamein) the film depicts one of many LRDG patrols sent out to destroy German supply dumps before the British offensive commences. The movie stars the late Richard Attenborough, John Gregson and Michael Craig and was filmed on location in Lybya. 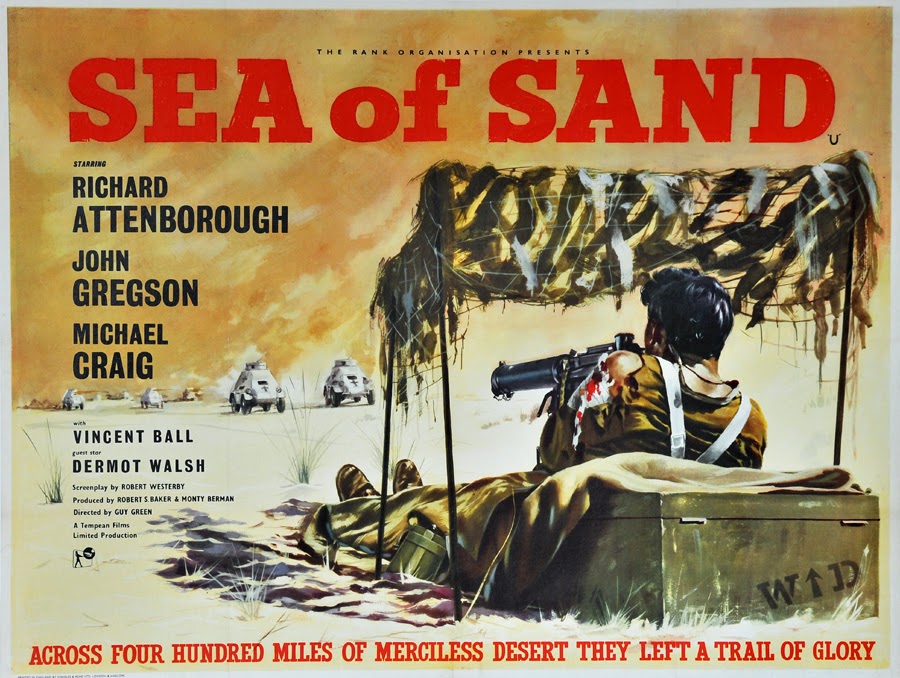 I love a good war film and this is a pretty good movie. The films Technical Adviser was an ex LRDG man and this is reflected in the script and most of the equipment used. For instance the trucks are all Chevrolet 30 cwt WB trucks mounted with Vickers machine guns, which is accurate, but the British use Sten Guns which were not generally used by the LRDG. Also the German half trucks depicted are actually American half trucks, but on the whole the film is pretty accurate for the time when it was made. Well worth an hour and a half of your time if you haven't seen this film before.
Posted by BigLee at 08:07