My entry for the Favourite Character from History or Fiction bonus round in the Painting Challenge is Tom Bombadil from JRR Tolkeins Lord of the Rings. Like many of my Bonus Round entries this is another model that 'called to me' via the time honoured medium of shinybloodyitus. I love the model but once I got it home my initial enthusiasm to paint it waned and it ended up joining many other miniatures on the upper slopes of my Lead Mountain. One of the great things about the Painting Challenge is that models like this no longer need to stay on the mountain and I'm really glad I finally got to paint this mini.

Tom is an enigmatic and powerful character that appears in the first book, rescuing the hobbits several times from dire peril. He's a complex and somewhat 'odd' character and as a result did not make it to the screen in Peter Jackson's adaption of the books. 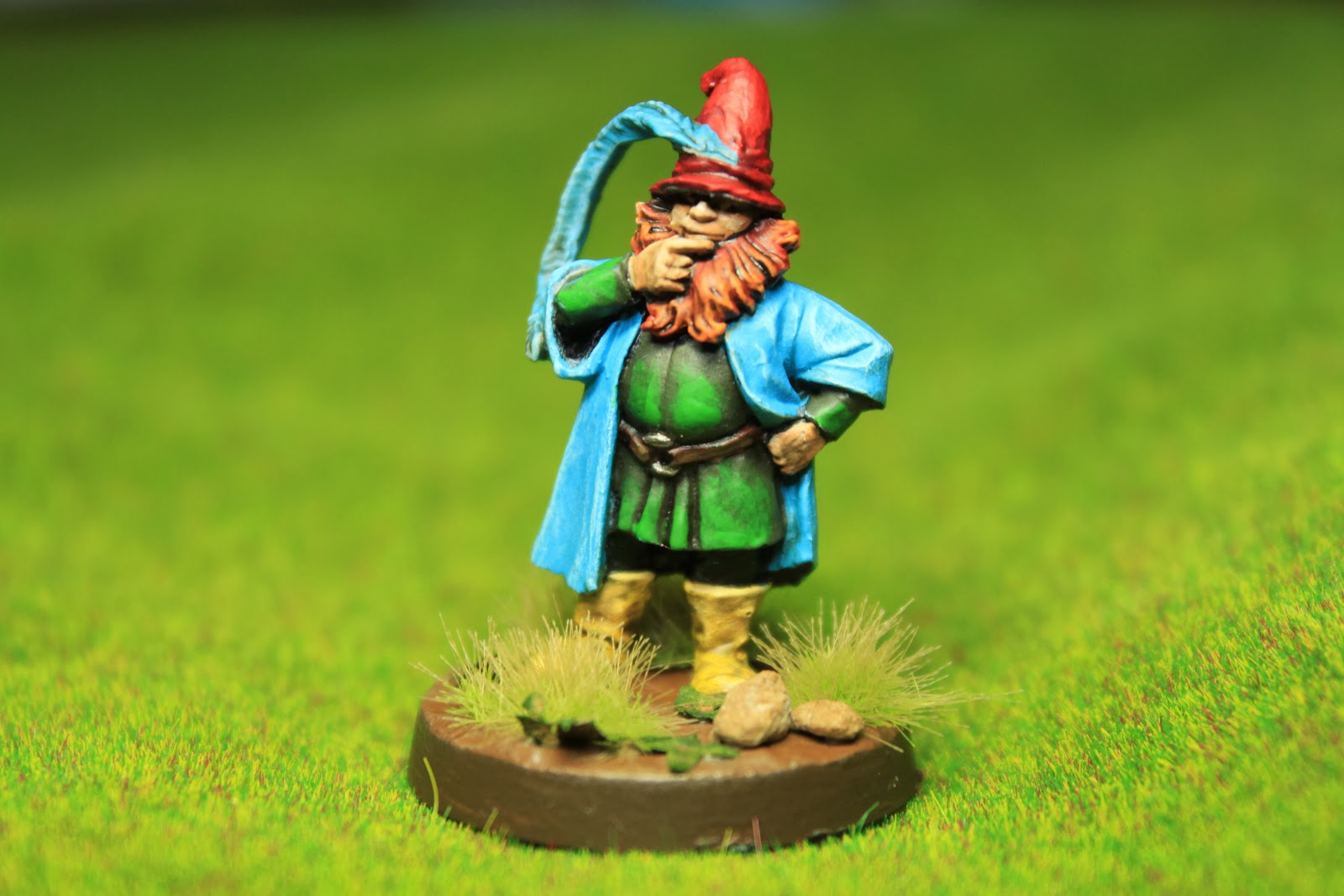 The origins of Tom Bombadil are very old indeed. "Eldest, that's what I am...Tom remembers the first raindrop and the first acorn...he knew the dark under the stars when it was fearless — before the Dark Lord came from Outside." The suggestion is that he is one of the Maia, similar to the Istari (Wizards). He is known by the Elves as Iarwain Ben-adar ("Oldest and Fatherless" in Sindarin), and dwelt in the valley of the river Withywindle, east of the Shire. 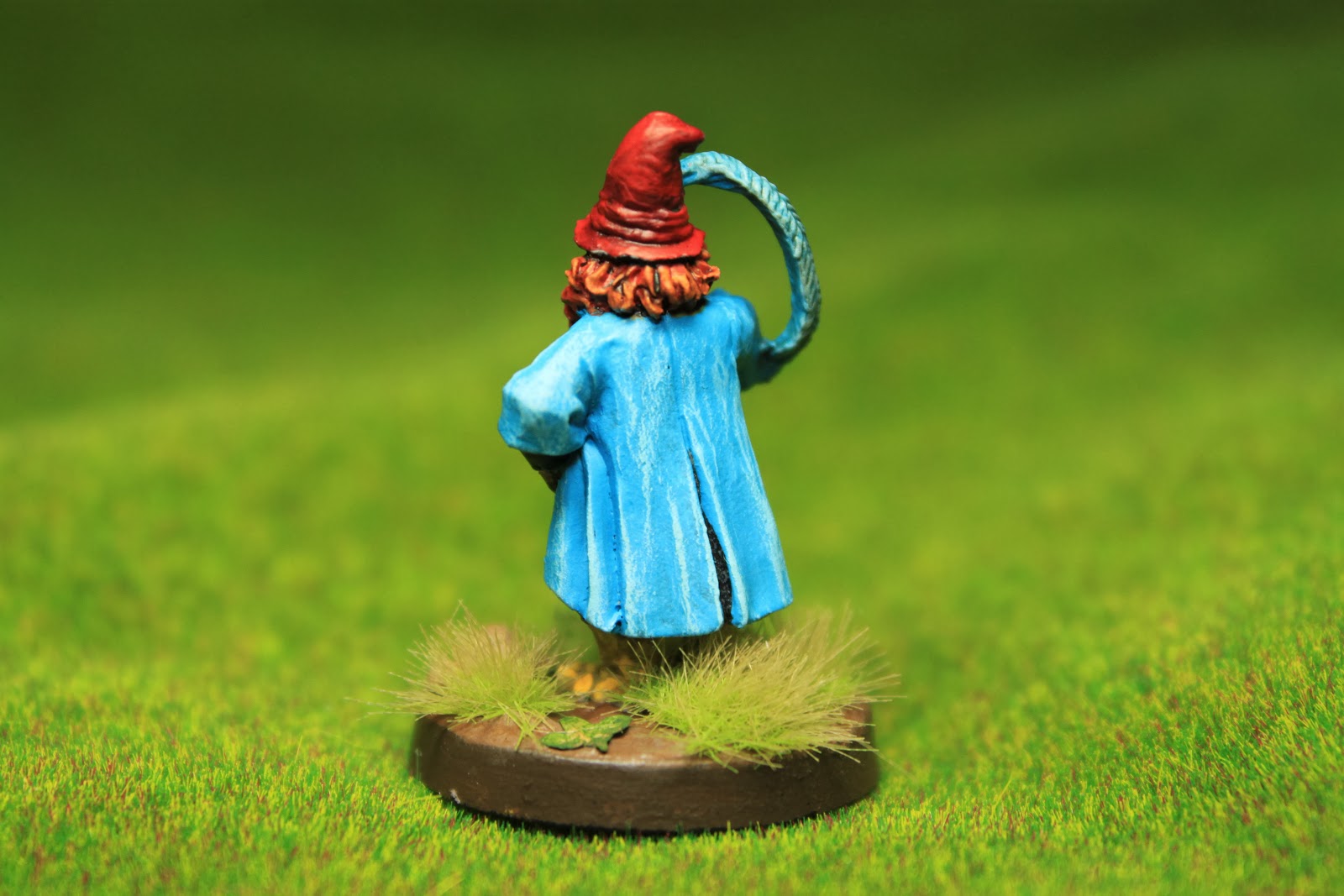 The description of Tom in the books is a little vague but he himself says "Tom Bombadil is a merry fellow! Bright Blue his jacket is, and his boots are yellow!" His great power is manifested through his words, either spoken or sung in stress-timed metre (7-beat lines broken into groups of 4 and 3) all of which makes him a unique and strange character that seems somehow deeply part of, yet detached from, Middle-Earth. No wonder then that Peter Jackson found it so hard to work Tom into his cinematic version of books! 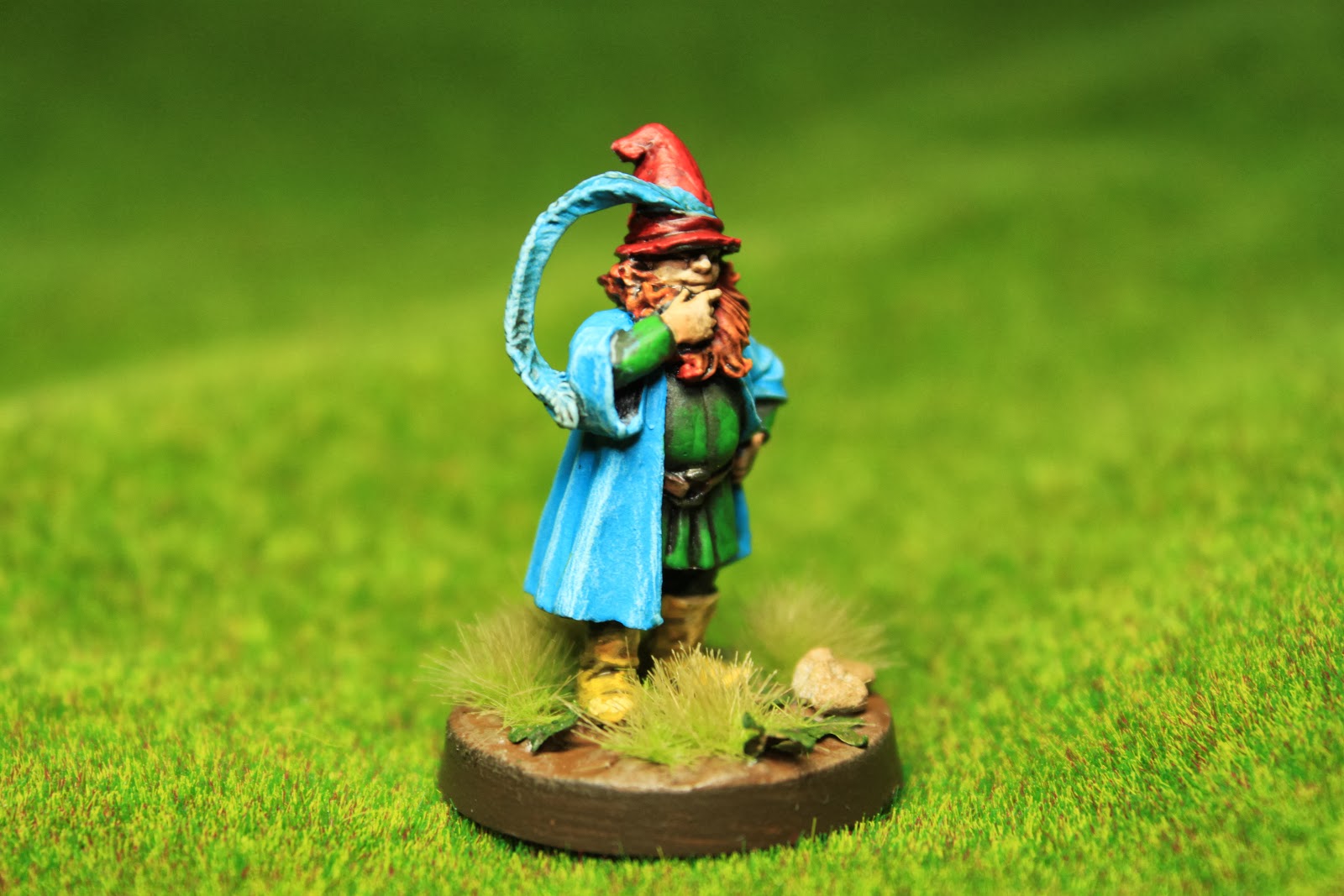 The figure of course is 28mm and is part of the Games Workshop LoTR's range.
Posted by BigLee at 07:00