Yet more 6mm tanks are rolling off the production line here at BLMA, this time more mid-war German ones for my North Africa project. This will be my last regular entry to the Painting Challenge (all I have left now is the final bonus round) but marks the beginning of a new phase of expansion for my Desert collection as I have just bought more British and German vehicles to create two new companies. Unfortunately I don't have time to get these finished for the Challenge so I'll hold onto them for a couple of weeks before commencing with the rest.

There are a mix of models in this formation. First off a platoon of Panzer IV F1's by GHQ. As usual the quality of these models is superb and with the right amount of highlighting and pigmented wash all the detail can be seen. Then I have some Panzer III N's again by GHQ. I'll need to buy several more platoons as these form the backbone of my panzer forces for late 1942. Lastly some more Panzer IV F1's but this time from Scotia. I came across these particular models by chance at a show recently and decided to give them a try. They are less detailed and slightly smaller than the GHQ examples, but at less than a third of the cost they are a much cheaper alternative. I'll assign the two platoons of Pzr IV F1's to different companies and my players probably won't even notice the difference. 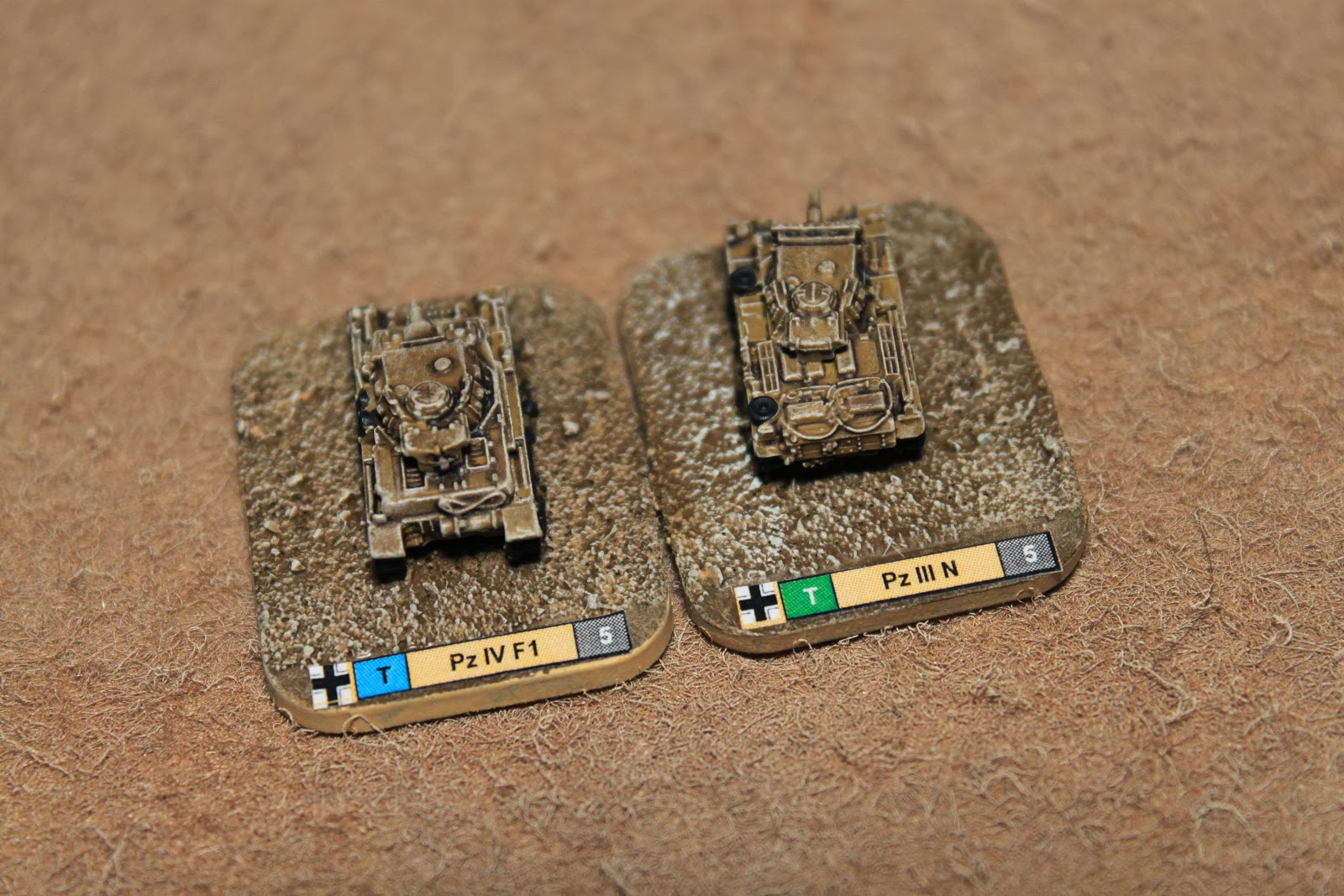 The sharp eyed amongst you will also notice that I have changed my base labels. I'll post a more detailed explanation of what the labels mean another time but the main changes are that I am now including a national flag and a regimental number. I'll be going back and replacing all the unit labels on my North Africa collection over the next few weeks as I reorganise them into new companies. This is something I should have done before I even started this project but better late than never and now that I have made the decision I'm confident I can re-label all my models in short order.

Incidentally the Oasis model is also a newly completed project although I can't enter it into the Painting Challenge because terrain isn't allowed. The palm trees are from Timecast and the irregular shaped mdf base from Warbases. I then built up the edge with plaster leaving a 'pool' in the centre. The whole model was then sealed with PVA for strength and then painted. I then mixed a little green and blue paint into some gloss varnish and poured it into the recess which would form the pool. The varnish is less than 1mm thick and dried to a slightly translucent dark glossy blue/green over several days and I think it looks pretty good. Once the water had dried I drilled holes for the palm trees around the edge of the pool, trimmed the metal 'trunks' to the right lengths and epoxied them into position.
Posted by BigLee at 07:53