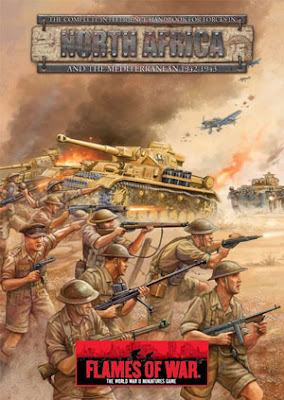 Thus far my foray into 6mm wargaming has been a little bit haphazard. I've painted several platoons and the core of a number of companies but without a clear idea of what I am aiming for. So over the weekend I sat down with a copy of the North Africa source-book and worked out several Company lists that I am aiming to build.

Much of what I need has already been painted but there are several platoons that are missing and still need to be built. I have some old models that I am in the process of cleaning up ready for repainting and I have ordered a few more (mostly Grant Tanks from Skytrex) to finish off my two British Companies.

When this lot is painted I will have four viable armies (2 Axis and 2 British) that work out about 3200 points per side. I can then think about fleshing out these units with Divisional Support platoons, AA Units and some specialist engineer teams and later still with additional support companies.

As you can see I still have a long way to go but having a clear plan (and the models to back it up) will help me focus on getting it all painted quickly. I've no idea how much this lot would have cost to recreate in 15mm but I'm sure it would be a small fortune and probably well beyond most wargamers means.
Posted by BigLee at 06:04