This medieval looking piece of equipment actually dates from WWI and was issued to early tank crew. The mask was designed to protect the face and eyes from flying splinters of metal dislodged from the inside of armour plate when hit on the outside by bullets or shells. The kinetic energy of an incoming round could even send streams of molten metal shooting off the inside of the armour, making the interior of the tank an even more hellish place to fight than it already was. I can't think of a more graphic artifact that sums up the brutal nature of early tank warfare more than this. 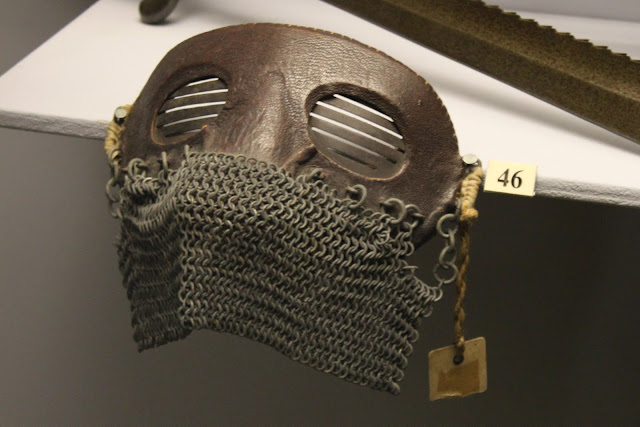 This example is on display in the Keep Military Museum in Dorchester. I'll be posting more pictures from this museum on Wednesday.
Posted by BigLee at 09:01