Time is speeding by in that slow-motion rapid blur timewarp that is the UK's covid Lockdown, and before I know it we are two-thirds of the way through the painting challenge. I'm still plugging away at the Chambers of Challenge bonus rounds, working through a pile of old lead miniatures and revisiting my youth with some old school fantasy figures. I have some historical stuff to work on this week but for the time being here are my entries for week eight of the Analogue Hobbies Painting Challenge.

This old figure is the last survivor of a lost army. The first wargame I played was Warhammer Fantasy Battle, back in the early '90s. It was a logical choice for my group of friends because we were all committed D&D players so trying out a Fantasy wargame wasn't as big a step as it would seem. The first (and only) army I build for this rule system was an Undead Hord which included masses of zombies, skeleton warriors in rusted armour, undead horsemen ready to sweep across the battlefield and even a Zombie Dragon that set me back a lot of money. The thing that made my army stand out was that of my group of 8 friends, I was the only one who fielded a fully painted army. Indeed most of the time I played against entire forces of grey unpainted miniatures (the horror!). 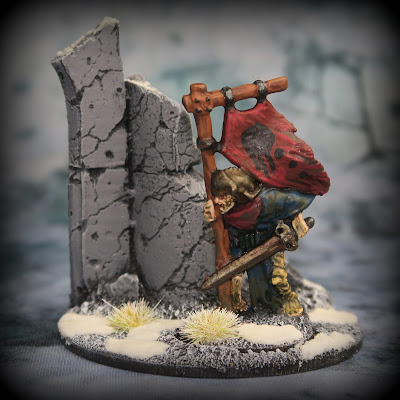 As a group, we only played this system for a couple of years and eventually, we moved on to other games and one by one we sold off our armies, mine included. I regret not keeping a few pieces of this army even if, looking back, the panting was shockingly poor. Then I recently found this model and realised he had somehow missed the cull, and survived in my collection long after his comrades had gone to another home. When I saw the Chamber of Challenge entitled Oubliette, I knew instantly what I was going to paint. 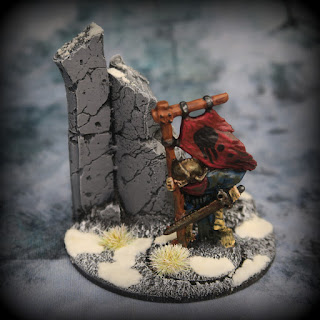 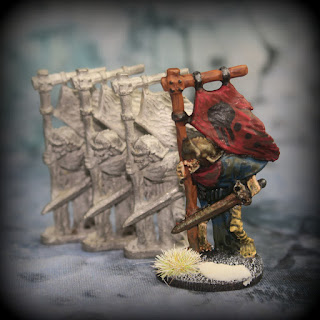 I actually had four of the same model (no idea why I bought four) so this Grenadier figure from 1991 will go on display with his unpainted companions. Because he's the last survivor, and a reminder of my earliest days of wargaming, I also made a small terrain base for it using some spare resin scenery I bought and didn't use in the last challenge.

The Tomb - Gothic Vault and a Restless Resident

I can imagine the conversation had by the family of the occupant... "If we build him a really outlandish gothic tomb maybe he'll stay dead this time". 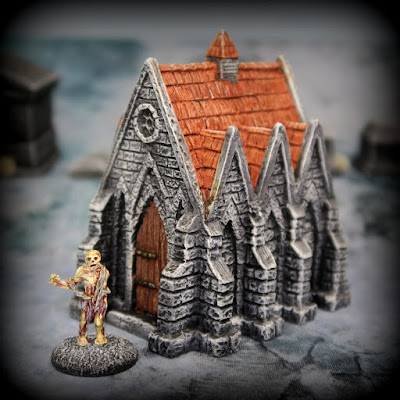 I bought this excellent resin crypt from Debris of War before the last Challenge but didn't have time to finish it. It is such a nice model that it couldn't stay unpainted any longer. I really like the resin terrain by this company as it flawless and paints up really well. The model is pretty small at 3.5"x3"x4" so it is barely a 5th of a terrain cube...but it looks marvellous so it had to be my entry for this round. 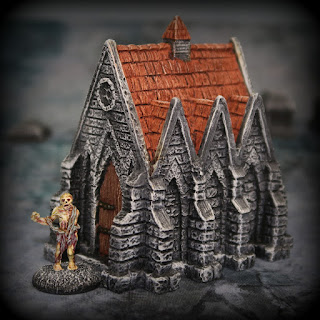 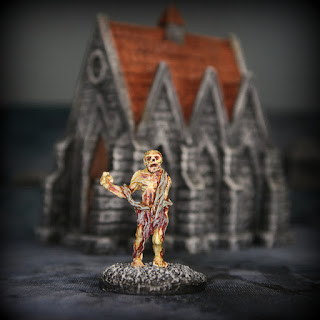 The figure is a 1984 Grenadier Zombie which I bought on eBay a few months ago. I couldn't let the poor fella go unpainted any more, and while his torn shirt may once have been expensive and fancy, his tattered appearance now made me feel sorry for him.