I had already decided I wanted to end the Painting Challenge bonus rounds with a Lord of the Rings themed entry when I saw that the final theme would be 'Fellowship'. I gave the idea some thought and one scene from the films stood out - the battle at Weathertop. I had some old bits of GW scenery that could be cleaned and recycled and I was sure I had some unpainted Nazgul somewhere in my lead mountain. Sure enough, I found the components for a little diorama featuring a Sam and Frodo figure combo that I found on eBay. 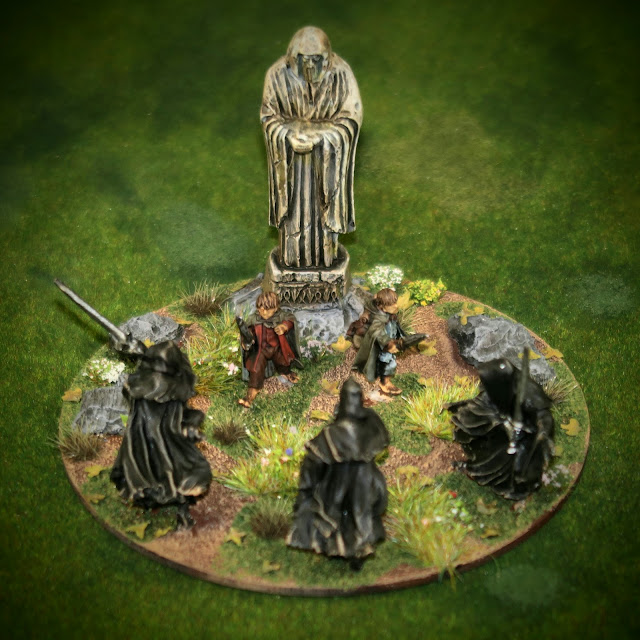 The Nazgul were simple enough to paint, although I did add a little 'dirt' around the bottom of their cloaks so they are not just plain black. For Frodo and Sam I found a reference picture from the films to get the colours approximately right. I used army painter wash rather than my normal ink on these and I think that worked well considering their small size and fine detail. When I discovered the statue it was already painted, but so battered and chipped that I decided to strip it and repaint it from scratch so that I could use it in this model. 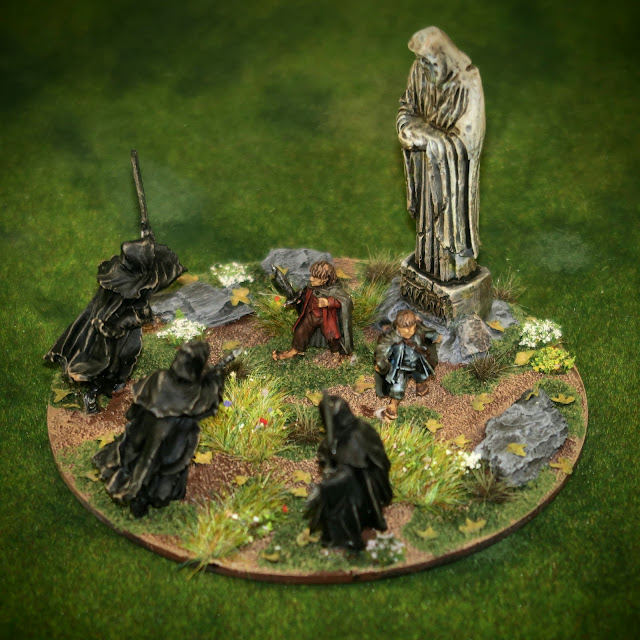 The Nazgul are approximately 28mm, the hobbits are the same scale but stand about 22mm tall and the statue towers over the lot, coming in at about 55mm (it's not technically a figure so I'm not expecting points for that). I had wanted to add more terrain but time was pressing and in the end, I'm glad I went with the simpler layout. 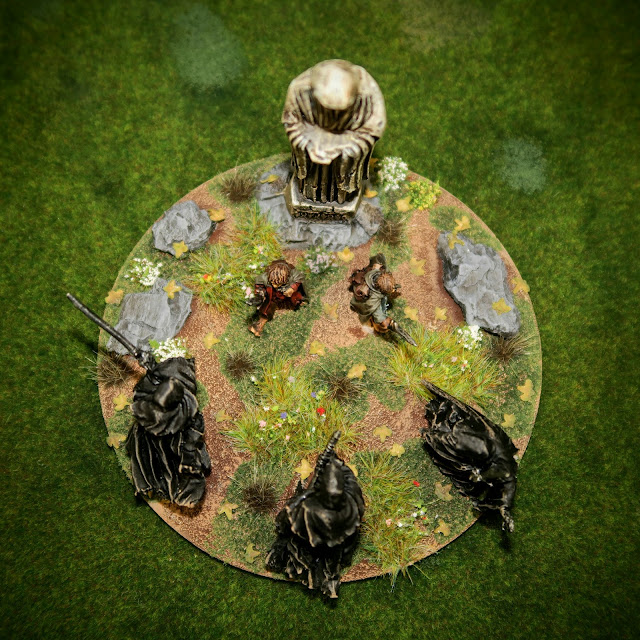 I'm quite chuffed with this little diorama, especially considering it was thrown together from bits out of my lead mountain.
Posted by BigLee at 08:30