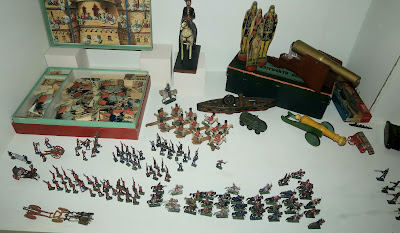 Last week the wife and I went out for the day and after a bit of wandering we ended up at Colchester. We had a very nice afternoon wandering around town, browsing the shops and exploring the Castle Museum and next door at the Hollytrees Museum. The latter is set inside a Georgian Town House in the grounds of the parkland directly adjacent to the Castle Museum. Somehow we have missed this when we visited in the past but this time we decided to make the short diversion inside. The varied collection includes domestic artefacts from across the ages, a modest WWI collection and a small but interesting collection of Toy Soldiers.

I was of course very interested in these although I have to say their position in a ground floor cabinet did make looking at them difficult. In the end I had to lay on the floor to get a better view (much to the horror of my wife). The undignified position did give me a much better view of the figures although my poor wife's embarrassment was greatly increased when other visitors had to step over me!

So what was to be seen? Most of the figures looks like Britons toy soldiers and were of the type that I guess many kids of a certain age probably had in their carpet armies. Some of the models were 'Flats' which have always had a fascination for me. Unfortunately non of the models were labelled in any way so there is nothing more that I can say about these. That being said here are a few larger pictures of the modest collection on display. 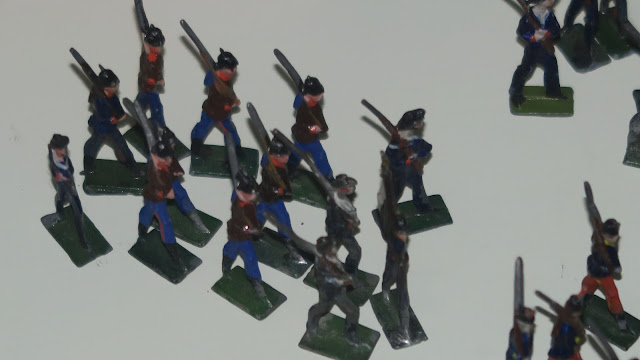 Outside in the grounds of the Castle there was also a very nice WWI commemoration display. 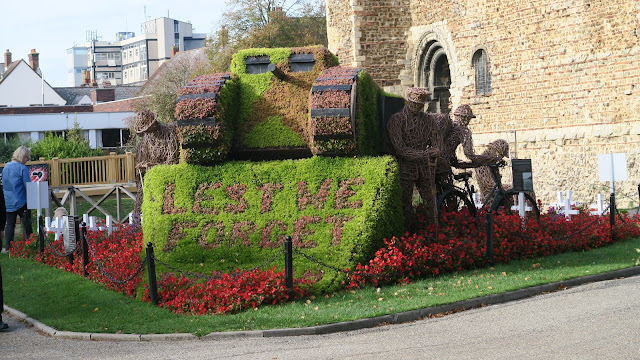 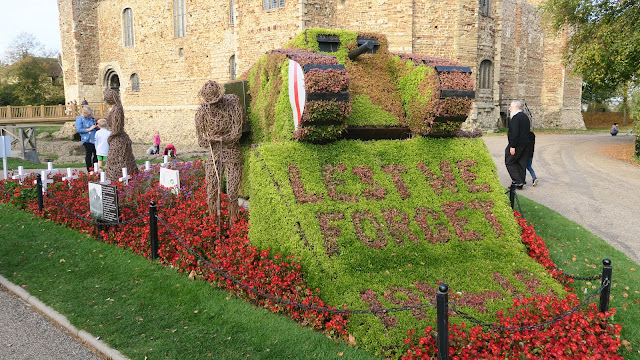 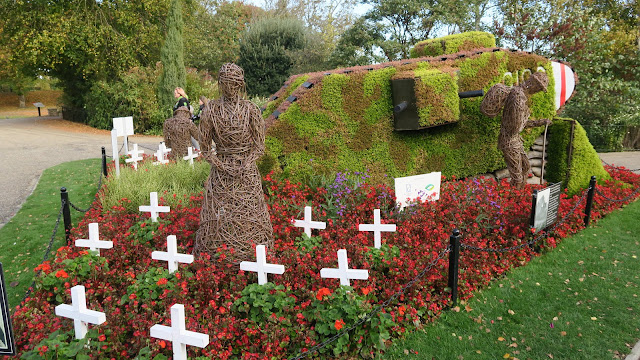 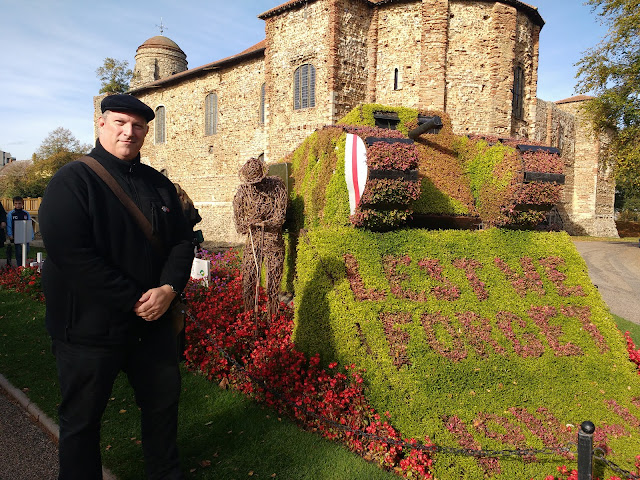 All in all a cold but interesting day out.
Posted by BigLee at 15:27