Unlike previous bonus round this time I already had a couple of potential figures in my lead mountain that I could have used...and I still ended up buying something just for this entry. My submission is a 28mm Highland Piper by Warlord Games from their English Civil War range. I immediately liked the figure and in a fit of madness decided I had put off painting Tartan for far too long. Having completed the figure I now understand why I avoided it. Despite hundreds of hours painting 6mm figures I now realise my hands aren't nearly as steady as I had thought and my eyesight not nearly as sharp as it should be. Lets just say there was a lot of muttered swearing as I tried to paint this guy's kilt! I wish Vallejo did Tartan paint. 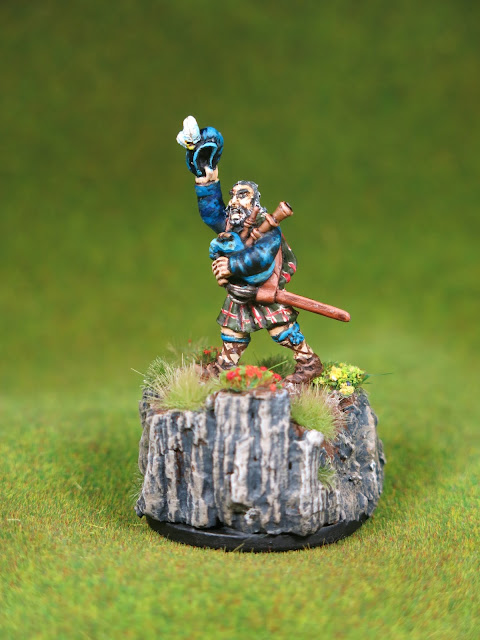 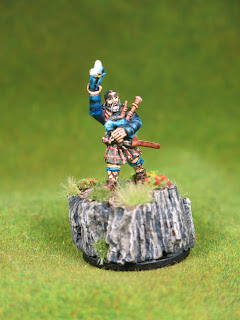 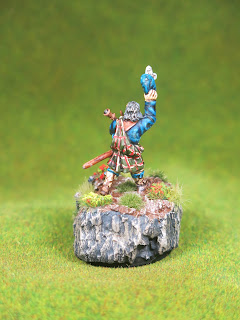 The figure wasn't on a particularly fancy base so I decided to do a bit of landscape gardening to build it up into something resembling a rocky outcrop. I have visions of this guy overlooking the battlefield and putting out a rousing tune to inspire the boys. The rocks are made from chunks of Cork cut and shaped to fit together, with wood filler holding the whole thing together.  The result is a fairly substantial but lightweight display base for my highlander to stand on. 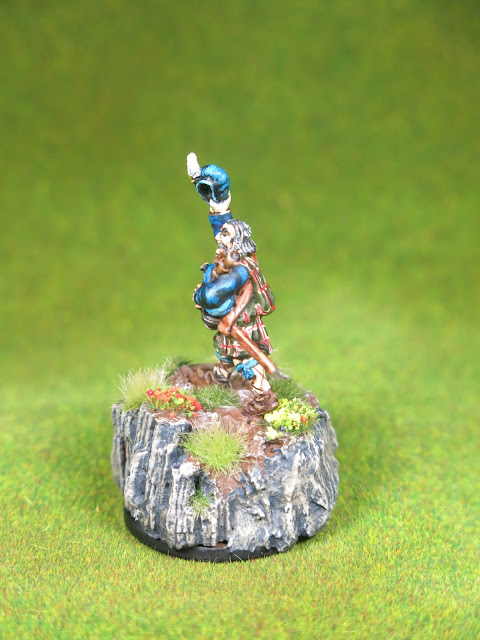 Not the best miniature I have turned out for a bonus round but the best I could do considering my shaky hands and bad temperament last week! Having said that I'm looking forward to the final bonus rounds as I have some cracking models to work on.
Posted by BigLee at 17:30