24th Foot at Isandlwana... plus Cattle!

As promised my own brand of insanity continues with six companies of 1st Battalion, 24th Foot from the Zulu War, this time formed up in a firing line. For those that have been following my recent painting projects you may by now have realised that I have been rather selective in my choice of units. I am focusing primarily on troops that were present at the Battle of Isandlwana, 22nd January 1879. Six companies were involved in the battle, five from the 1/24th and one unlucky company from the 2/24th. The aim - eventually, a long way down the line - is to play a few 'what-if' scenarios regarding this disastrous engagement. I expect I'll be painting units for this battle and for the wider Zulu war long after the painting challenge has ended... so don't be surprised if you see more of this project in Challenge Nine! 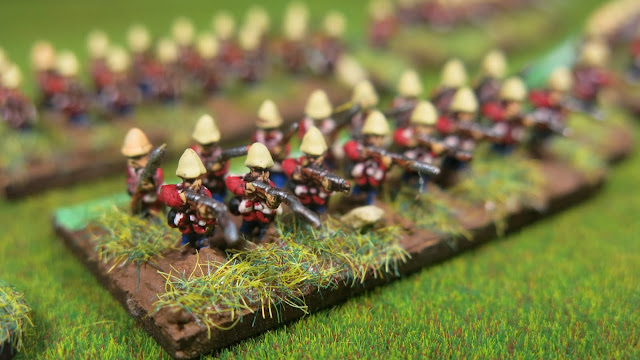 My original plan was to have the command figures amongst the ranks on a single base but at the last minute I decided I wanted the company commanders to be based separately. In keeping with the theme each if the bases is labelled with their company details and the name of the commanding officer.

Once again I have lavished as much detail on these figures as my rapidly fading sanity (and eyesight) would allow. Overall I am happy with how these turned out, although it has to be said that I'm terribly self critical and no sooner had I finished than I began picking out details I could have done better. Luckily these won't be the last British infantry to cross my painting desk so I expect I'll have plenty of opportunity for improvement! 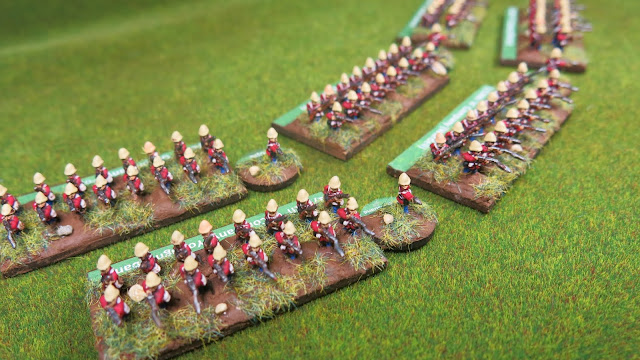 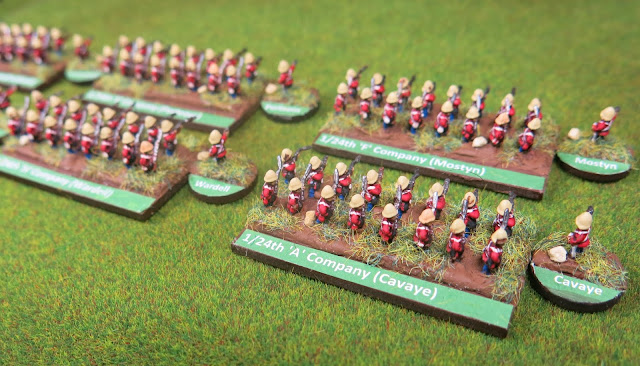 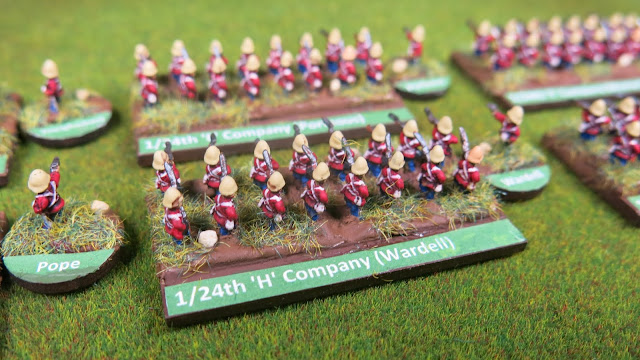 I'm also submitting several bases of cattle that I managed to get finished this week. 'Steak on the Hoof' was used by both sides as a source of fresh meat for the troops. 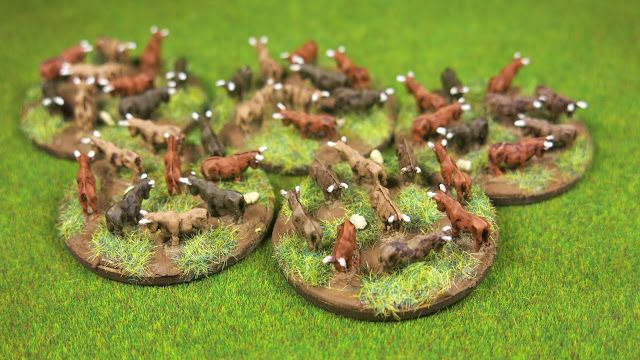 96 infantry figures plus six commanders will net 51 points with a further 22 points for 45 cattle which should earn me a grand total of 73 points. This should bring me to within a whisker of my challenge target and and my best performance yet. I'm not about to stop though, I have yet more Zulu's to paint, imperial cavalry, wagons and more besides.
Posted by BigLee at 20:21