Time a something a little different, and not a Zulu in sight! The first British units I have painted are six companies of British infantry marching. I'm planing on painting the same six companies three times; first marching; then in a formed firing line; and last as an extended skirmish line. The idea is this will give me some tactical options on the tabletop... that is if I ever settle on a set of rules!! 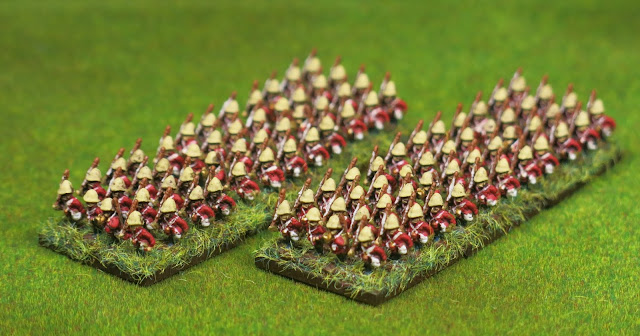 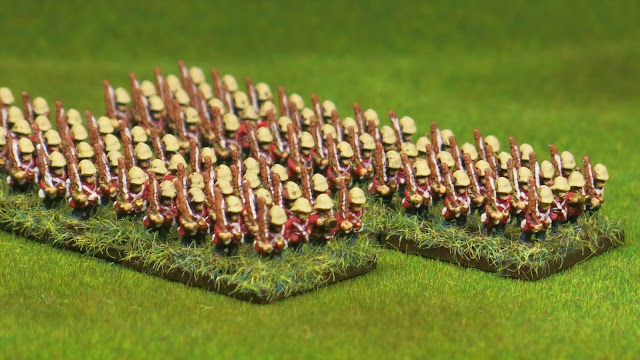 Once I have these completed I plan on painting some artillery and if I have time, support cavalry. This project will keep me going long after the challenge ends as there are such a wide range of units available, including lots of Boer irregulars, Natal Native Contingent and other specialist companies. 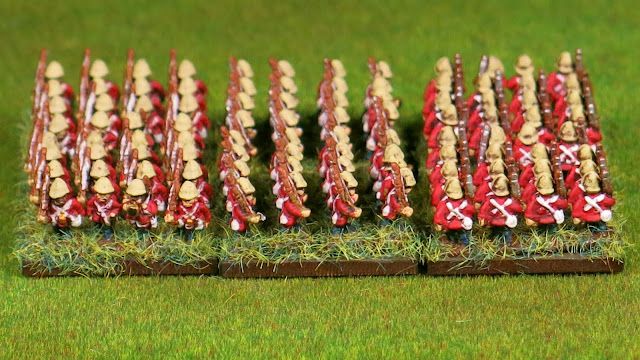 Needless to say painting British colonial infantry is a 'bit' more challenging than painting Zulu's. Fortunately they come in smaller units so I was able to lavish more detail and time on these figures. I have opted for buff coloured field helmets, not the bright white ones seen in the movies. However I stuck with parade ground white belts and pouches. I also remembered (at the last moment) to include white straps on the Martini-Henry rifles.

I haven't labelled these bases although I probably will when I paint up the formed companies. I found these a daunting challenge but now that I have finished my first set I feel the next lot will progress a lot easier so expect to see more British Infantry in coming weeks.