With most of my Analogue Challenge preparation done I have turned a little time to some unfinished projects that I wanted to square away before the competition starts in earnest. This building is from Timecast and is described as a Middle Eastern Mosque although it looks a lot like a building I have seen in pre-war photo's described as a Market Hall. It'll make a nice addition to my collection, whatever I use it for. 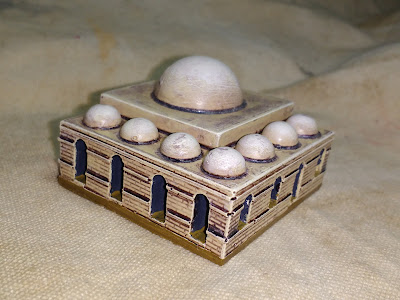 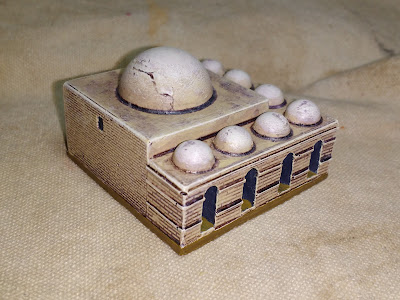 The paint job was relatively simple with a base coat of Iraqi Sand and an ink wash to bring out the brickwork. Then several gently applied layers of dry brushed Ivory to bring out the sharp edges and the top of the domes.
Posted by BigLee at 13:17