Today I have another post in my series of civilians for my 6mm ancients collection. I've painted several carts and a wagons but now its time to make some bases of civilians camp followers, those poor buggers that have to walk like the rest of the army. Once again these are from Baccus and are pretty generic so can be used through any number of ancient periods. 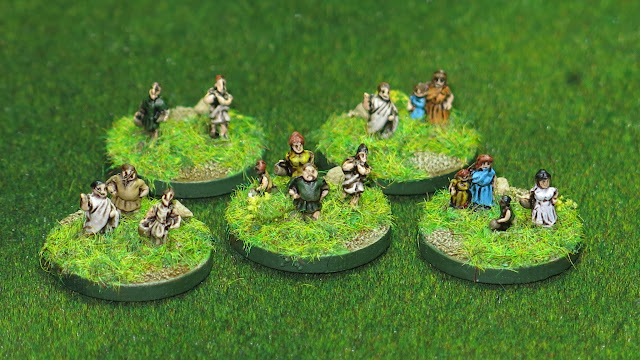 These aren't fighting units so I haven't based them on rectangular bases, instead opting for some of my smaller circular bases that I normally use for commanders. I have a few more strips of civilian models so I will probably paint up some more at a later stage...if I can think what to do with them! 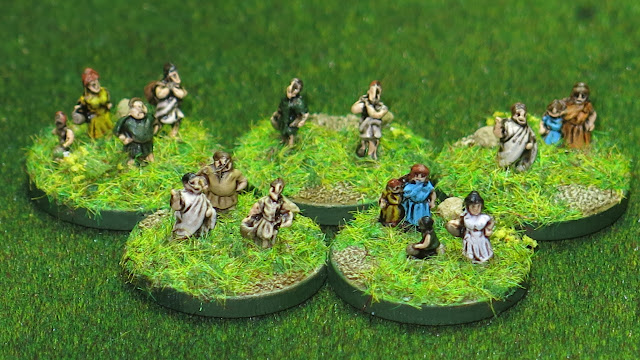 And here are the foot civilians with the carts and wagons I finished earlier. The entire baggage train is now finished. 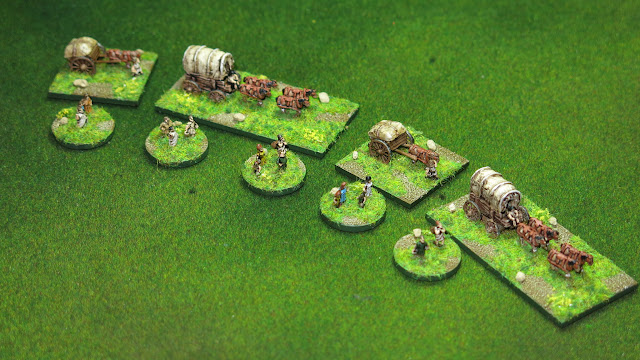 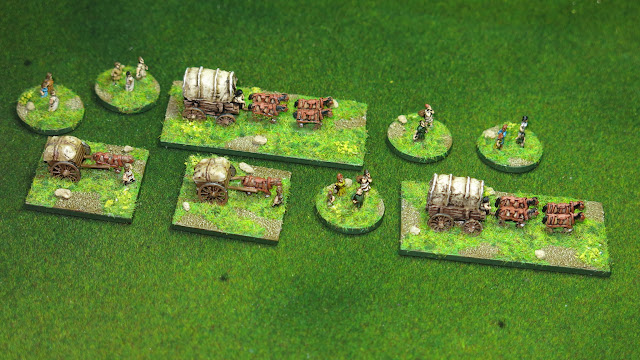 Diversions like this aside, its probably time I picked up my brush to paint some more fighting units. I've recently bought some Celts for use as allies to the Carthaginian's so maybe I'll do them next...but first I'm off on holiday for a week!
Posted by BigLee at 07:30