A few nights ago the Rejects gather online (rather than in the Shed-o-War) for an evening of WWII fighter combat. Richard (of My Wargaming Habit fame) hosted the game using Zoom as the medium for five of us to join and play. We played this very simple game a month ago and had such a good time Richard decided to do it again. 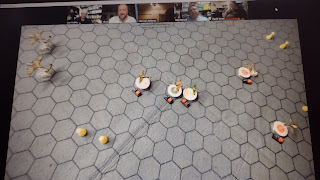 Each plane's altitude and speed were shown using coloured dice and each plane had six points of movement available to spend on a simple set of manoeuvres. These included forward for one point; Forward & up a level for two points; slipping left or right and dropping a level for two points, and a full 180° loop rising one level in the process. The order of activation was determined by a combination of Altitude (higher is better) and speed. Play was across a hex tabletop and the aircraft are all 1/300th scale models from H&R I believe. With this really simple set of rules, five of us were able to strap into the cockpits of our fighters and do combat over a couple of hours. 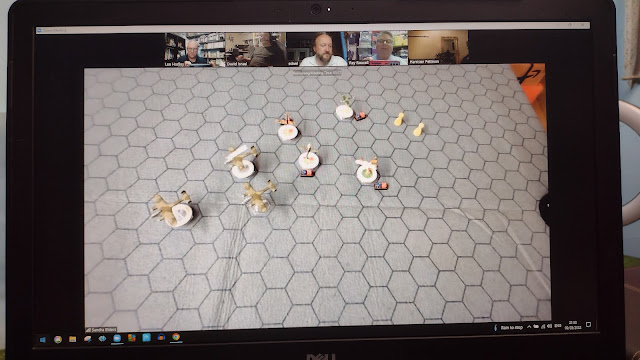 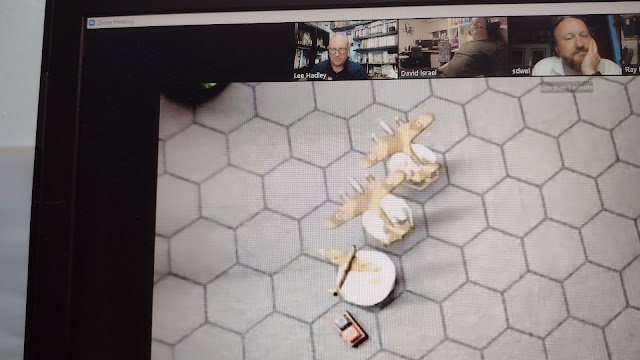 The result was unfortunately a German victory, but the real winners were all the participants as we had a really good time cheering each other on. I'm pretty sure my neighbours must have been wondering what all the noise was about, given that this was an evening game 😆.