Winter has enfolded the land in its cold embrace and magic hangs thick in the air. Now is the time of year when goblins are abroad so lock your doors, bar your shutters and stoke up the fire. Tramping through the snow Father Grottmass is just as likely to hit you over the head and take your presents than leave some under the tree. I guess that's one way of dealing with the naughty list! 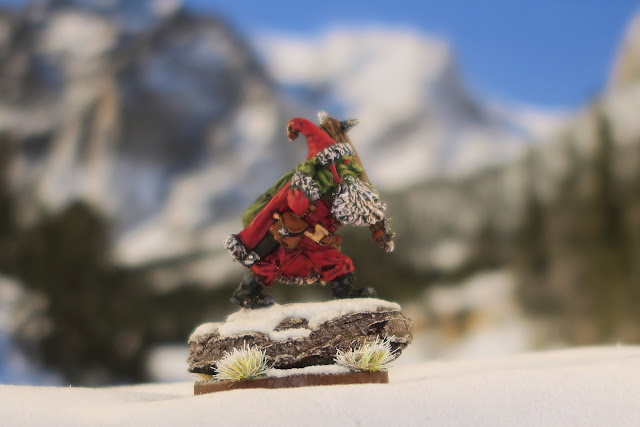 Starting the Analogue Hobbies Painting Challenge with a fantasy figure is becoming something of a tradition for me so when I found this in my Lead Mountain I knew it had to be my opening entry to Challenge IX. This is a 28mm white metal figure from Midlam Miniatures. It came with a plastic slotta base but I swapped this for a cork 'rock' and cut a slot in it to mount the figure. This setup gave me more surface area to add some groundwork such as snow and frost covered grass. I'm getting quite a collection of Christmas themed models, but I expect I'll have to raise my game for Challenge Ten! 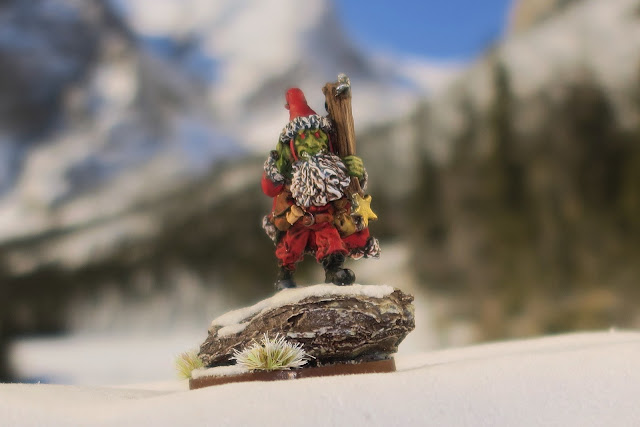 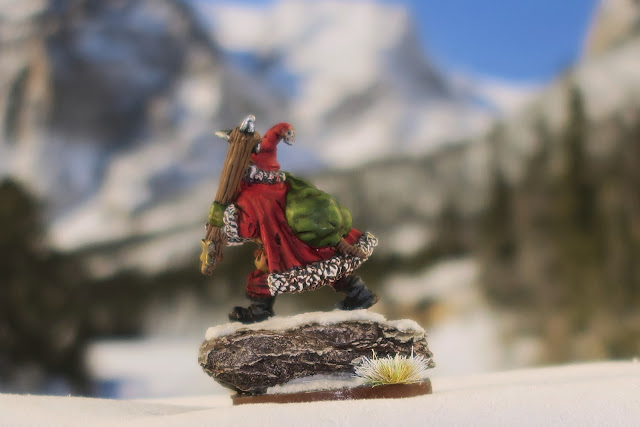 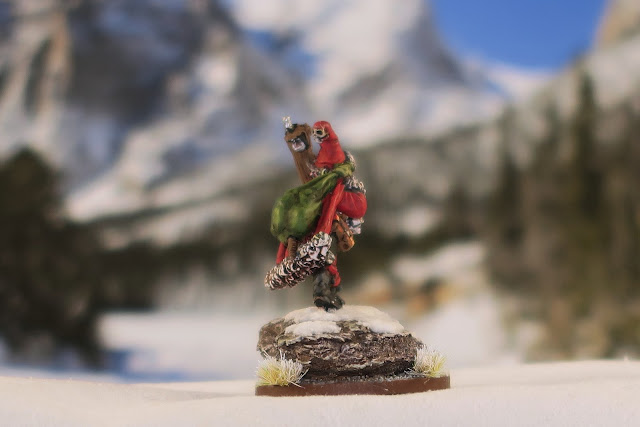 This was a relatively quick and easy figure to paint with plenty of detail in the model to make shading and highlighting easy. I particularly enjoyed the little details like his fake beard and the skull tassel on the tip of his hat. I was able to get most of the painting done Friday morning before heading into work, with a few hours in the evening for varnishing and groundwork. The 'snow' (from Tamiya) takes a couple of hours to set but it is by far the best snow product I have ever used. It is very easy to apply using a small spatula and can be smoothed easily with a wet brush.

So a modest opening entry but at least I have points on the board. I'm already working hard on my next entry for my Anglo Zulu War project but I don't expect that will be ready until after the holidays. So let me take this opportunity to wish all my readers a very Happy Christmas.
Posted by BigLee at 08:00