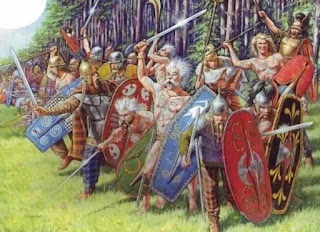 The latest addition to my 6mm Ancients collection are three large units of Cisalpine Gauls. These will be added to my Carthaginian army as allies. Hannibal built a complex and varied alliance of troops from North Africa, Spain, Northern Italy and further afield in his invasion of the Roman Republic. His Celtic allies - in particular the Boii and Insubres of the Po River valley - were particularly important after the long and costly march across the Alps. These Celtic tribes chafed at their recent subjugation by Rome and Hannibal was able to convince them that an alliance would bring a chance for revenge, plunder and freedom.

I originally had enough figures to make four bases but these have sat around on my desk for several weeks and several models got damaged. When I finally returned to the project I realised that some figures had broken weapons and a couple broke off at the legs because they had been bent. In the end I decided to take the best strips of figures and make three bases rather than four, which is ample for my games anyway. 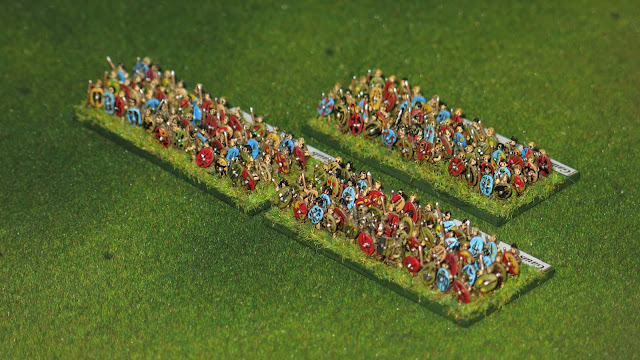 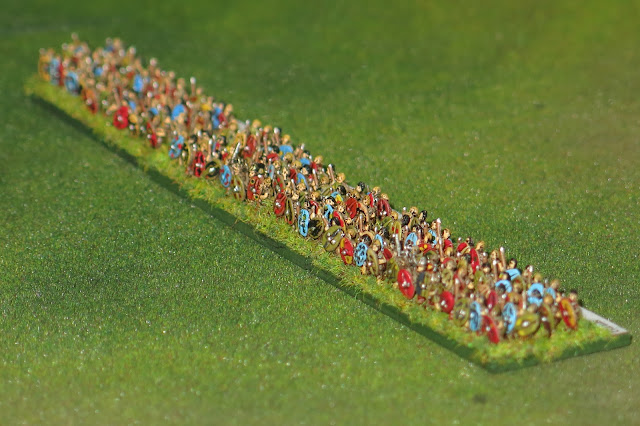 These will probably be the last figures I paint until the Analogue Challenge starts in December. I have a lot of figures to clean, prep and prime and this will keep me quite busy until then. One of the things I want to do plan out a proper schedule of work and calculate an accurate target score this year. I got a lot done last year (despite entering the race rather late) but I was very haphazard in my approach. I have even less free time going into this winter than I did last year so careful planning is absolutely essential if I am to hit a meaningful target.
Posted by BigLee at 07:20